Welcome to another week in the NFL. A loaded week with a lot of action and adding more to it with the Titans at Rams meeting taking place Sunday.

It has been a long week for the NFL. However, rolling into another week of fantasy football, its time to look ahead. In this blog, I’ll be sharing my picks for starters, bench warmers of the week and possible waiver wire add in the near future. Let’s get to it.

Starters in Titans at Rams Match

Rolling into week nine and projected for a potential 80+ yards game this week is this guy!

Easily being the top running back option for the LA Rams as Sony Michel continues to struggle to adjust to this offensive scheme, Henderson is in for a great matchup this week and potentially a top 10 RB this week across the league. Aside of the Detroit game and the Arizona game, Henderson has been consistent in running the ball for about 50-70 yards per game.

The titans have allowed about 5 yards per carry to running backs. Making it even a stronger case for Henderson to be your starter this week.

Additional Starter of the Week! 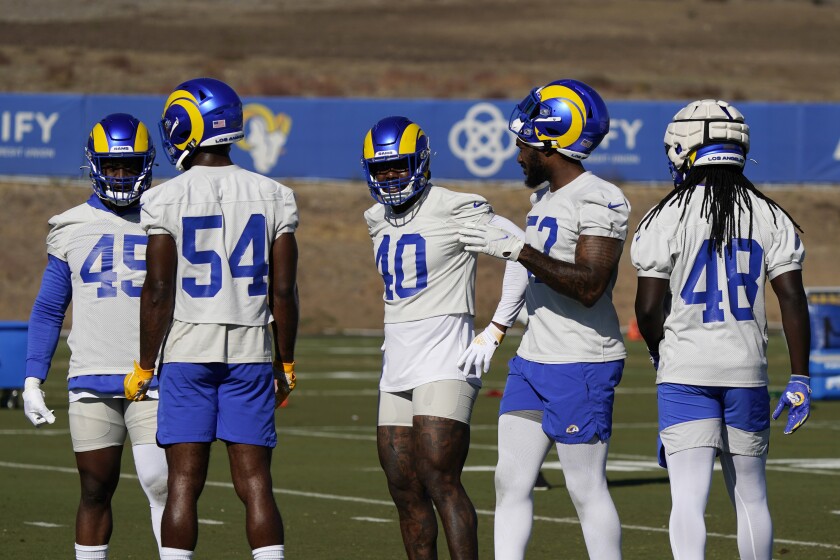 As part of the action happening in the NFL, and in the case you missed it. I have some news for you, Von Miller is now part of this already difficult defense!

Reason you should be starting them this week, aside of the aforementioned news is simple. Tennessee is currently missing its top player in Derrick Henry, while yes, they added Adrian Peterson, the seven playmakers now on the Rams defense will be a nightmare. In addition, this defense will pester Ryan Tannehill creating plenty of sacks to come.

Easily, a top 5 starting defense for the week.

Who You Need To Bench!

It has been rough pumpkins for this defense and this week doesn’t get any easier.

The titans defense roll into week nine averaging 25 points allowed to opposing offenses. While they have been strong in creating intercepting plays, they struggle to stay consistent especially against tougher challenges. In weeks seven and eight, the opportunity to improve their defense was there and they took advantage of that. Holding Kansas City to 3 points but yet bouncing back to allow Indy to score 31 on them.

Personally, I see this being a game very similar to that of week six against the Buffalo Bills. Adding how difficult its been to control Kupp and Stafford, this is a game where you can find stronger options than this defense.

After an unfortunate injury that took Derrick Henry out for the season, the Titans added AP to their roster.

At 36 years old, Peterson is in for another opportunity to make his career even that more impressive. In a team where the running game is front-and-center of their offensive attack, Henry is replaced by a legendary running back in Peterson. Expect Adrian’s ceiling to be pretty high in this offense, while he may start by sharing carries, don’t be surprise if he becomes their number one option out of the backfield in weeks to come. Therefore, a top option to watch and monitor in waiver wires across most leagues.

Hope you enjoyed this Titans at Rams preview. Check out Kiwoom and Jones show for more options. Link at bottom of this article.