A divisional battle out west. That’s what we get in week five of the NFL season. The Arizona Cardinals are the lone undefeated team in the NFL. The San Francisco 49ers head into the desert to put an end to the Cardinals undefeated season. It’s going to take a team effort to take down this Arizona team. Let’s get into this fantasy football preview: San Francisco 49ers vs Arizona Cardinals.

Deebo Samuel is the best receiver on the 49ers. Samuel will need to go above and beyond to help out rookie quarterback Trey Lance (yes, Trey Lance is starting). Plus, San Francisco will be without George Kittle so that means Samuel will get extra targets in the game. The Cardinals have an average defense which Samuel will take advantage of. Samuel is coming off of a two touchdown game against Seattle, who also aren’t great on defense. 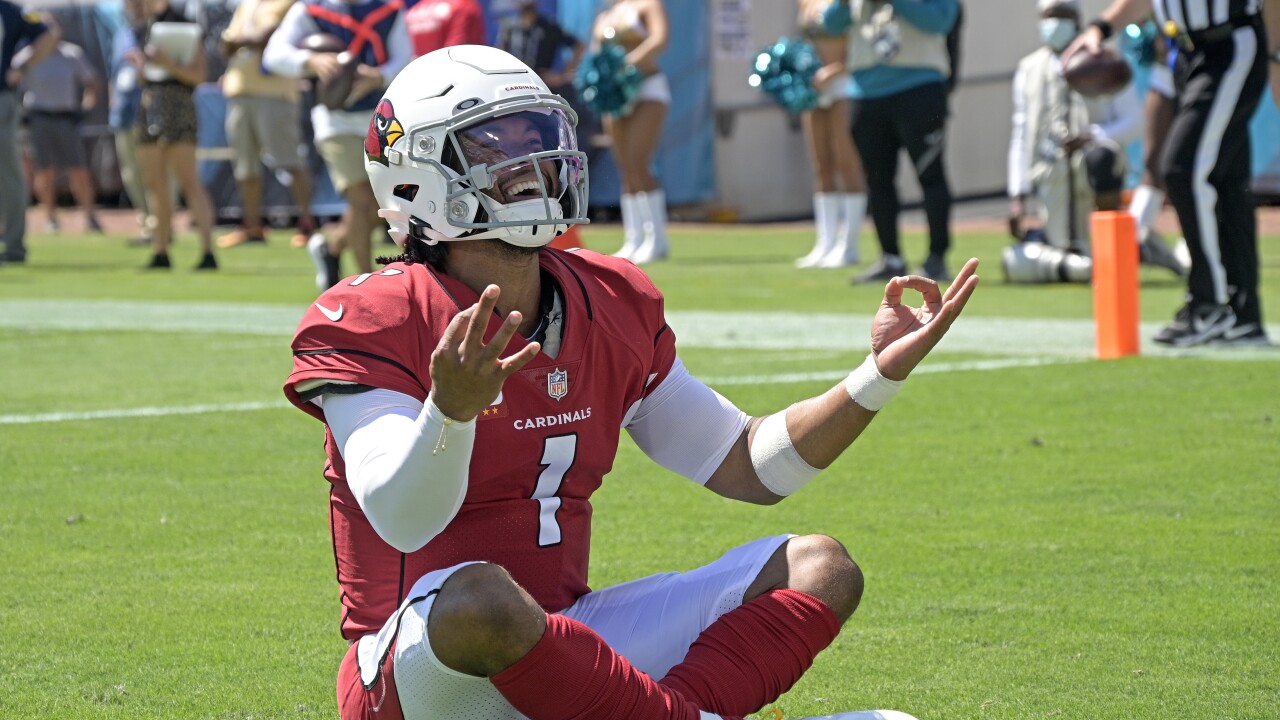 The early season MVP is a must play in every week. But, let’s highlight Kyler Murray. So far Murray has nine touchdowns this season and a total of 1,273 passing yards. The 49ers defense has given up seven passing touchdowns this year through four games. Expect Murray to add to that total. The Cardinals offense has been nearly unstoppable so far this season.

Welcome back Elijah Mitchell. The rookie running back is returning from injury this week and he’s coming back at the right time. Before his injury, Mitchell was an early contender for this year’s “Cinderella” in fantasy football. Mitchell should be able to pick things up right where he left off. If he can get by the defensive line of Arizona, there’s a chance Mitchell’s return overshadows Trey Lance’s first career start. Obviously, put Mitchell in the flex position.

This might be surprising to some. But, James Conner is worth it when it comes to starting him. Conner right now has more rushing attempts than Chase Edmonds, and more touchdowns. Plus, Edmonds is currently nursing a shoulder injury. If Edmonds is a no-go then James Conner will get the snaps at running back.

Trey Lance is going to be making his first career start this Sunday. The temptation is there, yes. Lance has already seen the field this year in a few specific plays that cater to him. But, now he’s going the full length. The Cardinals defense is just average. Lance should have some comfort in finding his receivers. Plus, as we all now, Lance can make plays with his legs. Lance has an advantage here as nobody as seen what he can truly do from start to finish.

It’s not worth the headache. Kyler Murray and that Arizona Cardinals cannot be stopped. Anyone who has the 49ers defense should bench them or release them for the week and try their luck in re-claiming them off waivers. This defense has no business being in anyone’s starting lineup this week.