I know we have not even reached the all-star break yet. However, the MLB MVP race in both the American League and the National League seems to be a two player race. With each passing day, Shohei Ohtani, Vlad Jr. Fernando Tatis Jr., and Jacob DeGrom do something more incredible than the day before. Despite it being only near the end of July and there is a lot more baseball to play, the MLB MVP race already has its clear frontrunners.

The front runner for the National League MVP is Jacob DeGrom. I had predicted that DeGrom would come away with the Cy Young Award, which he pretty much already has locked up. However, not many people projected this type of season from DeGrom. Right now, he boasts a 0.50 ERA with 117 strikeouts. The level that DeGrom is pitching at currently has literally never been done before. He is doing things on the mound that haven’t been done since the 1800s. It is very difficult for a pitcher to win the MVP, but it can be done. Just ask Clayton Kershaw and Justin Verlander.

Tatis is having an excellent season, but he will need DeGrom to falter and he would need to continue his success to take home the hardware. 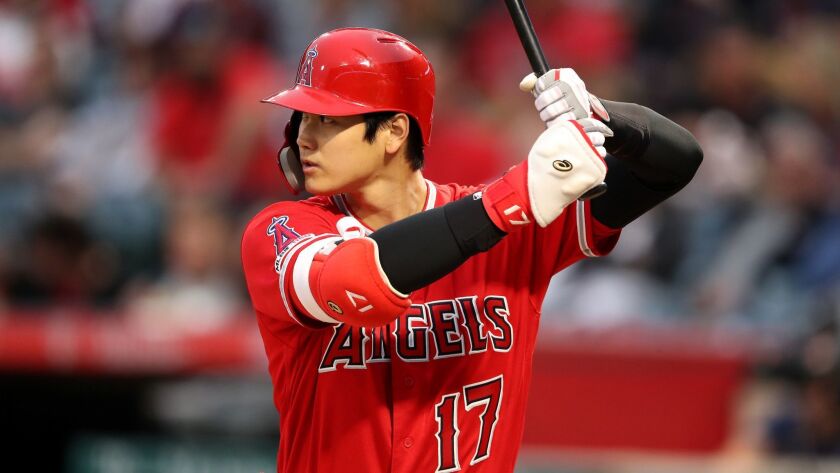 Shohei Ohtani is literally the closest thing to Babe Ruth we have seen since, well, Babe Ruth. The major distinction between the two (besides 714 home runs), is that Ohtani continues to pitch while Ruth gave it up as his career went on. Ohtani is currently slashing .269/.353/.643 at the plate with 24 home runs and 55 RBIs. He also boasts a 2.58 ERA and a 177 ERA+. Not only is Ohtani hitting at an elite level, he is also pitching at an elite level. His success as a two way player will revolutionize the game and open the door for more players who want to be two-way players.

If Ohtani and DeGrom win MVP, it will be the second time that two pitchers bring home MVP in the same season. The only other time that happened was in 1968 when Bob Gibson and Denny McLain accomplished the feat.

The breakout season that we have all been expecting from Vlad Jr. has finally arrived. The guy was heralded as a can’t miss prospect who took sometime to adjust to the big leagues. Like Tatis, Vlad Jr. is leading the American League in 2/3 of the triple crown categories. He currently leads the AL in home runs (25) and RBIs (62). He trails only Michael Brantley of the Astros in batting average.

Do not quote me on this, but based on my research, if Vlad Jr. wins this season, he and his dad would be the first father-son combination to win the MVP. Vlad Sr. brought home the award with the Angels in 2004. Vlad Jr. was an extremely hyped prospect who people were already labeling as a bust at the veteran age of 22. It is nice to see him silence the doubters.

Personally, I love seeing a youth and pitcher movement in the MVP race this season. I love not having the same names (Trout, Betts etc.) every year. There is a good chance that history will be made this season with a pitcher-pitcher duo or the first father-son MVP combination. All four of these players are instrumental to their team success and making baseball exciting for the average fan. DeGrom, Ohtani, Vlad Jr., and Tatis Jr. are all must watch TV each time they step up to the plate or step on the mound. No matter who wins the MLB MVP race this season, two other very deserving players will have missed out.