First, Jacob DeGrom’s ERA is sitting at a comfortable 0.62 through 9 starts this season. Pedro Martinez had the record for lowest ERA through his first 9 starts of a season with a 1.19 in 2000. Jacob DeGrom’s is almost half that with only 10 less innings pitched. Currently, Kevin Gausman of the San Francisco Giants is second in the National League with a 1.27 ERA. Gausman is also second in the National League with an ERA+ of 300. For reference, league average is 100. Jacob DeGrom’s ERA+ sits at a lowly 624. That means he is 524% better than the league average pitcher for this statistic. For reference, the greatest single season in terms of ERA+ was from Tim Keefe in 1880. Pedro Martinez is second with a 291 ERA+ also during his historic 2000 season.

What Jacob DeGrom is doing in terms of his ERA and ERA+ are simply numbers we have not seen in over 100 years. There is obviously a lot of baseball left to be played. However, this is the start of one of the greatest pitching seasons ever.

Generally speaking, velocity tends to go down as you age. However, Jacob DeGrom has only thrown harder the deeper he goes in his career. As of two days ago, there have been 127 pitches that registered at 100 mph or faster. Jacob DeGrom is responsible for 74% of those pitches. He has thrown 94 fastballs at 100mph or harder. The pitcher who is second is Shohei Ohtani with 8 pitches at 100 mph or harder. When DeGrom first came into the league in 2014, his average fastball velocity was 94.2. According to Baseball Savant, his average fastball velocity this season is 99.2 mph. Jacob Degrom is 1 of 2 starting pitchers in the top 10 of average fastball velocity. DeGrom is ranked number 3 in all of MLB and Sandy Alcantara is number 8. 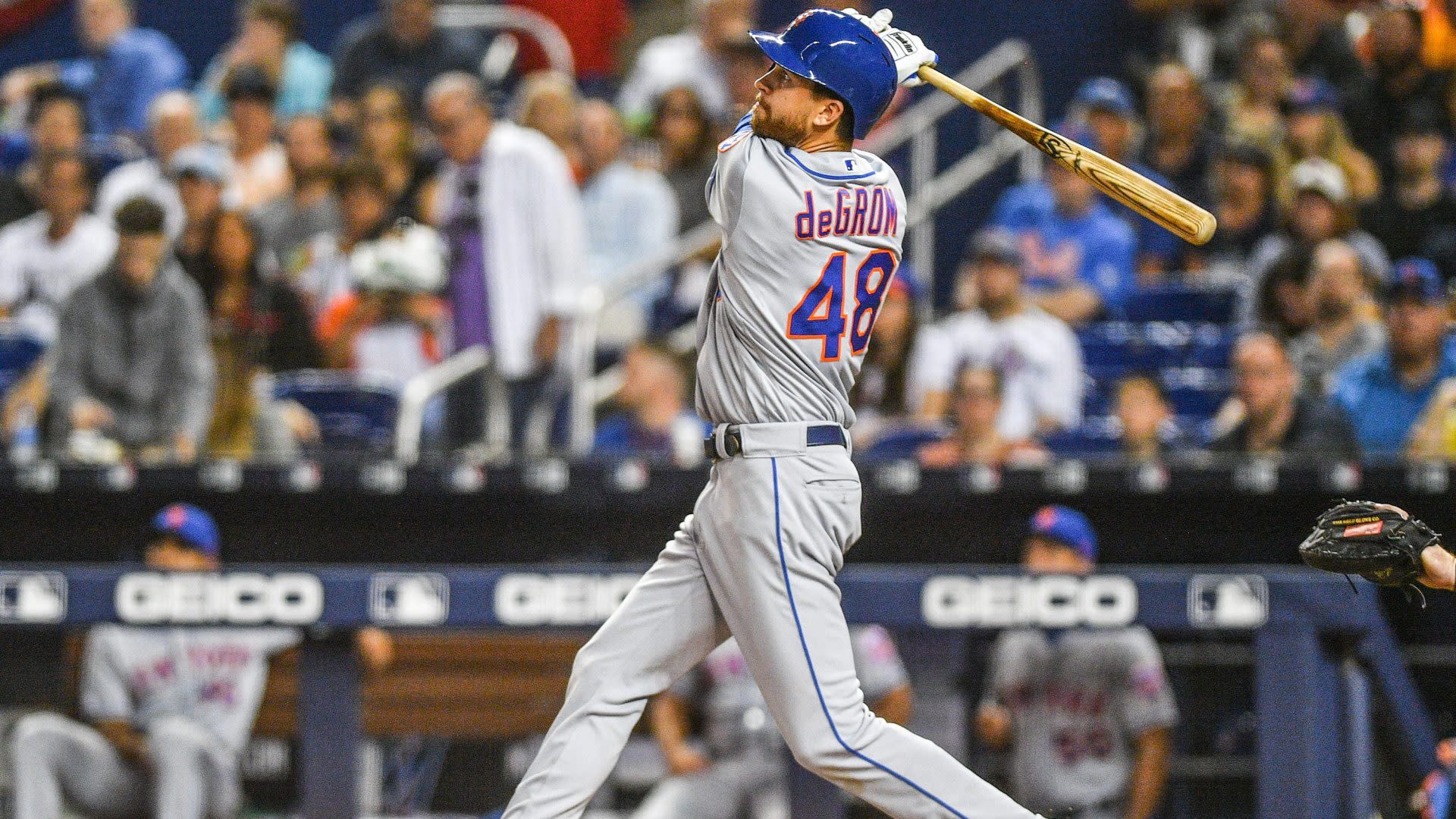 Jacob DeGrom has only given up 7 total runs this season with only 4 of them being earned. In contrast, he is responsible for creating 7 runs offensively. He has driven in 3 runs and has scored 4. He is also hitting .391 on the season and has a .826 OPS. As good as he has been on the mound, he is showing just how good of a baseball player he is by also showing out at the plate.