With the start of the NFL season right around the corner, its time to share an unbiased prediction about the Patriots record for the 21/22 season.

I will be sharing with you all my thoughts on this season. Will base it on the games I see the New England Patriots losing, the tougher matchups, and some concerns that may come up during the season. Let’s get to it shall we?

Here’s a quick look at the schedule for the Patriots this season! We have some major matchups during the season. However, the game everyone is looking forward to comes in week 4, when Tom Brady comes home to face Bill Belichick and his old home crowd. Now that we know what the schedule looks like, what are some of the games this season that I see the Patriots losing?

The Match Of The Season! Pats First Loss

The week 4 battle between Bill Belichick and Tom Brady will be one for the ages! Obviously, the number one concern for me as a Patriots fan is how the defense will address the Tom Brady factor. However, there are deeper concerns for me that bring me to think we could lose this game. A major concern for me is the Bucs receiving threat, in week 4, we won’t have our corner back, Stephon Gilmore as he will be in the PUP list. Additionally, the running game that Leonard Fournette and Ronald Jones offer for Tampa can be a lethal threat to deal with for our defense.

Bucs’ defense is also extremely physical, this could be a game where Mac Jones will struggle in the pocket and to be honest, I am worried as to how well protected Mac will be in order for him to be able to sling some throws. I see this game ending 34-20 for the Bucs.

Other Losses This Year!

Ok so the Panthers have a new QB in Sam Darnold. However, he isn’t as much of a concern to me as a healthy Christian McCaffrey.

We all know the talent CMC is and when healthy, how much of a threat and a bruiser he can be to most defenses as he isn’t shy when it comes to physicality. It also doesn’t help that out of the 7 times these two teams have met, Carolina has won 4 of them. For some reason, Patriots struggle when it comes to the Panthers. The other factor could be, this may be the year we see an energized Darnold and him connecting with WR’s like Terrace Marshall and DJ Moore, that could be a problem for the Pats D.

I am concerned as to how the Patriots will deal with the dual RB threat that Nick Chubb and Kareem Hunt present in their offense.

Additionally, Jarvis Landry can be a playmaker and a deep threat in the corner. Will Gilmore be ready by then? Will he even be a part of the team? Big concern! Let’s not forget, if Odell Beckham Jr. is healthy this season, those two together present a big issue for our defense.

The Titans have a really good offense this year! Yes, they lost their TE in Jonnu Smith as he was dealt to the Patriots.

Coach Vrabel managed to pull a huge get as Julio Jones is now part of this team and will only enhance their WR efforts as AJ Brown and him will be a deadly pair. That of course is, if Julio can stay healthy. One factor that can’t be forgotten though, King Henry! Derrick Henry is a force to be reckoned with and a BIG Problem for most defenses. I’m not sure how this defense will contain Henry. Let’s not go down the road of history either as in 2018 we got dismantled by the Titans 34-10.

The Bills remain a really good team for this season. The addition of Emmanuel Sanders to this team is also something to worry about as he enhances the WR core with Stefon Diggs.

While I think the Patriots can manage to make this as close of a game as possible, home crowd advantage for the Bills will also play a role. Therefore, a reason for this potential loss. 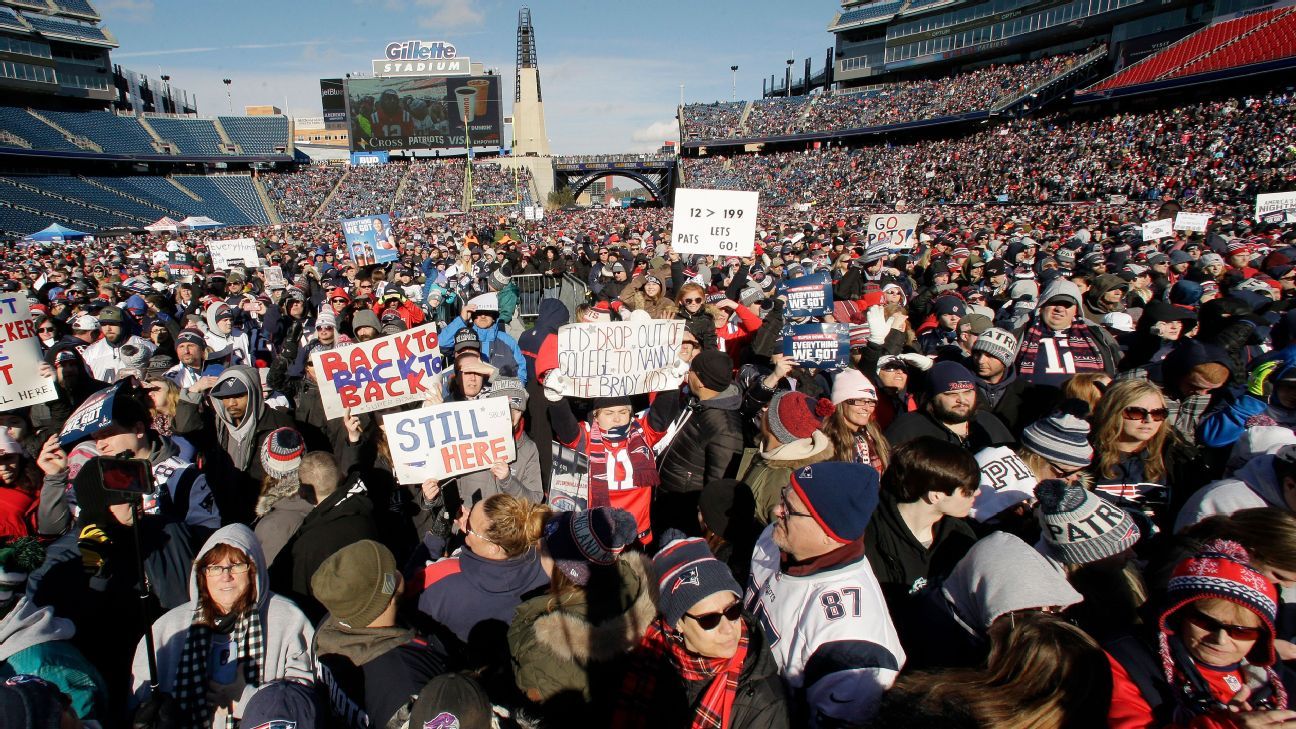 Honestly, I am beyond excited for this season.

Ahead of the Patriots record prediction I will make for this year, I think the first factor that will help the Pats this year is having a full crowd available this year.

Another important factor to my Patriots record prediction is the start of the Mac Jones Era in Foxboro. For me, this team has a decent schedule this year to display its improvements made during the offseason. Adding the TE party of Hunter Henry and Jonnu Smith will be fun to watch here in New England again.

My prediction is a 12-5 record for the Pats this year. I also predict this will be a year where we can see Nkeal Harry be heavily involved in the offense but I believe Nelson Agholor will be a productive force for this Pats offense as his speed will be a challenge for teams like the Falcons and Jets defensively.