It is the most wonderful time of the year! Here in the Chatterton household, we got the tree up, ornaments hung, and stockings hung by the chimney with care. Soon, presents will be stuffed under the tree and I will wake up Christmas morning like I am 10 again. I have thought a lot about what I should include in my letter to Santa and I came up with a few ideas. Here is my sports Christmas list.

I cannot remember the last time the Mets signed one of the top free agents on the open market. Was it Jason Bay (lol am i right?)? Carlos Beltran? I honestly don’t remember. But this season, they are in the running for George Springer, Trevor Bauer, and JT Realomuto. I would love to wake up Christmas morning and find one of those guys in a Mets uniform. If I had my choice, I would choose Springer and then combine that with a James McCann signing. McCann is one of the better catchers in the game, was a gold glove finalist last year, and costs about 1/4 of what Realomuto is asking for. 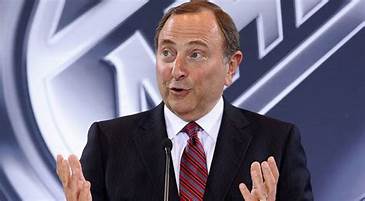 Somehow, the NHL went from one of the more competent leagues during the pandemic and the restart process to now in jeopardy of not having a season. Apparently a January 1 start date is still in play, but it is more likely that will be pushed back. The owners are showing their inner Mr. Krabs and trying to renegotiate a deal that they had already signed, sealed, and delivered. Hopefully they get their act together soon and get a formal plan in place.

The Giants in the Playoffs

As of now, the Giants are in first place and looking like the best team in the NFC East. Their main competition is the Washington Football team and the Giants have already beaten them twice this season. They need to win at least two of their 5 remaining games. In order for that to happen, they need Colt McCoy to play decent football until Daniel Jones gets back. Playoff football would be very valuable for this team and their development going forward.

The Knicks have a had a very hard time playing competent basketball the last few seasons. However, they seem to have built themselves a pretty good young core in Mitchell Robinson, RJ Barrett, and Obi Toppin. The preseason starts this Friday for the Knicks and all I ask is they play competent basketball this season. They need to start making strides in the right direction. They have been rebuilding for what seems like forever, and they haven’t made too much progress on the court. The Knicks need to make final decisions on guys like Frank Ntilikina, Kevin Knox, and Dennis Smith Jr. If they cannot make big strides this season, it is time to move on.

I feel like all of these are very possible. Until the Mets actually land that top tier free agent, it will be hard to believe they can actually do it. The NHL needs to put on their big boy pants and really buckle down and figure this stuff out. I need to see Alexis Lafrenier on the Garden ice this season. The Giants are looking like the best team in the division. That really isn’t saying much, but it is better than being the Cowboys. And finally, this year will be very important for the development of the Knicks roster. It put up or shut up time for some of their young guys. I hope Santa can be generous this year. I am not asking for much. Sports are an amazing escape for me and a lot of us, and in today’s world, we really need that escape.