In case you missed it, reigning Cy Young winner, Trevor Bauer signed with the Dodgers the other day. Bauer was treating his free agency similarly to Lebron did back in 2010 by trying to keep everyone on the edge of their seats. He ultimately released a college commitment type video and revealed he will be pitching for the Dodgers. Bob Nightengale reported that Trevor Bauer and the Mets had reached a deal on Thursday, but per usual, he was wrong. It was between the Dodgers and the Mets in the very end and Bauer chose his home town blue. Bauer joins an already stacked rotation with Clayton Kershaw, Walker Buehler, David Price, and others. It is also the perfect counter to the Padres acquiring Blake Snell and Yu Darvish earlier this offseason.

Mets fans were torn on the idea of signing Bauer. Bauer has a controversial history of harassing people on social media and sending his followers to bully people who criticize him. However, Bauer would have also made the Mets better and improved their World Series chances. Even though the Mets missed out on his services, it may be a blessing in disguise.

Other needs to fill

Starting pitching is not one of the Mets needs this offseason anymore. Yes, Trevor Bauer would have made the Mets rotation, but it is not like the Mets have done nothing to improve their rotation. They brought back Marcus Stroman who opted out of the 2020 season and acquired Carlos Carrasco in the Francisco Lindor trade. They still have Jacob Degrom and Noah Syndergaard returning from injury. The rotation will be just fine.

They can now use the money they did not spend on Bauer to fill in other needs. They still need to look for a defensive upgrade in centerfield (hello Jackie Bradley Jr.) and continue adding depth to the bullpen.

Mets fans have always been very active on social media pining for the team to make high profile moves. The days of the Wilpons are over and Steve Cohen is at the helm. The expectations were very high coming into the offseason with the possibility of signing any of Bauer, George Springer, or JT Realmuto. They struck out on all of them or chose to go in another direction and fans are calling it a failed offseason. Mets fans need to wake up and realize that the best player to change teams this offseason is Francisco Lindor and guess what team he is on? The Mets. The Mets have been one of the most active players this offseason and acquired one of the best players in all of MLB. They upgraded their rotation, shortstop, and catcher all with very solid moves. 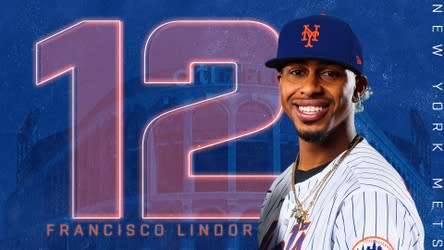 Missing on Bauer also leads to a more realistic road for extensions for some of the Mets key players. They need to extend Lindor, Michael Conforto, and Noah Syndergaard as all are entering the final year of arbitration. Lindor is certainly at the top of the list as they acquired him to be the new face of the franchise. Michael Conforto has blossomed into a star and has become the players the Mets thought he could be when they drafted him back in 2014. These are cornerstone pieces the Mets need to lock up, and having Bauer would have made that very difficult.

Personally, I think the biggest miss of the Mets offseason was George Springer. He is an upgrade over Brandon Nimmo in every facet of the game.  A lineup of Pete Alonso, Dom Smith, Jeff McNeil, Michael Conforto, and George Springer would have been deadly. However, the Mets have had an amazing offseason and have proved the culture is changing in Queens. They are a legitimate World Series contender with or without Trevor Bauer, and this season should be one to remember for Mets fans.