The New York Knicks had themselves a successful preseason. They finished the four game preseason with a 3-1 record and actually looked like a competent basketball team. I am by no means expecting them to be anywhere near the playoff picture, but some of the answers to fans questions are starting to take shape.

They closed out the preseason by dominating the Cavs last night. They controlled play from start to finish, played excellent defense, and shot the ball well from 3. There is still a lot to improve upon, but my wish of competent Knicks basketball might come true.

The Knicks have struggled to find a point guard ever since Raymond Felton left for the second time. They thought they found their guy in Frank Ntilikina when they drafted him, but up until this point, he has been a disappointment. Then they traded for Dennis Smith Jr. in the Kristaps Porzingis trade, and that has not worked out well either. With the 25th pick in this year’s draft, the Knicks selected Immanuel Quickley out of Kentucky. Many people questioned the pick and obviously the jury is nowhere close to coming to a verdict, but Quickley looked really good this preseason.

He started the last two games against the Cavs and dominated last night. Last night, he put up 22 points, 5 assists, and was 3-5 from deep. Coming into this season, we knew Quickley could shoot the ball, but the rest of his game is up for debate. As of now, he is silencing those critics as he has definitely earned premier minutes come the regular season. He took advantage of some bumps and bruises to the rest of the PG room and balled out. Quickley can get into the paint and score, distribute the ball, and shoot well from beyond the arc. He is making all the players on the floor with him better, one of the true markings of a good point guard. 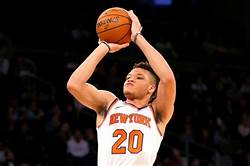 One of those players that Quickley is making better is Kevin Knox. Knox has looked like a different player so far this preseason. He is playing far more aggressively, shooting lights out from 3 (especially the last 2 games), and playing some solid defense. Knox has been a polarizing player over the course of his career. After a fairly solid rookie season, he took a big step back in year 2. This is a very important season for Knox as he is coming near the end of his rookie contract. He needs to show that he can be a dependable player on both ends of the floor. So far this preseason, he has shown he can do that. Against the Cavs the past two games, he was a major part of the comeback they had two games ago as well as putting up 20 points last night on 6/7 shooting from 3.

Knox has made a habit of finding the open court when his point guard drives towards the basket and kicks it out. So far, Knox has enjoyed a lot of his success while Quickley has been running point. I do not think it is a coincidence that Knox has enjoyed success when the most aggressive PG on the team has been on the floor. 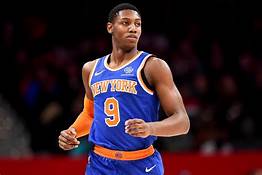 With the addition of Quickley and Obi Toppin, RJ Barrett seems to not be getting a lot of attention. However, he has very quietly been putting up monster numbers this preseason. He is back to being the player we all saw at Duke. There was a reason Barrett was ranked above Zion in his recruiting class and he is starting to blossom into the star the Knicks drafted him to be. This preseason, Barrett averaged 18.7 ppg and displayed an excellent ability to get to the basket and create scoring chances. He shot very poorly from 3 but his jump shot was never his strength. He has shown some tremendous growth from last season to now, but there is still a lot of room for improvement.

Coach Thibs has always been a defensive minded coach. The Knicks have really struggled on that end of the floor. However, under Thibodeau, they are already showing signs of improvement on defense. They are playing with more intensity, forcing a lot of turnovers, and having active hands at all times. One key difference I have noticed is that Thibodeau has no patience for lazy defense. He will immediately call a time out or make a substitution if the Knicks are not cutting it on defense. Perhaps the Knicks have found their guy to help turn this thing around.

Obviously, there is a lot of work to still be done for the Knicks. However, they actually look like a competent basketball team. The presence of Elfrid Payton and Julius Randle still pisses me off as the young guys have shown they need extensive playing time. The young guys were the ones to lead the huge comeback a few night ago, and were the catalysts for their dominating performance last night. I am very excited to watch the Knicks this season. I expect to see a lot of growth from their young guns, some electrifying dunks from Obi Toppins, and a lot of boneheaded plays from Julius Randle.