The Buffalo Bills are a very good football team but for some reason, the backbone of their defense doesn’t get talked about enough. In this article, I’m going to tell you why the secondary for the Bills deserves more respect. 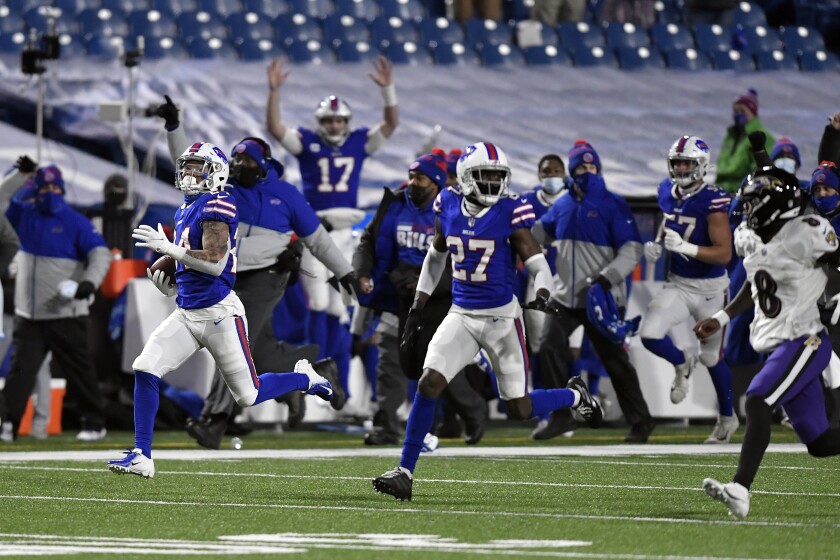 The NFL is currently doing their top 100 players from last season and Buffalo Bills cornerback Tre’Davious White came in at number 95. In my opinion, White was way too low on the list. He’s one of the best cornerbacks in the NFL and you can make a case for him to be in the top 5 when it comes to the cornerback position.

I get it, Tre didn’t have the best year last season but he’s still one of the best cornerbacks in the league. Looking at some of the other cornerbacks in the top 100. Marshon Lattimore was at 86, Minkah Fitzpatrick sits at 52, J.C. Jackson is at 49 and Stephon Gilmore was at 47. I am not taking anything away from these players because they are very good but come on. In my opinion, White should be higher.

White isn’t the only cornerback on the Bills that doesn’t get talked about enough. Taron Johnson, who is most recently known for picking off Lamar Jackson for a pick 6 in the playoffs last year is a solid corner. Dane Jackson, who was a rookie last season has shown some signs of being good and Levi Wallace who’s been with the Bills for a few years struggles here and there but he has been reliable to lock down opposing wide receivers as well.

Micah Hyde and Jordan Poyer both came to Buffalo in 2017 and they are truly the backbone of Buffalo’s defense. We all know how good Micah is but Jordan is truly underrated. I do think they both should be on the top 100 list. Both players have been clutch for the Bills over the years and people need to start recognizing how good they are.

the 10 best secondaries in the NFL

However, Warren Sharp, who is an analytical guy, ranked the Bills secondary number 2 in the NFL. It’s about time they got the respect they deserve. So go ahead, keep sleeping on them. They’ll just make you pay. Buffalo has playmakers in their secondary and fans don’t understand how good this secondary is. I have a feeling they’ll have a great year this season and maybe more people will start to respect them.