The Patriots shook the NFL with their roster cut downs. As most people know, they released Cam Newton on cut down day, making Mac Jones the starter. This was a huge shock, along with making Mac the only QB on the active roster. They also surprised us by keeping rookie kicker Quinn Nordin over Nick Folk, even after some inconsistent play. Here’s a Patriots preseason roundup as we head into the regular season.

This offense is going to have a very strong running game. The Offensive line they put together is absolutely stacked with talent. Isaiah Wynn, Mike Onwenu, David Andrews, Shaq Mason, and Trent Brown. Matching that up with the deep running back position they have, and this team can rush for 3,000 yards this season. Damien Harris and James White will carry the load, but it will be interesting to see where Stevenson and Taylor fit in. The Pats also kept Jakob Johnson to aid in the blocking for the run game.

The passing game will be interesting this season, and will play off of how the run game goes. It’s all build to help Mac Jones succeed.The strong run game should help draw players into the box, and use the play action to get receivers open. He has 2 backs that catch the ball well in James White ans JJ Taylor to help him out. His main targets will most likely be his 2 newly acquire tight ends, in Jonnu Smith and Hunter Henry, as long as they stay healthy. Jakobi Meyers will most likely be his sticks moving receptions machine, and Mac seemed to have good chemistry with Kendrick Bourne as well. Nelson Agholor really has not proved much of himself through the preseason, but only time will tell how he fits in this offense.

The defense has a very different look as well. It seems like the front 7 might be the part that dominates after how the preseason went. Matt Judon was an absolute freak, and Chase Winovich looked revitalized and fought for his roster spot. Christian Barmore will turn into a beast as the season progresses. It will be interesting to see how Henry Anderson and Davon Godchaux fit in as well. Josh Uche did very well in the pass rush as well, and is looking for some legit playing time this season. With Hightower and Van Noy bringing veteran leadership back, this front 7 looks revitalized. 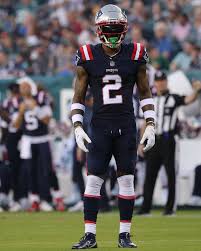 The secondary will be a lot of the same, but without their best piece to start the season. Steph Gilmore will be on the PUP list and miss the first 6 games of the regular season. That will leave more responsibility on JC Jackson. He looked good in the number 1 role during preseason, but he will have bigger challenges once the regular season starts. Jalen Mills seemed to struggle in his move back to corner in the preseason as well, after the Eagles had moved him to safety. It will be interesting to see if JoeJuan Williams plays a role in covering bigger receivers this season. Adrian Phillips and Kyle Dugger will work to fill the Patrick Chung role, which Phillips did well last season. D-Mac will hold this squad together playing centerfield as he does so well.