Another position that was left with a gaping hole this offseason is defensive end. Trey Flowers left with a huge wad of money to Detroit, and took a young and talented pass rusher away from this defense. It is tough to defend letting a guy who has been pretty much a perfect Patriot go, but here is a deeper look into what they were left with at the position.

Michael Bennett – Easily the biggest addition the team made this offseason, Bennett will be the best fit to fill Trey Flowers’ shoes. Bennett has consistently been one of the best pass rushers in the league, and he has even been able to double as a great run stuffer as well. The only issue is that he is on the ending half of his career, and at 33 he most likely won’t be able to play the same amount of snaps Flowers was. This is why they will need a good supporting cast behind him. Deatrich Wise Jr. – Wise has shown some great flashed of talent over the past few years, but never seems to stay consistent. Part of that is his health, but he has a huge chance to make an impact this season and be the next big thing. He brings a huge energy to the field when he makes plays and if he can keep making those plays all season, he might surprise people in being the best replacement for Trey Flowers.

John Simon – Simon did not get too much time to prove his worth last season, but he played a couple of very solid seasons in Houston not long ago. He could be that perfect spell for Michael Bennett, and will serve as a solid replacement if anybody were to get hurt.

Derek Rivers – Rivers was drafted the same year as Wise, and has had even more injury problems. He missed all of 2017 and only played 2 games in 2018, but he could be the speed rusher specialist this team needs. He is a more undersized pass rusher so his specialty is getting to the QB fast. I think he has the ability to be a legitimate defensive presence id he can stay healthy, and we will have to see what 2019 has in store.

Keionta Davis – Davis was on the active roster for most of last season, but never got a ton of chances to play. He even started 3 games at defensive end but was unable to make a huge impact. Bill must see something in him to want to keep him around, but there is not much of a sample size to know that he could be helpful at a hurting position.

Ufomba Kamalu – Kamalu was only active on the Patriots roster for the last 2 games of the season when Josh Gordon was suspended. Kamalu is a big defensive end at 6’6″ and 295 lbs. He got some decent playing time while in Houston the past two years and was able to register 2 sacks. He could be a solid reserve for the team if he is able to make the roster, and has the size to be versatile as a pass rusher and a run stopper. 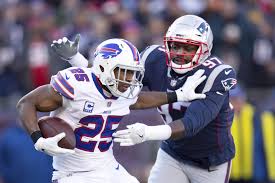 Trent Harris – Harris did not end up playing at all in the regular season last year. But Harris was a preseason superstar for the team and that kept him on the practice squad all season. He caused a lot of problems for QBs in the preseason and if he can translate that against starters in the NFL this guy could be a serious contributor on this defense.