The second Sunday of the NFL season has come and gone. Yesterday, especially in the late games, we saw some great performances from players across the NFL. Let’s not waste any time here, let’s jump into NFL Sunday standouts: week two!

The New England Patriots defense as a whole stood out yesterday against the New York Jets. Zach Wilson struggled all game long and really couldn’t get anything going. The Patriots got four interceptions (JC Jackson getting two of them) as well as four sacks. Matt Judon in particular lead the defense in rushing the quarterback. Also, the Jets never found the end zone as the final score in this game was 25-6 in favor of New England.

It’s Tom Brady’s world and we are all living in it. Brady took advantage of facing the Atlanta Falcons who have one of the worst defenses in the league. He threw not one, or three but five touchdowns (two to Rob Gronkowski, two to Mike Evans and one to Chris Godwin). He now has nine touchdowns through two weeks which leads all quarterbacks. At his age, quarterbacks shouldn’t be able to play at the pace that he is. In this game against Atlanta he went 24-36, threw for 276 yards and five touchdowns. Brady is showing no signs of slowing down anytime soon. 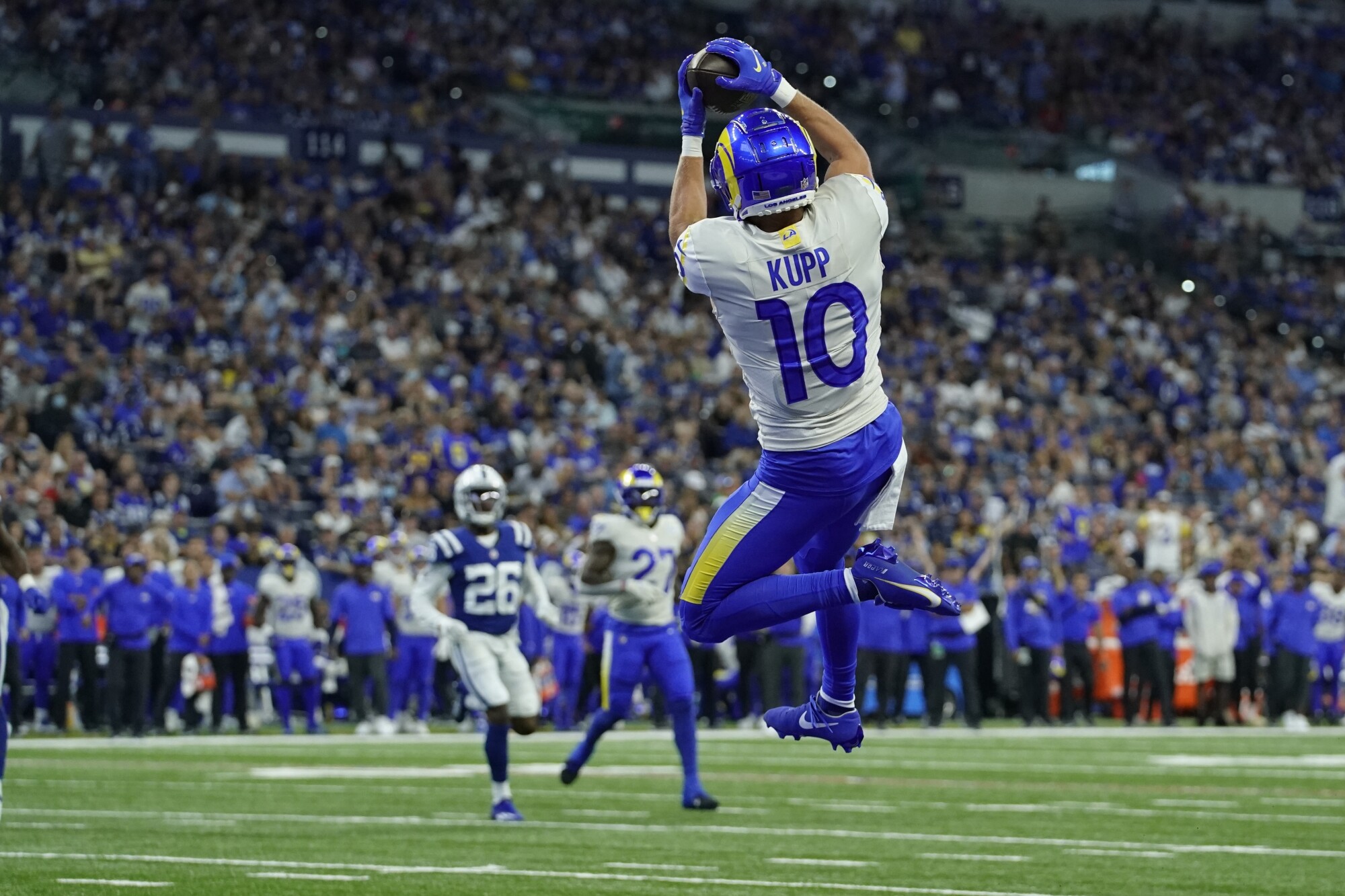 Cooper Kupp is Matthew Stafford’s best friend. Kupp is off to a red hot start to start off the season. The ultimate flex in fantasy football might be graduating from flex and move on to WR2. Kupp was too much for the Indianapolis Colts secondary to handle as he had nine catches for 163 yards and two touchdowns. He averaged 18.1 yards per reception. Kupp already has three touchdowns this season, matching his total from the 2019 and 2020 seasons.

The final player for this week’s NFL Sunday Standouts: week two is Derrick Henry. King Henry has arrived. Henry had a decent first half but absolutely turned it up in the second half. Henry put the Titans on his back in the second half and lead the comeback as the Titans beat the Seattle Seahawks in overtime 33-30 after being down 24-9. Without Henry, the Titans do not win this game. Henry had 35 carries for 182 yards and three touchdowns. The reigning offensive player of the year showed up when Tennessee needed him the most.