After months and months of rumors, the Jack Eichel saga is finally over. Earlier this morning, Eichel got traded to the Las Vegas Golden Knights along with a 2023 3rd round pick in exchange for forwards Peyton Krebs, Alex Tuch, a 2022 1st round pick (Top 10 protected) and a 2023 2nd round pick. It felt like an eternity but the end of Eichel’s time in Buffalo is over.

We have acquired forwards Peyton Krebs and Alex Tuch, a top-10 protected 2022 first-round pick, and a 2023 second-round pick in exchange for forward Jack Eichel and a 2023 third-round pick. 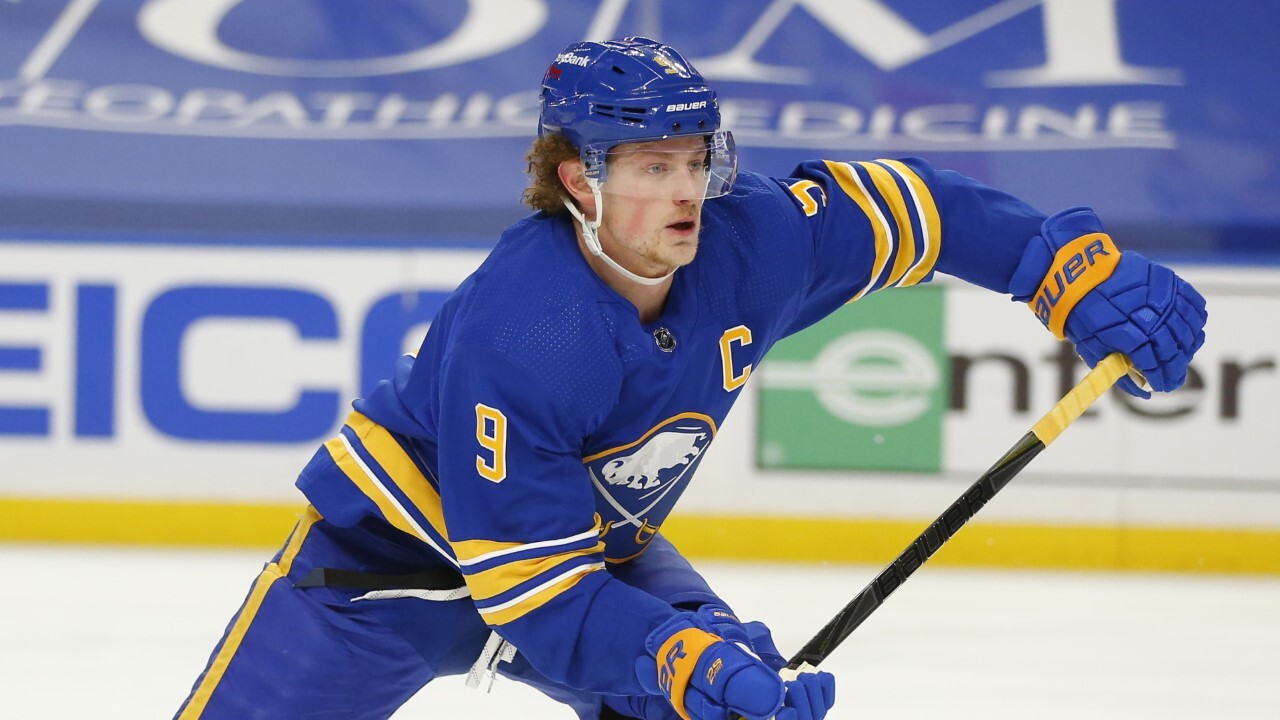 Let’s start with the key piece in this trade. Eichel has been out this season with a neck injury that he suffered last season that cut his season short in which he scored 2 goals and registered 16 assists. However, during the the 2019-2020 season, Jack had his best season in his young career. He scored 36 goals and recorded 42 assists.

One of the two players coming to Buffalo is Alex Tuch. Tuch, who grew up a Sabres fan, had 18 goals and 15 assists last year with Vegas. He’s currently recovering from an injury and he won’t be able to play for a couple of months but in 2018-2019, Tuch registered 20 goals and registered 32 assists with Vegas. I like how he was involved in the deal and it’s safe to say he’s excited about playing for his favorite team growing up.

Alex Tuch in blue and gold will be worth the wait 🔥 pic.twitter.com/LvCpsh5uXI

"What Alex told me was: 'It's a dream come true to be a Buffalo Sabre.'This is a guy who grew up watching the #Sabres and dreamed about playing for the Sabres. That's powerful."

The other player coming to the Sabres is Peyton Krebs. He will report to the Rochester Americans, Buffalo’s AHL affiliate, but he’s a very good prospect. According to Elite Hockey Prospects, Krebs is a potent point-producer and offensive catalyst that rises to the occasion whenever he’s on the ice. To learn more about Krebs, read the link below.

Krebs was named the WHL’s 2020-21 Player of the Year after leading the league in assists (30) and points (43) in 24 games during his third year as captain of the Winnipeg Ice. pic.twitter.com/e9CqjiBmHL

My Thoughts on the Deal

Here are my thoughts as a fan on this trade. I’m happy that this saga is over and the return Buffalo got, but it absolutely sucks losing Jack Eichel. When healthy, Jack is a top 5 player in the NHL. Say what you want to say about him but the Sabres failed to build around him. They drafted Sam Reinhart, traded for Jeff Skinner, traded for Evander Kane and signed Taylor Hall. Reinhart, Kane and Hall are now gone, along with Jack. Bad coaching and bad managing is who to blame for the lack of success with Eichel being here. It hurts losing him but at the same time, it was time to move on. Lastly, good for Kevyn Adams. He was thrown into the fire and wasn’t going to budge on a bad deal for Eichel

Why Sabres Fans Should Be Excited

I’m going to end this article on a good note. Yes, the Sabres just traded their franchise player but if you look at their prospect pool, Buffalo is in great shape.

Sabres now have three first round picks in 2022.

Despite Jack’s time in Buffalo ending badly, he was a great player and did some great stuff for the community. I don’t speak for the entire fanbase but I wish him well in Vegas and it’s unfortunate the Sabres traded him.

Thank you for everything, Jack.

From your constant support at @RoswellPark and across our community, to the memories made on the ice, Buffalo thanks you, @jackeichel. pic.twitter.com/45bhJSODmg

We wish our friend Jack the best of luck and a heartfelt thanks for everything you've done for the Roswell Park patients, staff and community during your time in Buffalo! pic.twitter.com/1Ai2MhXnQf

All stats are credited to NHL.com.