It is that time of year where the Major League Baseball salary arbitration deadline happens. I always had an idea of what that was but I just read up on the rule from MLB.com. To give a short version on what it is: after a player has played 3 years in the Majors and does not have a contract for the next season they become salary arbitration eligible. The player and the team come up with a salary figure compared to similar players. If the two numbers are off then the player and team can negotiate. If they cannot come to terms the case goes to an arbitrator. This can go for the first 6 seasons of a players career. 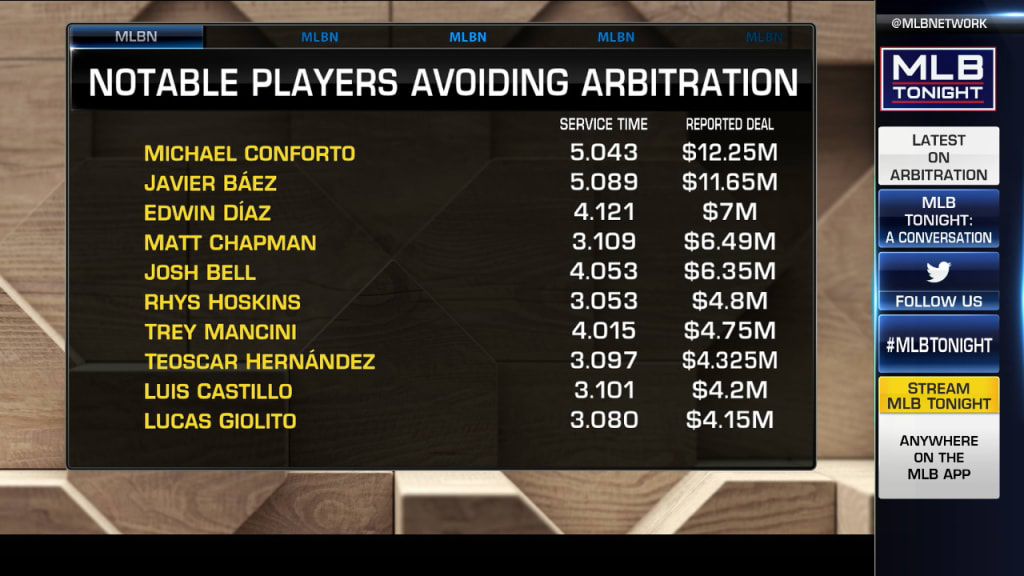 So, that last part is what I hate. When the salary negotiations go to an arbitrator it gets ugly. If it gets to this point then the team is always offers less. The team will have to argue why the player is not worth the amount of money he is saying. That means the team will show what the player does wrong and bash that player. A lot of time this is over a couple $100,000. A team may say the player should get $2.675 million where the player says $2.8 million. Give this a read to see all the numbers from this past deadline.

Most people have job reviews every year. We have all gone through it and hopefully for most of us it has gone well. Maybe your job tells you to stay off Facebook while at work, but you do a good job. Imagine your boss rips you apart so they could save some money. That is what happens in front of the arbitrator. If the player struck out more times then the average player that will be brought. Anything you can think of that could hurt the players earnings will be discussed.

There is somethings I do like about this process. Fans can see what players think about themselves. As you can see from the article I linked above Walker Buehler wants $850,000 more than what the Dodgers want to pay him. Buehler has looked at other pitchers who have put up similar stats as him. He feels he deserves that kind of money.

Fans can see that some players want to be overpaid. Carlos Correa wants $2.75 million more than the Astros believe he is worth. Yes Correa is a great shortstop, but is he worth $12.5 million? Probably not. Now fans can see what Correa values himself at. I enjoy seeing that.

Also this does give players an opportunity to get a raise. If players are preforming at a higher level than what they were thought to, then they deserve a raise. So those players will be able to get a raise if they are able to come to terms with their team.

If I were to change this I would have the rookie contracts last for the 6 years that arbitration lasts. But, the player can get raises if he is outperforming the expectations the team has for them. The team and player can negotiate what the raise should. Yes I can see the big problem in this. What team would want to pay a player more if they do not have to.

The rookie contracts can have opt-outs from years 4-6. That way the player can become a free agent and get what they think the deserve. This way the player still has some control of the situation and the team can give them a raise. I just do not want to see a player go through the arbitration process.

Salary arbitration in the MLB is the worst. Players do not need to be ripped apart just so the team can save some money. As I say every week listen to my podcast Legends Lingo.