The start of the season for the Kansas City Chiefs has been somewhat of an unexpected one.

Currently at 4-4 and third in the AFC West conference, challenges lay ahead for the Chiefs. Will they overcome and deliver results, who knows. However, I can’t imagine that Being Patrick Mahomes right now is any easier.

Allow me to explain as to why. 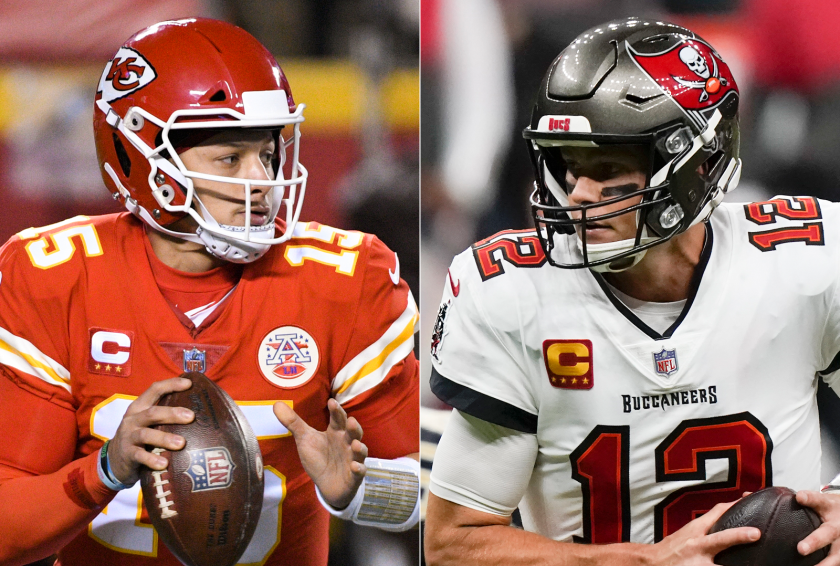 Remember all the fuss last year about the clash of the titans between Tom Brady and Pat Mahomes?

A fuss that quickly dwindled down after the second quarter where the Tampa Bay Buccaneers took complete control of a game that was already at 21-6 for Tampa Bay.

For weeks, heck even for the full season, the comparisons between these two extended to as far as Mahomes being the GOAT over Tom Brady.

Now, taking a step back, during the season Mahomes was basically toe-to-toe against Brady stats wise.

Look at it for yourselves:

However, when it came down to the most important moment. The time where expectations were high and a time where he could’ve made the statement a true factor, Mahomes was shut down. In fact, probably one of his worse games considering he went 26/49, 2 INT’s, no TD passes and receiving wise if it wasn’t for Travis Kelce, those stats could be far worse given that majority of the targets were thrown his way.

Now look at this season, Mahomes is averaging 296 yards/game, 2.4 TD’s through 8 weeks, adding 11 INT’s and 2 fumbles. Given the talent in Kansas and the offensive weapons they have, there should be concerns about Mahomes’ performance.

And There Is: Jackson Mahomes and Brittany Matthews

Not a mind reader, but we don’t think Patrick Mahomes enjoys Tik Tok…pic.twitter.com/n14TuG3a0o

The never-ending awful Tik Tok dances from Jack Mahomes and the Brittany Matthews interactions with people on Twitter, have surely amounted to a point where Patrick might’ve just had enough.

As you can see from the most recent video, posted above, Pat Mahomes seems more than annoyed at this point with the two of them. One of the most recent interactions, the Monday Night Football game against the Giants, elevates things. According to reports, Patrick apparently asked his brother Jack to “Stop embarrassing him” which then lead to a weak handshake between the two.

It’s no secret that Jack hasn’t really helped in making things positive for his family. Let’s not forget about Jack pouring water on a Ravens fan, the disrespectful dancing on Sean Taylor’s logo, OH! Who could possibly forget Jack calling people “Broke” As if he would be of any relevance without his brother making it into the NFL. So, could the family tension also be affecting Mahomes’ performance on the field?

Frankly, I can’t imagine being Mahomes right now and having this much of a spotlight. Especially with the negative image on his family thanks to the whacky behavior and the awful dancing marionette-like himself, Jackson Mahomes.

What I can imagine is the fear and pressure of having to figure out how to turn the season around offensively given his lengthy contract of 10-years and $503 Million which locks him at Kansas City until the 2031 season. With the Chiefs sitting at 4-4 and an even tougher schedule ahead for them, Mahomes and the offense have a tall order ahead of them if the desire to make into playoffs still there.

Thankfully, their BYE week comes at week 12 with an opportunity to recharge batteries while making every effort possible to win 2-of-3 games coming up which are against Green Bay, Las Vegas Raiders and the Dallas Cowboys.