A couple of weeks ago, I wrote about NHL Jerseys that need to make a comeback. This week, we are going to expand the search and find four more jerseys that need to make a comeback across all four major sports. I am going to do my best to not limit it to New York teams (as they have A LOT I want to see come back). With that said, let’s jump into it.

I know this is a fairly common opinion amongst Mets fans, but I am in the minority in my own family. The Mets donned the black alternate jerseys from 1998-2011 and they were replaced with the now royal blue alternates. Listen, I am not advocating to get rid of the blue. The blue is the best jersey that have. However, the Mets shoud bring the black jerseys back for special occasions. Pete Alonso was the leader for this movement. He suggested the black jerseys be the Friday night home jerseys. I could live with that.

The Tampa Bay Lightning debuted during the 1992-1993 season. Their original primary colors were black, blue, and white with their first jerseys really jumping off the ice. For the 1996-1997 season, they turned it up a notch when they donned these beauties. This kind of reminds me of the Bruins Pooh Bear jersey where it is so out there that it kind of works. They have the whole thunderstorm aesthetic working, and I am here for it. 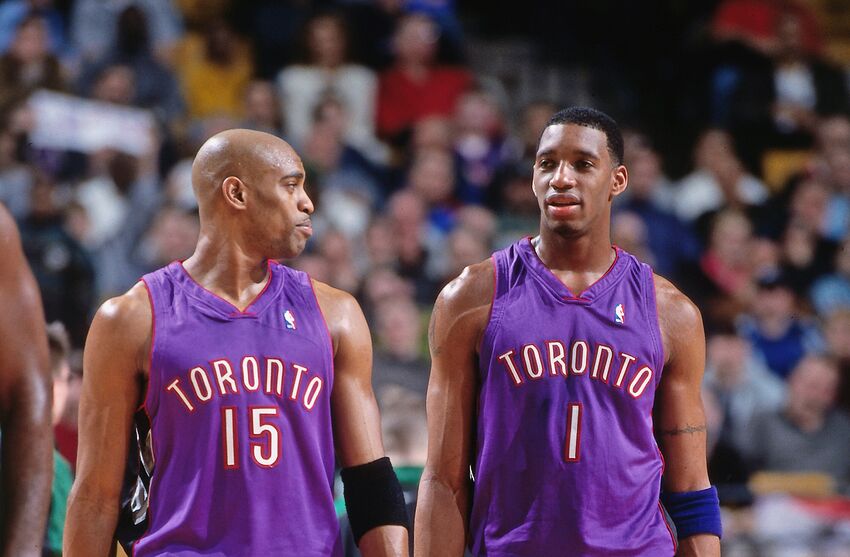 This is easily one of the best jerseys in NBA history. Vince Carter and Tracy McGrady made these ones look so good that I don’t think another jersey can compete. This jersey was the first of its kind with the purple front and black back. This was the first two-toned jersey in NBA history. Carter and McGrady made the jersey famous from Carter’s performance in the 2000 Slam Dunk Contest. The Raptors have decent jerseys now, but nothing compares to this one.

Right now, the Jets are the worst team in football and they have the unifroms to match it. I hate their jerseys right now. I honestly thought they had one of the best jersey designs in all of football with the one they wore from 1998-2018. When Bill Parcells took over as head coach, redesigned the jerseys to be a modernized version of the ones they wore during Super Bowl III. I don’t think there was anything wrong with these at all, but starting with last season, they bring back  design similar to that from the 1990s. Do not get me started on the black versions of them either. If they just left their jerseys alone, they will still be top tier uniforms in the NFL.