Recently, I was dwelling on random former Celtics players whose jersey I would like to own. I couldn’t help but really really want a #51 Keyon Dooling Celtics jersey. So weird, but so so cool at the time time.

Along that train of thought, suddenly I was compiling random (yet cool) Celtics jersey I would like to own. As a proud owner of quite a few Celtics jerseys, I feel qualified to present you with a roster of random jerseys that I would consider to be elite. What does it mean to have an elite obscure Celtics jersey? Well if I were to see any of these jerseys in a bar or at the Garden, I would make a point to compliment the person wearing said jersey, and shake their hand (in non-COVID-19 circumstances, obviously).

But, as with many exercises such as this, I figured some basic parameters should be established.

Going to start out with a personal favorite… in part because I actually own this particular obscure throwback Celtics jersey!

Sadly for all parties involved, Billups was the Celtics’ consolation prize at pick #3 after losing the top pick of the 1997 draft lottery to the Spurs. At #1 San Antonio drafted some big man named Tim Duncan who ended up being pretty good, I guess. Whatever, I’m not still imagining what would’ve happened if the C’s won that lottery like they should have…

Midway through his rookie year, the C’s traded away Chauncey in an opportunistic move. In exchange, Boston acquired a disgruntled Kenny Anderson from the Raptors. Realistically, not as horrendous of a trade as one might initially assume. First, Anderson proved to be a solid contributor for Boston over the next few seasons. Nothing crazy, but a solid point guard. Secondly, Chauncey actually bounced around the league quite a bit in the next few seasons. That is, until he eventually permanently chiseled his nickname of ‘Mr. Big Shot’ into NBA folklore.

PISTOL PETE. An irrefutable NBA and basketball legend who doesn’t even need his last name mentioned! Many forget Pistol had a brief run with the Celtics at the end of the 70s. Known as one of the flashiest scorers and playmakers of all-time, Pistol Pete found himself as a free agent in the middle of the 1979-80 season. It certainly didn’t help that Pistol was coming off of a serious knee injury, but the Jazz had cut him loose.

Maravich actually was expected to sign with the up-and-coming Philadelphia 76ers, but ultimately went with their eastern conference foes, the Boston Celtics. Teaming up with a rookie Larry Bird, the 32-year old Pistol struggled in Boston, reportedly due to some friction between himself and coach Bill Fitch. Pistol was actually expected to return to Boston for the 1980-81 season before an incident in training camp with Fitch resulted in his retirement. What a shame. Reports were that he was back to full-health and much better shape than the season before. Oh, and the Celtics were pretty solid in 1980-81. Good enough to go 62-20 and beat the Rockets in the NBA Finals. Hard to imagine that Celtics team could’ve been even better if they had Pistol Pete at their disposal.

If seeing Youtube clips and pictures of Dominique in a Celtics uniform is weird to me, I can’t even imagine how my dad felt when it happened! While Wilkins was traded in 1994 to the Clippers, Hawks fans must’ve been nauseated to see their beloved star in a Celtics uniform. While the 1994-95 Celtics weren’t very good or relevant, ‘Nique wasn’t as washed up like one might assume. The Human Highlight Film averaged 17 points a game for the C’s in 77 games. Not too shabby at all!

Fascinatingly enough, After ‘Nique’s 1994-95 season in Boston, he went to play in Greece for a year. He came back to play for the Spurs as a 37-year old… and averaged 18 points a game! DAMN.

SHEEEEEEEED. While I don’t own a Rasheed Wallace C’s jersey (I wish I did) I do still own a Celtics t-shirt that reads, ‘That’s What Sheed Said’. Pretty solid shirt at the time, and maybe even more so now.

When I look back on Sheed’s tenure in Boston back in 2009-10, I remember it well. I recall the regular season being of very little importance to Sheed, with him giving minimal effort. As a young fan, I totally believed the 35-year old would be able to turn it on to be a dominant factor in the playoffs. Unfortunately, he didn’t play particularly well in the playoffs, and actually had less playing time than Glen ‘Big Baby’ Davis! Not exactly what we were hoping to get from Sheed, but he’s a legend of the game regardless. An absolute First-Ballot Hall of Fame NBA personality. 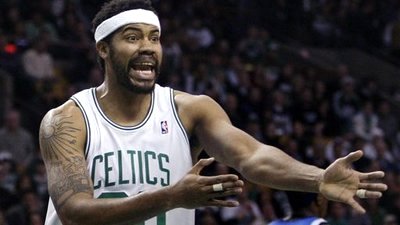 Diesel! I imagine many knew this one was coming. Did you know in the 2010-11 season, the Celtics would be the last team Shaq played for? That’s a solid trivia question to make note of for any future use.

Nagging injuries resulting from a physical 19-year NBA career limited Shaq’s playing time in Boston. He played in 37 regular season games, but boldly enough, apparently Danny Ainge believed in Shaq’s health to come into form for a playoff run. Going all in on Shaq as his defensive anchor down the stretch, Ainge traded away Kendrick Perkins for Jeff Green. After missing the 1st-round playoff series against the Knicks, injuries limited Shaq to just 12 minutes of the series with the Heat. A loss in the conference semifinals.

*Had to double up on the Shaq photo evidence here because of obvious reasons. The 1st photo remains a core meme on #NBATwitter, and the 2nd photo is a bizarre sight, but timeless nonetheless.

Real Celtics fans saw this one coming a mile away. Remember the cautionary tale earlier about Chauncey Billups and the risk involved in trading away an unknown commodity like a promising rookie? Would you believe the Celtics did it again just a few years after Billups? Johnson’s stint in Boston was only 33 games, but perhaps the Celtics brass didn’t see a future for him here? 2001-02 had Paul Pierce and Antoine Walker each averaging over 22 points a game. Maybe they didn’t think Johnson would get enough shots? Tough to cut the cord that early on a top 10 draft pick though. And to trade him for a couple of journeyman like Tony Delk and Rodney Rogers?! Ugh.

Either way, it hurts bad that the C’s traded him away. Especially knowing what we now know what ‘7-Time NBA All-Star Joe Johnson’ would go on to become.

The Glove! Another past-his-prime star who had a season-long stint with the C’s before hanging it up. Payton actually played 33 minutes per game for 77 games of Boston’s 2004-05 season, averaging 11 points and 6 assists. That’s at age 36!!! Very solid stuff there. While his tenure was limited to that one season, Payton chose wisely in signing with the Heat the following year, and getting himself a championship ring on the coattails of Shaq and a young Dwyane Wade.

Some may forget the Maverick great had a short stint in Boston during his final season before calling it a career. Interestingly enough, Finley, Sam Cassell, and AC Green were traded from the Phoenix Suns to the Dallas Mavs back in 1996. Who did that solid haul get the Suns in return? A young point guard by the name of Jason Kidd! That’s a little mid-90s NBA trivia nugget to put in your back pocket.

While he was on the final legs of his career, in the 2009-10 playoffs, Finley played 6 minutes per game with the Celtics. A playoff run that nearly resulted in winning the 2010 championship if not for some bad injury luck and a couple of lucky Ron Artest 3’s… whatever! I’m not still stewing over the fact that the Big 3 only won 1 championship!

Literally so weird that Starbury was a Celtic back in 2008-09. Not a long or particularly fruitful stint for Marbury in Boston, but a memorable one nonetheless. His 23 games for the Celtics as a 31-year old were actually his final games playing in the NBA. Seems like a pretty common trend with a number of these players listed. Marbury was an electric talent, particularly when he played for his hometown Knicks. There’s just something so special about a kid from NYC growing up and playing for the Knicks. Poetic, even.

*Note, I snubbed Al Jefferson here, who could’ve easily been the #8 of choice. Somewhat hard to believe Jefferson was only a Celtic for 1 season before they packaged him in the KG trade.

What can I say about James Posey that you already don’t know? Not much, because his reputation among Boston fans speaks for itself. The dude was a HUGE part of the Celtics’ 2008 Championship team. His defensive ability was a pivotal component of that playoff run, and I’ll never forget it! Side note, I feel like I’ve seen Posey jerseys out there more than most of the others listed.

Ernie D! Shameless Rhode Island shoutout here, but prior to his knee injury, the man could flat out BALL. While his NBA career was cut short dramatically from that injury, Celtics had a partial season with the local hero. Ernie D helped lead Providence College to a Final 4 with another hoops name many New Englanders know well, Marvin Barnes. Following his prolific career at PC, Ernie D was drafted as the 3rd overall pick by the Buffalo Braves. In his first year, he led the NBA in assists and free-throw percentage and deservedly won the 1973-74 Rookie of the Year. 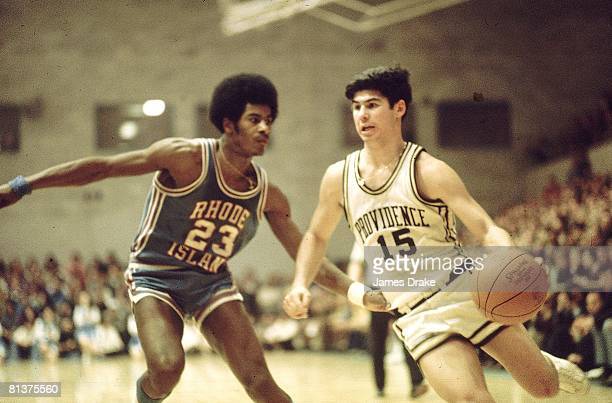 One of the forgotten pieces of the KG to Boston trade, Theo Ratliff! Ratliff’s expiring contract was actually a critical component to make the money work in that KG trade. Back injuries led to Ratliff to only play in 2 games for the Celtics but his name remains a classic mid-2000s hoops reference.

P.S. Look at this photo of the T-Wolves haul for KG. I feel like in most of the photos seen of this press-conference, poor Ratliff and Telfair are cropped out, on either end.

Next up for all-time obscure jerseys to seek out… the Red Sox!

Thank you for reading! I hope you enjoyed a trip down the Celtics’ memory lane. If you think I missed any deserving shoutouts, comment or @ me on twitter and let me know how badly I screwed this roster up!

This is just the beginning for this type of blog, as I plan to do the same for the Red Sox, Patriots, and perhaps expand to a few other non-Boston sports teams.