Here we go again. Mets fan’s hopes are rising quickly once again with the announcement of two new suitors to purchase the team. This time it is a duo of private equity billionaires David Blitzer and Josh Harris. They are looking to add the Metropolitans to an ownership group that already includes the 76ers and New Jersey Devils. Harris and Blitzer are the third group to try to purchase the team in recent months. Previous attempts included Steve Cohen and Alex Rodriguez and Jennifer Lopez. The previous two attempts from Cohen and A-Rod have fell through.

Why Mets fans hate the Wilpons 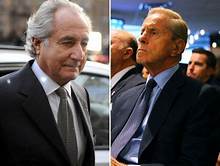 For the last 10 years or so, the Wilpons have been notoriously cheap. You would think that a team that plays in New York would consistently be in the running for the top free agents and high payrolls. In the early part of the decade, the Mets were neither of those. In the early part of the century, they were consistently that team. They added the likes of Carlos Beltran, Carlos Delgado, and Pedro Martinez. It still baffles me how that team only made the playoffs once (2006) during their time together.

Everything came crashing down on the Wilpons when Bernie Madoff was arrested in 2008. The Wilpons had invested millions of dollars with Madoff and everything came crashing down when his Ponzi scheme was revealed. The teams financial situation was heavily tied with Madoff so they lost a lot of money overnight. I still find it ridiculous that the MLB did not step in and force the Wilpons to sell the team then.

Harris is the co-founder of Apollo Global, a mega investment firm he started in 1990. Harris and Blitzer came together to buy the 76ers for $230 million in 2011 and then picked up a majority stake in the Devils in 2013. Between the two of them, they have a combined net worth of around $6.4 billion, with Harris making up around $5.1 billion of that. Sources say the duo have been contemplating a bid for a few months now.

Who has the Leverage?

Not the Wilpons, I’ll tell you that. Usually the team operates at a net loss in a normal season. With the pandemic and the threat of a cancelled season, the Wilpons need to sell now more than ever. Harris and Blitzer plan to use that to their advantage when negotiating. According to the New York Post, the Wilpons should be able to make the payment on Citi Field this season, but payments in 2021 are seriously in doubt. With the fnancial situation crumbling down on them, the Wilpons need to act now. If Harris and Blitzer make a deal, the Wilpons will look really stupid when the terms are announced. Steve Cohen put a bid of $2.6 billion on the team that ultimately fell through. The new sale will be nowhere close to that mark.

The day the Wilpons sell the team will be one of the best days of my life. From a fan’s perspective, it seems like they do not care about the team. It seems like they are not truly passionate about building a winning franchise that can compete with the Dodgers and Yankees. Harris and Blitzer certainly have the means to purchase the team. I have read the main thing holding up deals has been the Wilpon’s reluctance to include SNY, the broadcasting network, in the deal. If they decide to include it (which they should), it would open up a brand new revenue stream for the team. Everything I have read about these guys seems to be good. I mean, they can’t be worse than the Wilpons so it is automatically an upgrade.