I love how everything entertaining happens Monday nights after the write my weekly article. If you do not know what happen last Monday night you can read either Al’s or Pat’s articles. Also on Wednesday nigh Trevor Bauer tried wearing cleats and got in trouble. Those were the 2 major stories during the past week in baseball.

So like I said in my intro both Al and Pat gave their opinions about what happened last Monday night. But in case you missed it some how I will get into it quickly. The hottest hitter on the planet, Fernando Tatis Jr, was up with the bases loaded in the 8th inning. His team the Padres were up 10-3 and he had a 3-0 count. He swung on that pitch and hit a grand slam.

I get into it on Legends Lingo but I will talk about it again. All those old school baseball people can leave the game if you do not think that was the right thing to do. How many times have we seen a Major League team score 8 runs in an inning? It happens! Also that swing could get Tatis Jr a lot more money. So I find nothing I repeat NOTHING wrong with it.

Trevor Bauer Is At It Again

And the moment you've all been waiting for…..here's a look at my cleats for tonight's start. FREE JOE KELLY! If you want to be eligible for a chance to win these, see next tweet for details. pic.twitter.com/WR0LrNpgCC

He is a huge person against what the Astros punishment for cheating was. He has been very vocal about how players should have been suspended. Also Bauer is very smart and knew this would go viral.

After he posted it he got a call from his agent telling him NOT to wear them. Major League Baseball said he would be ejected, fined, and suspended if he wore those cleats. You can read ESPN article here about it.

I love every second of this!! Bauer knew all this would happen and it only puts more eyes on him. He is also leading the league in ERA. So he is just trying to get his name bigger and bigger. I love his personality and what he brings to baseball. I cannot wait to see his next move.

Orioles: 2-5 Got swept in a home series verse the Blue Jays then split a 4 game home series with the Red Sox.

Yankees: 1-3 Won their last game against the Red Sox then got swept at home by the Rays and their games at the Mets got postponed due to COVID.

Rays: 5-1 Swept the Yankees in New York the won 2 of the first 3 games verse the Blue Jays.

Blue Jays: 6-2 Swept the Orioles on the road then swept a home double header against the Phillies then lost 2 of 3 at the Rays.

Indians: 4-2 Swept the Pirates then lost 2 of 3 at home verse the Tigers.

Royals: 2-4 Lost the last game at the Twins then split a home double header verse the Reds then lost 2 of 3 at home against the Twins.

Astros: 4-3 Swept the Rockies in a 4 game home and home series then got swept at the Padres.

Angels: 2-5 Split a home 2 game series against the Giants then swept by the Giants in a 2 game road series then lost 2 of 3 at the A’s.

Rangers: 0-7 Swept in a 4 game home and home series by the Padres then swept at the Mariners.

Braves: 3-2 Split the first 2 games of 3 game set against the Nationals until the last one was postponed then won 2 of 3 verse the Phillies.

Marlins: 2-5 Lost the first 3 games verse the Mets before the last one was postponed then split a 4 game set verse the Nationals.

Mets: 3-0 Won the first 3 game verse the Marlins then the rest of their game were postponed due to COVID.

Phillies: 2-5 Split a 2 game set at the Red Sox then swept in a double header by the Blue Jays then won 1 of 3 games at the Braves.

Nationals: 3-3 Split the first 2 games at the Braves before the last one was postponed then split a 4 game set verse the Marlins.

Reds: 2-4 Split a double header at the Royals then lost 3 of 4 at the Cardinals.

Pirates: 3-3 Swept by the Indians then swept the Brewers.

Diamondbacks: 2-5 Won both in the 2 game series at home verse the A’s then lost both at the A’s the got swept by the Giants.

Rockies: 0-7 Got swept in a 4 game home and home series against the Astros then swept by the Dodgers.

Padres: 7-0 Swept the Rangers in a 4 game home and home series then swept the Astros. 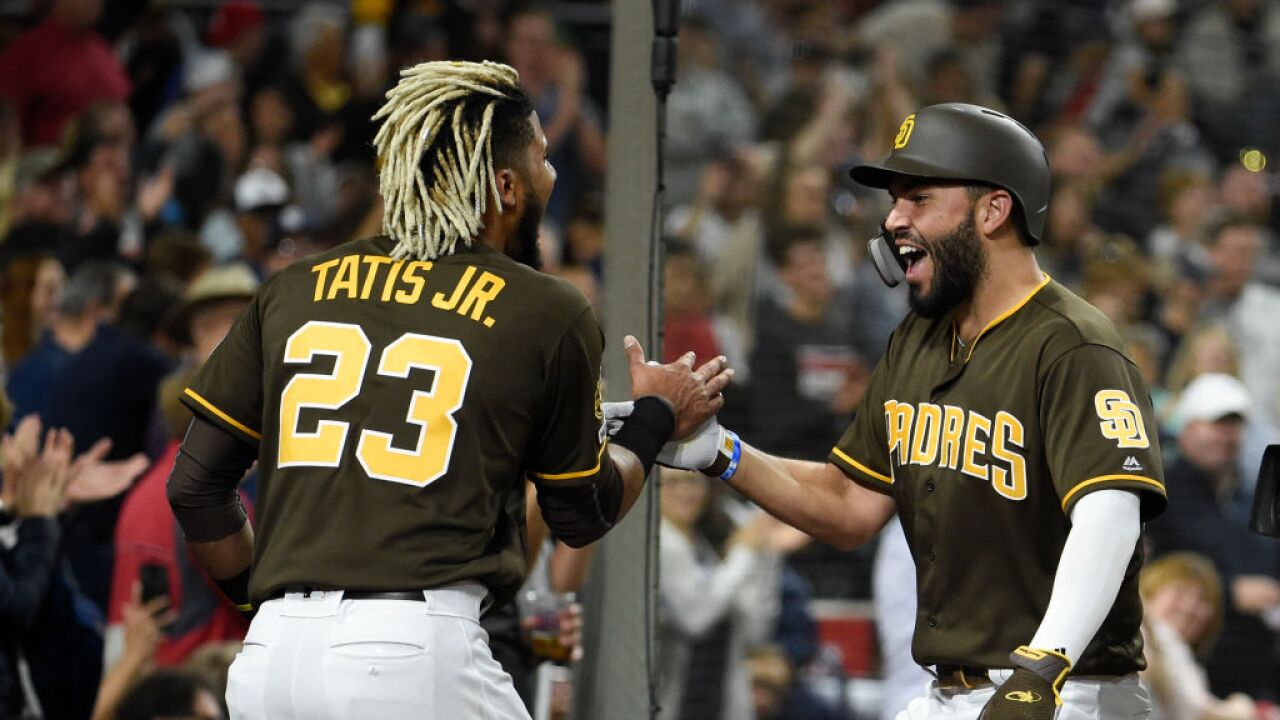 Fernando Tatis Jr and Trevor Bauer make the major headlines this past week. Tatis Jr hitting a grand slam on a 3-0 pitch and Bauer trying to wear cleats. As the MLB tries to say “Let The Kids Play”. Listen to yourself and let them play!