If you don’t remember, Luka Doncic was not drafted by the Mavericks. On draft night, Doncic was picked third overall behind DeAndre Ayton and Marvin Bagley (drafted by the Suns and Kings respectively). To be fair, those two players had excellent college seasons and were worthy of their draft position. Luka was a teenager from Europe and history often tells us that European players take a couple years to adjust to the NBA game. Luka is on track to be the best European born player the league has ever seen (yes, ahead of Dirk who also played for Dallas). Also, he is only in his second season. He dominated in Europe while playing for Real Madrid. 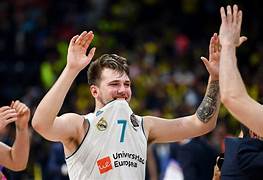 On draft night, Luka was selected third overall by the Atlanta Hawks. At number 5, the Dallas Mavericks selected Oklahoma point guard, Trae Young. The Hawks acquired Young and a 2019 first round pick from Dallas in exchange for Doncic. Young was the Hawks target all along, but they were able to acquire their guy and a future asset. It was a very similar situation as the Celtics and 76ers trade where the Celtics traded down from the 1st pick to number 3, picked up a future first, and still took their guy in Jayson Tatum. 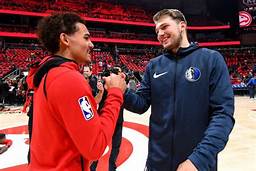 Both Doncic and Young have been incredibly successful in their first couple seasons in the NBA. The Mavericks have had more team success and they are giving the Clippers a big challenge right now in the playoffs. Doncic averaged 21.2 points per game his rookie season and then jumped 28.8 this season. Young averaged 19.1 ppg his rookie season and 29.6 this season. Both players are elite scorers and can score from anywhere on the court. In addition, they are both foundational stars that their teams will build around. Neither team got short changed in this trade. Both teams got franchise players who will be stars in the league for a very long time.

Despite both players enjoying incredible personal success, only one had enjoyed team success. Doncic and the Mavericks are currently battling against the Kawhi Leonard and the Clippers. That series is tied 2-2 because of this Luka Doncic buzzer beater.

The Hawks on the other hand finished with the second worst record in the Eastern Conference with a 20-47 record. Young enjoyed a ton of personal success this season but is still trailing Doncic in the team success category. The Hawks have a good young core to build around in Young, John Collins, and Cam Reddish. However, they are still a couple pieces and years away from competing for the playoffs.

Neither team lost this trade. We obviously can never know for sure how good either team would be if they simply stuck with their original selections. Do the Hawks make a move like acquiring Kristaps Porzingis like the Mavericks did? Both teams would be very different if the trade did not happen. Doncic and the Mavericks may be enjoying more team success right now, but if you’re the Hawks, you’re still happy you came away with a star player. Would they prefer they had Luka? Probably. But Trae Young is a fair consolation prize. Both players are All-Stars that will lead their teams for the next whatever amount of years. Their careers are just getting started; sit back and enjoy their greatness while we can.