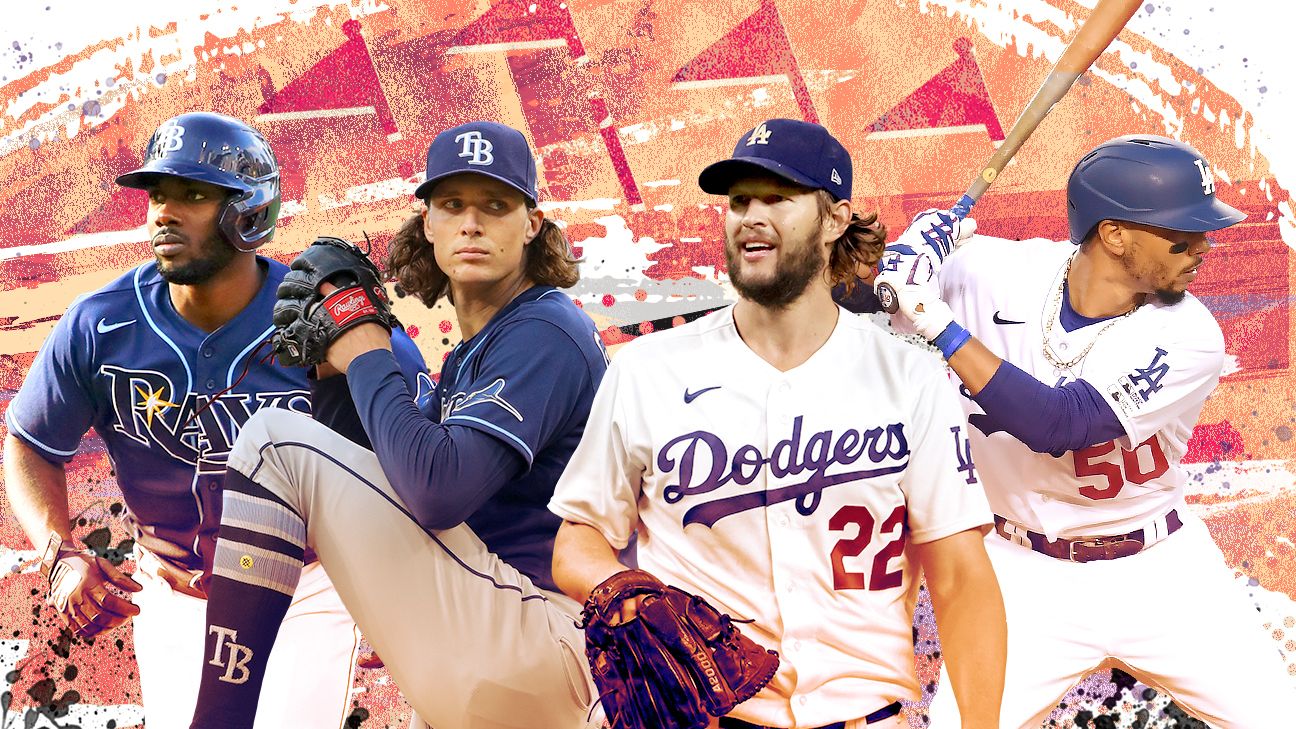 I do think the Los Angeles Dodgers will win the 2020 World Series. Talking about the Dodgers first, they were able to battle back after being down 3-1 in their series with the Atlanta Braves. With their backs against the wall and being one loss away from elimination, they found a way and are the National League champions. One of the biggest reasons they’re representing the NL, Mookie Betts. Check out some of these amazing catches:

For the American League champions Tampa Bay Rays, they were able to hold on and beat the Houston Astros in seven games despite having a 3-0 series lead. After the team looked lost in Games 4, 5, and 6, they were able to step up when it mattered the most and eliminated the Astros in Game 7. The MVP of that series, outfielder Randy Arozarena. Against Houston, Arozarena homered four times and registered five RBI’s. In result of Arozarena being so successful in the series, he was named the ALDS MVP. To see more of Arozarena, check out his highlights here:

Between the battle of the number one seeds, I do think the Dodgers will get over that hump of not winning the title in this postseason. Their pitching staff is playing great and the offense is playing the way we expected them to play before the season got underway. I am not taking away anything from the Rays because they are a good team, but the Dodgers offense is deadly and if the Rays pitching staff makes a mistake, then the Dodgers will make them pay.

Tampa’s offense will need to match the skill level of the Dodgers offense. If the Rays are trailing and can’t respond, they’ll have a problem because Los Angeles has an offense that can pull away with the lead. When it comes to the pitching staff, I would also give the Dodgers the advantage but the Rays pitching staff is good as well. It’s not much of a gap but as I mentioned, I think the Dodgers pitching is just a tad better than Tampa Bay. At the end of the day, I do think the Dodgers will win in six games but I won’t be shocked if the Rays win the World Series. Both teams are good, but I think that deadly Dodgers offense will be the reason why Los Angeles wins the title.

With this being the series that will decide who will be the champions of the MLB, each team usually has a player who is overlooked or not talked about enough and will emerge as a big part of their team being successful. In this section, I will predict a player who will come out of nowhere when it matters the most.

For the Dodgers, I think outfielder Joc Pederson will step up. Let’s face it, not a lot of players will get credit when Mookie Betts and Cody Bellinger are the ones who get talked about a lot. If you ask me, I think Pederson will be a huge reason why the Dodgers win. I have a feeling he will step up. He’s a good player but I don’t think he gets enough love. So far in the postseason, the Dodgers outfielder only has nine hits. Even though he has one home run and five RBI’s, Pederson has a batting average of .375 and a OBP of .400, according to MLB.com. I think he will excel against the Rays.

This might be a surprise to some people but I think Brandon Lowe will be a different player against the Dodgers. It’s been a postseason to forget for the Rays second baseman. According to MLB.com, Lowe has six hits, one home run and two RBI’s. With a batting average of .115 and a OBP of .193, this is the time to turn it around. In any sport, the last player you would expect to do something comes out of nowhere and is part of the reason why his team wins the championship. I think this is the case for Lowe.

Game 1 starts tonight @8 pm on FOX. The starting pitchers for tonight will be Tyler Glasnow (TB) and Clayton Kershaw (LAD).