We have been waiting for this since last year’s World Series. This is not a match up that many people would have predicted, but I believe this one will be very exciting. I have been on the Dodgers bandwagon all year. The Rays are a very good team. If you want a couple previews of the series give Zach and Pat a read. Both great writer for Couch Guy. I will recap the League Championship Series and give my prediction for the World Series in this article.

Before I get started this series are exactly what you wanted out of a championship series. There was drama in both, comebacks, great plays. If you planned on both series going 7 well you were right.

I said this would go 6 games. I did not see the Rays going up 3-0 only to have the Astros storm back to tie it all at 3-3. The Astros were the second team in baseball history to force a game 7 after being down 0-3. The only other team to do that was the 2004 Boston Red Sox and if you are a baseball fan at all you know about that team. After looking really bad in games 4-6 the Rays were able to pull out a 4-2 game 7 win.

Randy Arozarena was named ALCS MVP. He is 1 homerun shy of tying the MLB postseason record. He is also 1 hit shy of tying Derek Jeter’s rookie record for hits in a postseason. Not many people (including myself) knew who Arozarena was before the playoffs. I love the way he plays. A good article about him is here.

Now for the Astros, they looked dead in the first 3 games, then like the best team the next 3. Carlos Correa playing the villain role was awesome. I do not like him for his comments after the cheating came out, but he changed my mind a little the way he played. Hitting a walk off in game 5 was so clutch. I do feel bad for Jose Altuve. He made so really bad errors, but was able to make up for it with his bat. You can tell Altuve plays with his heart on his sleeve. He was wearing each one of those mistakes.

The Braves took a 3-1 series lead in the series and looked like they were going to cruise to the World Series. That did not happen unfortunately. But this is not the end of the line for them. They were in every game besides game 3 (15-3 in favor of the Dodgers). All the young stars the Braves had were able to show up and play the way we expected. Ian Anderson is going to be an ace for years to come. Anderson should that he has what it takes to pitch in big games. Ronald Acuña Jr. did what he does and got on base and hit.

At the end of the day the Braves just did not have what it took to close out the series. Missing both Cole Hamels and Mike Soroka hurt them. You could see they need 1 or 2 more good pitchers to finish off the Dodgers. The Braves will be right back in this position again. Next time I do not think they will fail.

As for the Dodgers they are right where everyone thought they would be. After looking like they were going to lose this series down 3-1 they stormed all the way back to win it. The pitching came up huge for the Dodgers, but the offense was what got them there. Their lineup is so deep. Having Chris Taylor hitting 9th is special. Another year and another chance for the Dodgers to win the World Series.

Corey Seager was named NLCS MVP. He hit 5 homeruns in the series. That is crazy! Seager was hurt most of 2019 and many people thought he was a one-hit-wonder. Now he is back and wants to prove to the world how good he really is. Will Smith had so many clutch hits. Cody Bellinger hitting the series winning homerun was awesome. The Dodgers were able to get back to the World Series. Now let’s see if they can pull it off. 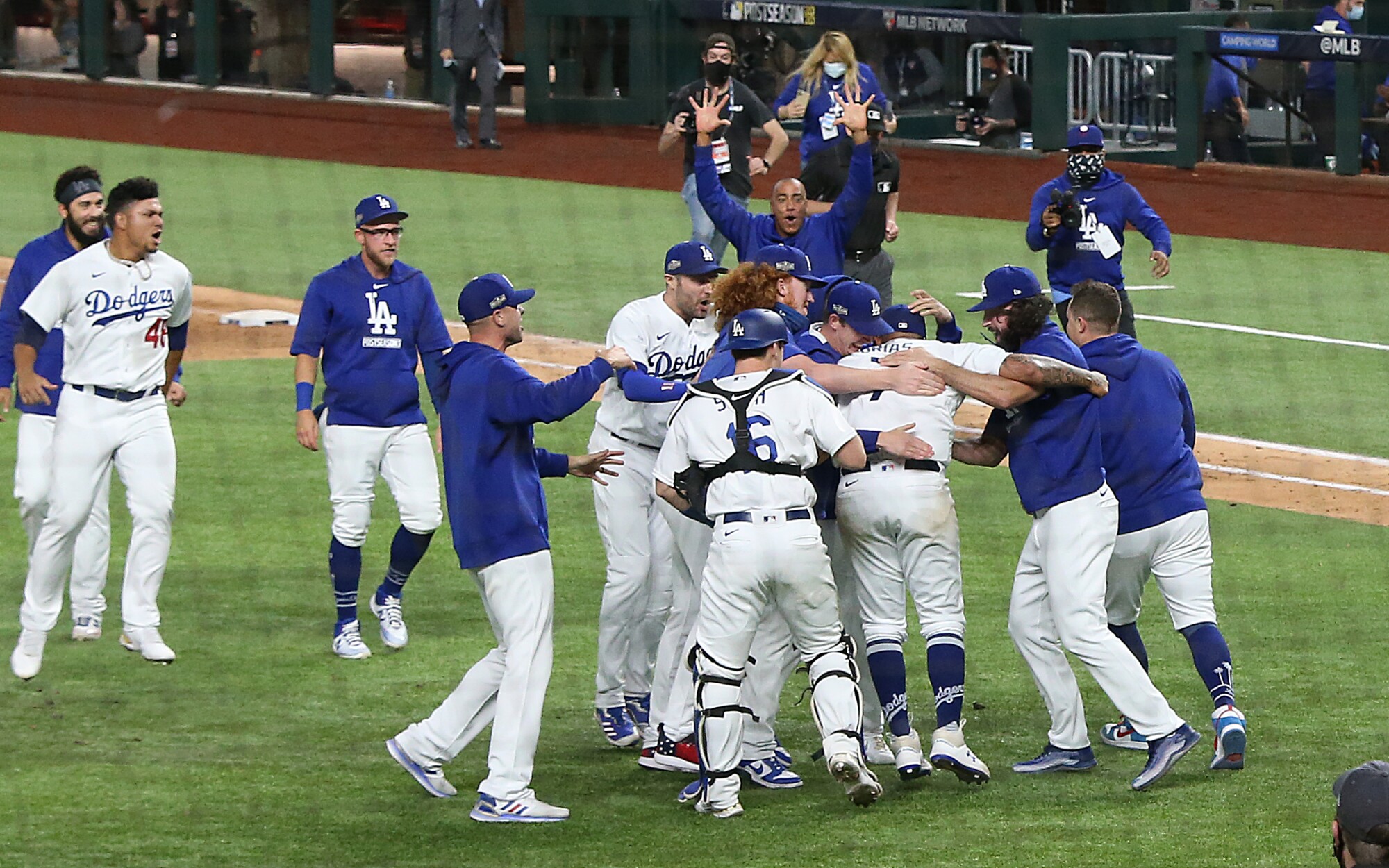 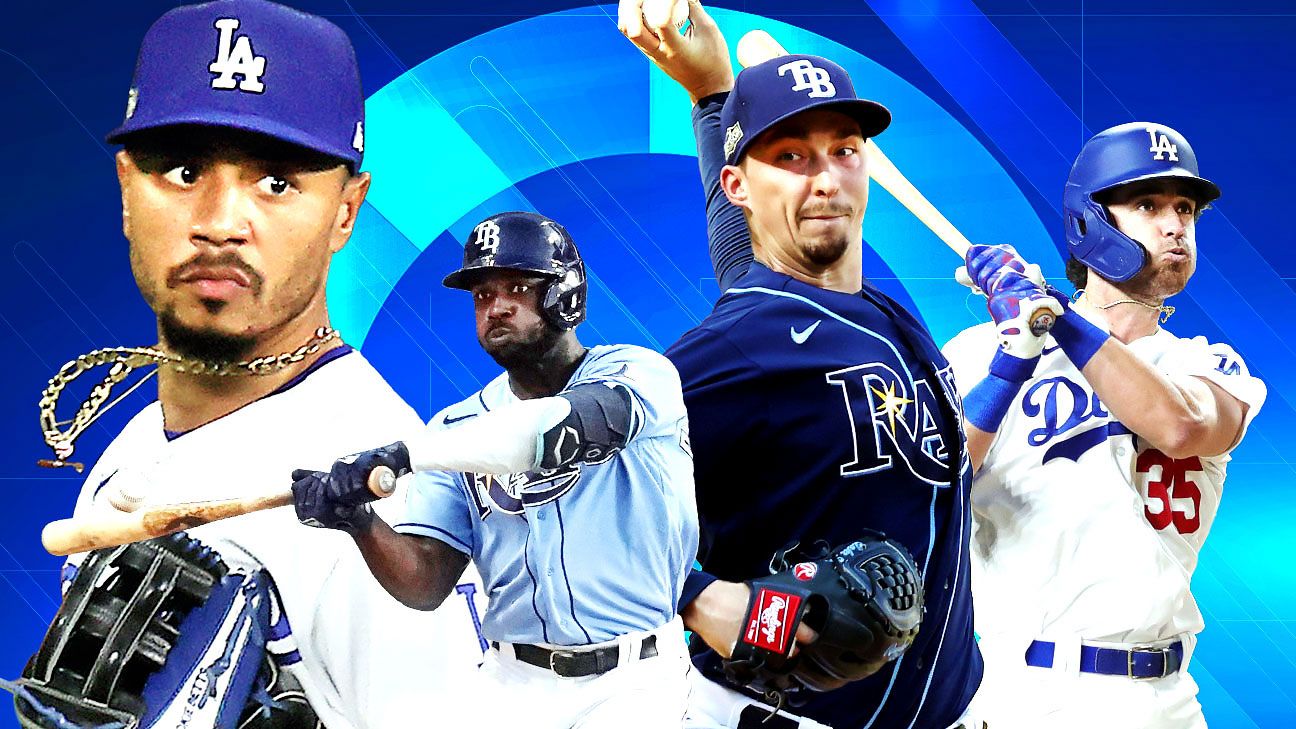 With the World Series starting tonight (Tuesday 10/20/20) we will finally see how the best team of 2020 is. I do believe this shows the two best teams from this season. Both the Dodgers and Rays were the 1 seeds in the American and National Leagues. This series has everything a baseball fan wants. 7 games in 7 days, if it goes that far. The Rays have all the arms one can dream of. While the Dodgers have the hitting to put up 11 runs in 1 inning, just ask the Braves.

As for the Rays their keys to winning it is simple: PITCHING. They have guys many people have never heard of throwing 99. They have great starting pitching. The Rays need to keep games close. If they start to let up a lot of runs in games this series will be short. The Rays do not want to have to keep going to the bullpen early each game. Usage for the bullpen is already high because of how many games the Rays have already played in the postseason. They do not want to have to keep relaying on the bullpen.

However if Arozarena stays hot the Rays offense came be deadly. We saw it in the ALCS, when the Rays needed big hits they got them. Maybe some of the players no one has heard of but that does not mean they are not good. The Rays find every way to win baseball games. Like I said if the games are close the Rays can win this. They will be looking for their first World Series ever.

Now for the Dodgers, they are the complete team. They have so many great hitters, they have multiple aces in their pitching, and their bullpen can be great. This is their 3rd World Series appearance in the last 4 years. They have come up short in the other two. Let’s see if this is finally their year.

Seeing the way the Dodgers came back against the Braves makes them a very scary team. They started to have great at-bats. The game tying homer in game 7 by Kike Hernández was an 8 pitch at-bat. So was the game and series winning homer by Cody Bellinger. If the Dodgers can have their lineup do that all series long they will win this easy. As we saw in the NLCS the Dodgers can put up runs fast. Also, they are not scared of being down. They will fight back. Is this their year?

I have been on the Dodgers all year long. This is not changing now. I have the Dodgers winning this in 6. They finally will win their World Series. I do believe the Rays will keep this series close. But, the Dodgers are just too good and too hungry. This will be the first Dodgers first World Series since 1988.

What are your thoughts on the series? I want to hear them! Tweet me if you think the series will go down differently.

As I said earlier the League Championship Series were all we could have asked for. Both going 7 games in great ways. The Dodgers and Rays have been the two best teams all year. This will be a great series. I am going to be watching every game. As always listen to my thoughts on Legends Lingo.