In the grand scheme of things, naming the next captain of the New York Rangers is not near the top of the to-do list. They have, however, been without a “C” since they traded Ryan McDonagh to the Tampa Bay Lightning a couple seasons ago. In fact, the Rangers have traded their last two captains. Ryan Callahan was also traded to the Tampa Bay Lightning back in 2014 for Martin St. Louis. St Louis went on to have a decent stint with the Rangers and was a key contributor to the Rangers cup run in 2014 and 2015.

The team has been rocking with four alternate captains since the McDonagh trade. This past season, the four alternates were Artemi Panarin, Chris Kreider, Jacob Trouba, and Mika Zibanejad. It is a common question from fans on who will be the next Ranger to wear the ‘C’. Let’s break down the top candidates. 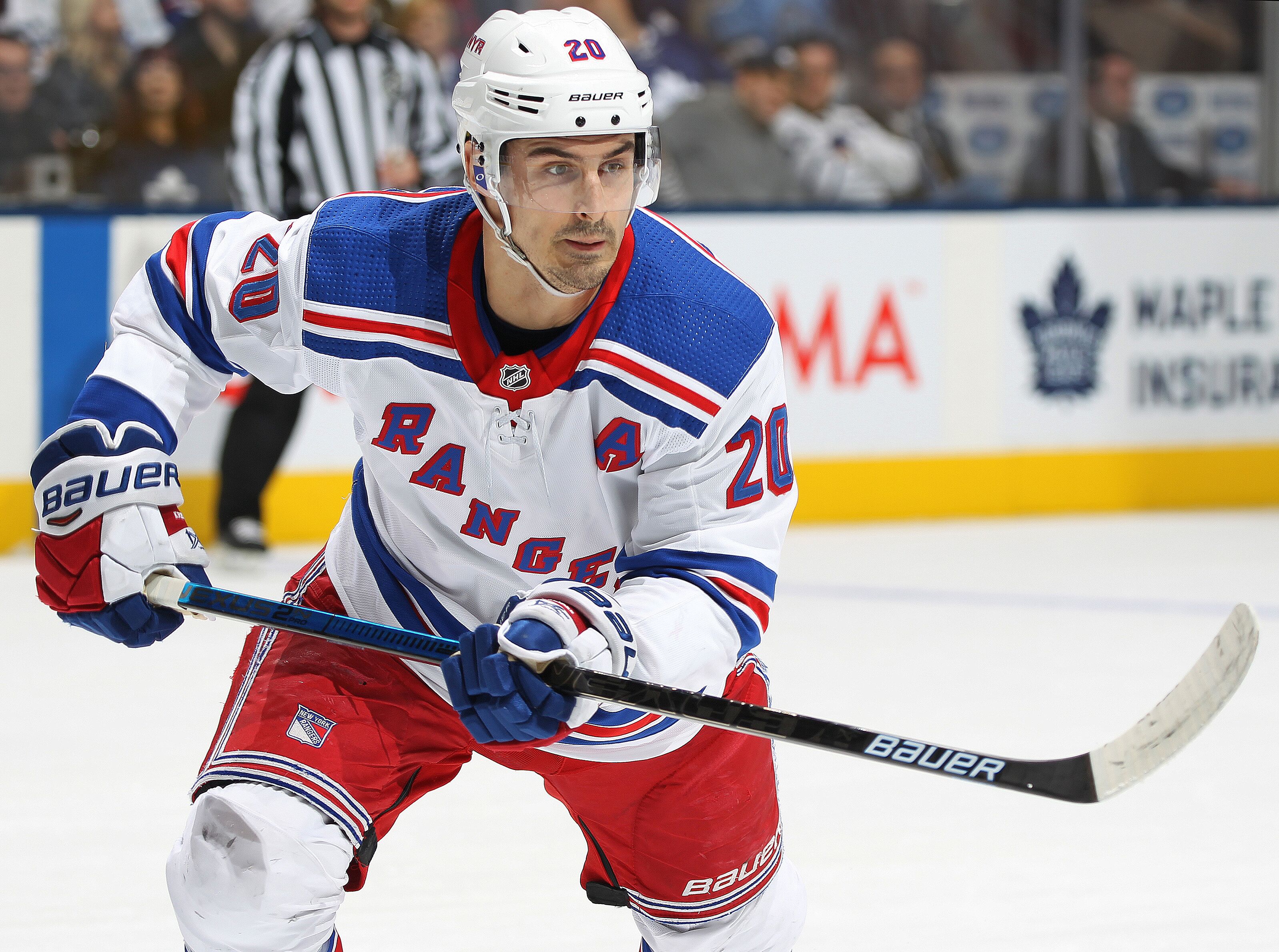 Chris Kreider is the longest tenured Ranger. He is the only player left from the last great Ranger team in 2014-2015. He is the bridge from the previous era to the current era of Ranger hockey. Kreider has been wearing the ‘A’ the longest out of the current alternate captains. He is the logical choice in terms of tenure and veteran status. He is also under contract for six more seasons so he is likely here for the long haul. However, his on ice performance is inconsistent and he disappears for weeks at a time. The ‘C’ may not be best suited for someone who you don’t even notice for lengthy stretches at a time.

As it stands right now, Mika Zibanejad is the most logical choice to be the next Rangers captain. His on ice performance is up there with other star players who are also captains. The only hitch that would come with Zibanejad is his contract situation. He is due for a big pay day in a couple offseasons which may lead the Rangers to explore trade options for the Swede. I do not think that is the right thing to do. He has proven he can play in New York at a star level and needs to stick around for the long haul. If Zibanejad (or any other non-american) were to be named captain, they would be the first non-american since Jaromir Jagr to wear the ‘C’ for the blueshirts.

Jacob Trouba less likely than the aforementioned Kreider and Zibanejad. However, he does have the leadership ability and term length to justify the promotion. Trouba has the job of mentoring the young K’Andre Miller on the Rangers second defensive pair. Trouba is a gamer a player that the locker room highly looks up to. He needs to keep healthy and stay on the ice to get the promotion, but Trouba can handle the responsibility.

Welcome to the dark horse candidate. Based on everything we know about K’Andre Miller is that he is far more mature than his age and carries himself with poise and confidence. His leadership ability was praised while at Wisconsin and has a reputation of being a man of strong character. In order for Miller to be the next Rangers captain, they would have to go without one for a few more seasons as he is only 21 years old. Even if he is not the next Rangers captain, I would not be surprised if he ends up wearing the ‘C’ at some point in his Rangers career.

Like I said at the beginning, naming the next New York Rangers captain is not at the top of Chris Drury and Gerard Gallant’s to do list. However, it is a reasonable question because it has been a few years. If it was up to me, I would get Mika Zibanejad’s contract settled with an extension and then name him captain. He was the de facto captain as he wore the ‘A’ every game while the other three rotated throughout the season. I would expect the Rangers to follow a similar course of action. Mika Zibanejad will be the next New York Rangers captain, but I believe it will not be for a couple more seasons.

Tired of soreness and pain slowing you and your workouts down? Change that. Melt stress away anytime, anywhere with the ExoGun. Designed to give you the ultimate recovery utilizing percussive therapy and deep tissue massage, it will change your recovery life FOREVER. Follow this link (Exogun) for 10% off or use code promo code “CGS10” at checkout!