With the addition of Taylor Hall to the Buffalo Sabres, there’s a question that needs to be answered; who will be on the right side of Jack Eichel and Hall? In this article, I will give you a few candidates that will have head coach Ralph Krueger thinking of who to put on the top line.

Ever since Eichel has been in the league, 2014 first round pick Sam Reinhart has been on Eichel’s wing. A lot of people are skeptical on Sam because his production hasn’t lived up to what we Sabres fans expected. However, his numbers aren’t that bad. Last year, Reinhart had 22 goals and 28 assists. I do think he can get into the 25-30 goal range but if he is on the top line with Eichel and Hall, I’m sure his numbers will be better.

Jeff Skinner is another possible candidate to be on the top line with Eichel and Hall. After getting acquired from the Carolina Hurricanes a couple of years ago, Skinner’s first season in Buffalo was a good one. Not only was he on Eichel’s line, but he scored 40 goals and recorded 23 assists. It was a different story last year however for Jeff. He wasn’t on Eichel’s line and registered only 14 goals and nine assists. In his defense, he was playing with players who aren’t known for putting up points so that didn’t help him. With that being said, the Sabres have some talent now but we will see what coach Krueger does. 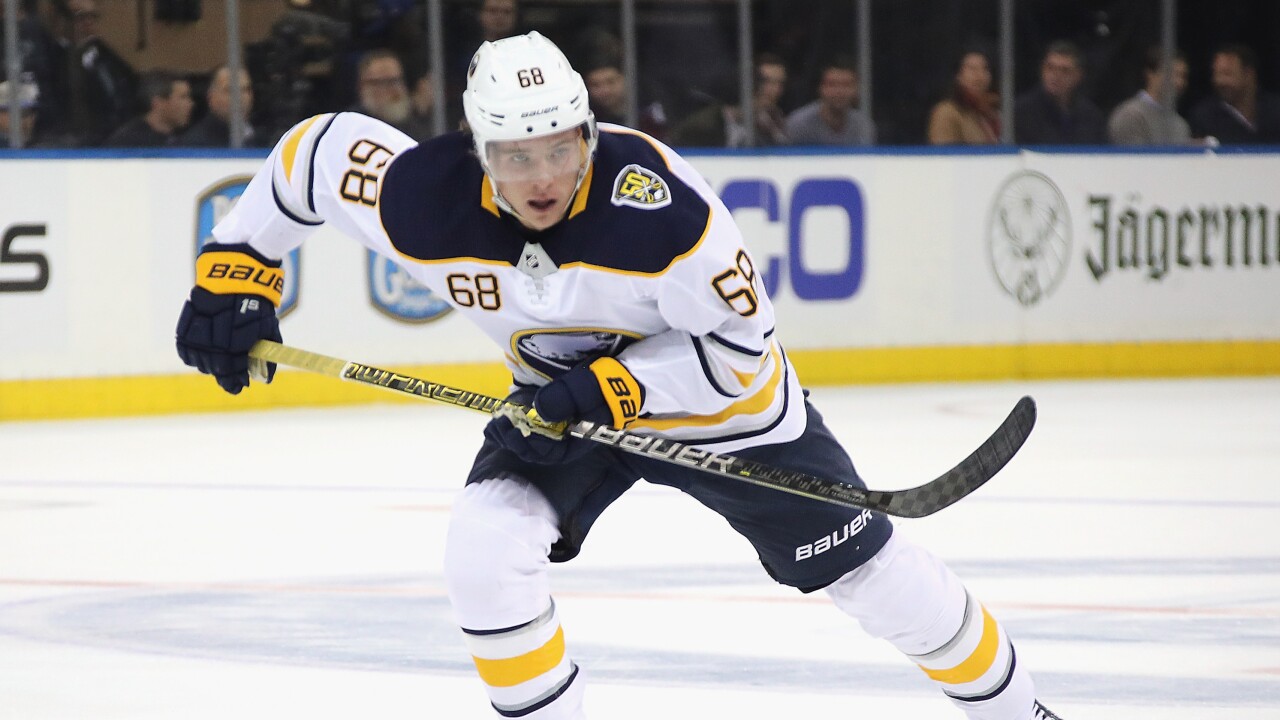 The last candidate is second year player Victor Olofsson. Despite having an injury cut his season short, Olofsson had a good rookie season last year. Scoring 20 goals and getting 22 assists, Olofsson was in the conversation for rookie of the year but suffering an injury stopped those talks. If he didn’t get injured, I do believe he would have reached the 30 goal mark. He was Eichel’s linemate last year as well, so that’s another reason why he had good numbers.

If you were to ask me who would be on the top line with Eichel and Hall, I would say Olofsson. I just think him with Eichel and Hall would be a deadly top line. With that being said, I wouldn’t be surprised if Skinner was the one who would win the right wing job on the first line. We will see what happens but one thing is for sure, Ralph Krueger will have some good players to choose from.