Regardless of the many opinions of how this season went, the Patriots have a first round bye in the playoffs and will be once again avoiding Wild Card Weekend.

That means that we don’t have to preview what might happen this week, but we do need to look at who the possible opponents for the divisional round might end up being. As long as the Pats are home, their chances still look good, but some opponents seem more appealing than others.

Los Angeles Chargers – The only way the Chargers can come to town is if the Colts beat the Texans. If the Colts do come out on top, the Chargers are who I want to see, but their offense is so explosive that the Patriots defense might not matchup well against them.

They have been horrendous against the run and Melvin Gordon and Austin Ekeler have dominated defenses all season long, and they would do the same to the Pats.

Tom Brady has struggled mightily against heavy pass rush this season, and Joey Bosa and Melvin Engram would torture him in his own house. The one thing that gives me promise about playing this team is #17. Philip Rivers is one of the biggest choke artists in the playoffs, especially when he plays the Pats. Anthony Lynn does not seem like a coach that could make up for this by outsmarting Bill.

The Chargers are a high powered team this year, and they would play a competitive game with the Pats that they would most likely blow in the end.

Baltimore Ravens – Oh boy do the Ravens terrify me. They historically have the Patriots number in the playoffs, and it is never an easy game to for them.

It doesn’t ever matter to the Ravens where this game is played either. They have beat the Pats at home and they can do it again. They have one of the most potent run offenses in the NFL, and a running QB on top of that which the Patriots have struggled with.

This is also one of the hardest running QBs to stop in Lamar Jackson. People think that they want the Ravens because a rookie QB in the playoffs is someone the Pats can beat. Any other rookie QB that might be the case, but they scare me. They also have a defense that has been playing like the best in the league.

Pass rush is mean, secondary flies all over the field and the linebackers make plays in both the run and pass game. If the Colts win, and the Ravens win, this Ravens team will come to Gillette, and that is the worst case scenario if this season is going to stay alive.

Houston Texans – The Texans seem to be the best case scenario here. The Pats have already beat them this season, although that was a very different Texans team.

It seems like most teams that play the Texans forget to cover DeAndre Hopkins but Stephon Gilmore is a great counter to not make this mistake. After that, there are no big threats in the passing game on this team. Their combination of Lamar Miller and Alfred Blue probably doesn’t scare too many people either.

That brings their X-factor to DeShaun Watson. If they contain him then they can hold the offense in check.

J.J. Watt and his buddies in the pass rush might cause issues for Brady, but if they have a strong running game that shouldn’t be a problem.

The Texans just have not ever been a playoff winning team, and it seems like Belichick has space for rent in Bill O’Brien’s head. This would be the best case scenario for the Pats in the Divisional round, and being the 3 seed if they win they come to Gillette. 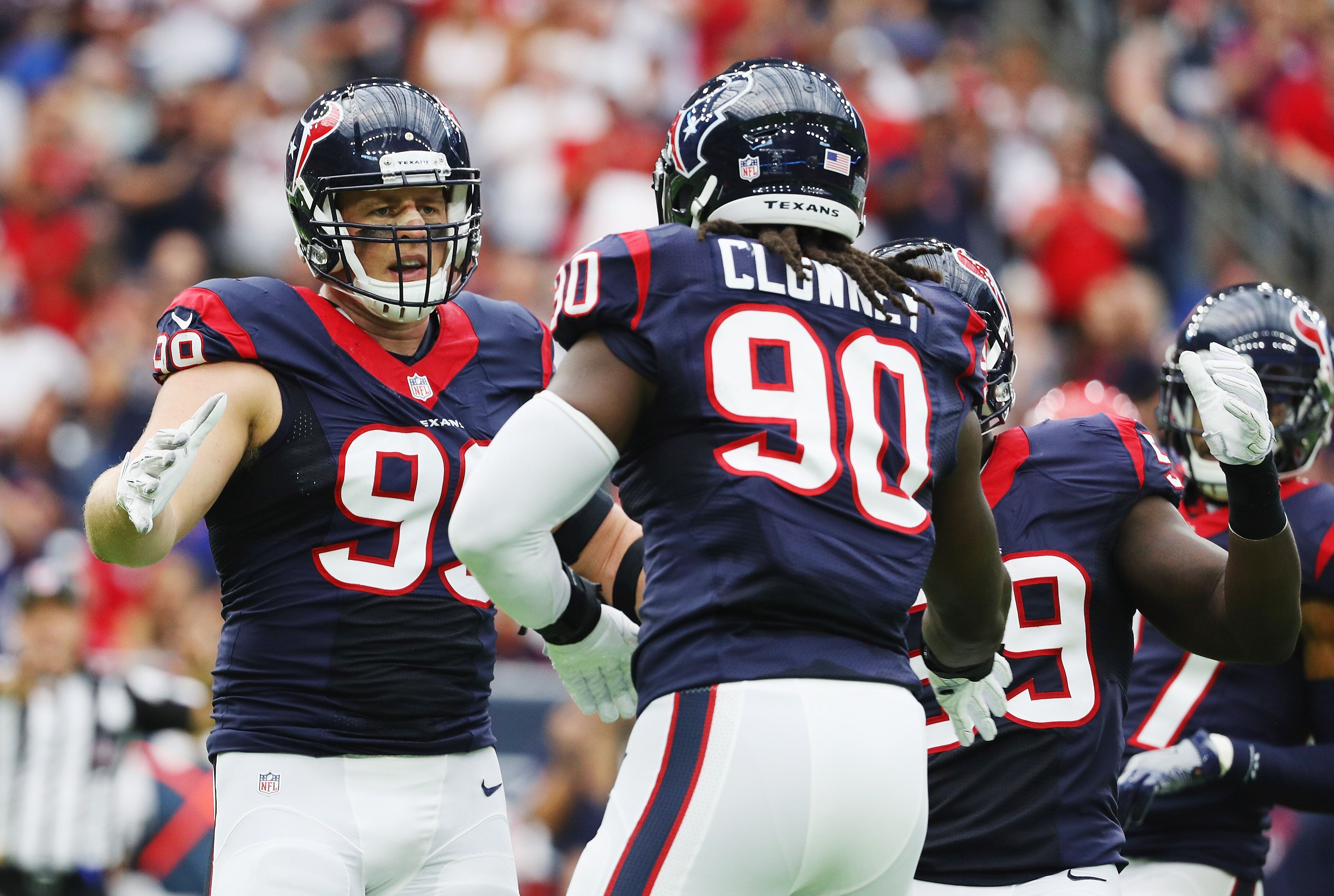 The Colts would not be able to play the Patriots because as the 6 seed they would automatically go to KC if they beat Houston. Let’s all jump on the Texans bandwagon this weekend and hope we see them next Sunday.

2 thoughts on “Who Should the Patriots Want To See Win Wild Card Weekend?”