Mets fans have had a lot time to think about who to target in free agency. Now that Steve Cohen is poised to take over the team, the possibilities are limitless. For years, the Mets scraped the bottom of the barrel for signings with Curtis Granderson being the biggest free agent contract given out in the last decade or so. With Cohen at the helm, Mets fans are hopeful they can compete with the Dodgers and Yankees for the premier talent. With that said, lets look at three potential targets for the Mets this offseason.

Realmuto is probably the biggest prize this offseason for any team. In his last three full seasons, Realmuto has posted WARs of 4.4, 4.5, and 4.5. He is widely considered to be the best all around catcher in the game. The Mets desperately need to upgrade at catcher. In his two season in Queens, Ramos posted a combines 2.4 WAR. He hit the ball relatively well, even going a 26 game hitting streak in 2019. However, his defense is atrocious. Realmuto would provide an upgrade both offensively and defensively. Until Francisco Alvarez is ready , Realmuto is the perfect candidate to be behind the plate. The main qualm is that he is reportedly seeking a $200 million contract. He is currently 29 and will be 30 when the new season starts. How many 30 year olds truly live up to their massive contracts?

Trevor Bauer is the best free agent pitcher on the market. Him and Marcus Stroman headline a relatively weak free agent pitching class. The Reds ace just completed one the best seasons of his career and perhaps earning his first Cy Young award. Bauer has posted a career 17.6 WAR with accumulating 2.7 of that this past season. The Mets need to add pitching as Michael Wacha and Rick Porcello did not pitch well this past season. Noah Syndergaard is still recovering from Tommy John surgery so he is a question mark coming into his last season before free agency. Bauer would be an excellent addition to go along with Jacob Degrom. Bauer does come with some baggage as he is notoriously a lone wolf in the clubhouse and is not afraid to go after fans on twitter. Either way, I would love to see him in the rotation pitching right after Degrom. 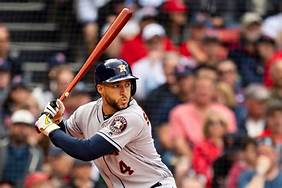 Now this one I am less excited about. After what happened with the Astros, I do not want to go after one of the main beneficiaries. Plus, Springer is already 31 years old and will only get older. His best years are behind him and he almost certainly not live up to his contract. What Springer does offer though is a center fielder who hits home runs. The Mets center field position is weak and Springer would be an upgrade. However, I do not want the baggage coming with him.

This is one of the first offseasons in a while I am actually excited for. Cohen opens up a whole new level of possibilities. He has already pledged to funnel money into the analytics and player development side of the team. However, we won’t see the benefits of that for a couple seasons. The Mets are still in win now mode and adding guys like Realmuto and Bauer would be huge for their playoff hopes.