The New York Football Giants are one of the most iconic franchises in all of sports. The four time Super Bowl Champions (with half of those against the Pats) the Giants are among one of the winningest franchises in the NFL. However, they have recently been one of the worst teams in the league. They have picked in the top 6 in 3 consecutive years, have had 5 first round picks in those 3 years, and traded away star wide receiver, Odell Beckham Jr. Those picks have turned into Saquon Barkley, Daniel Jones, Dexter Lawrence, DeAndre Baker, and Andrew Thomas. If you notice, not one of those players is a bonafide pass-rusher.

A History of Defense 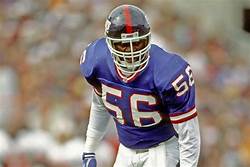 The Giants have always prided themselves on their defense. Historically, they have had players like Carl Banks, Lawrence Taylor, Michael Strahan, and Justin Tuck. Taylor revolutionized the linebacker position when he dominated the field in the 80s and 90s. Strahan holds the single season sack record with 22.5 sacks and he helped mentor Justin Tuck. Strahan, Tuck, Osi Umenyiora, and Jason Pierre-Paul helped anchor the defensive line in their most recent Super Bowl victories. They held the greatest offense ever to 18 wins and one GIANT loss.

In their most recent playoff appearance, they revitalized their defense by bringing in Olivier Vernon, Damon “Snacks” Harrison, and Janoris Jenkins via free agency. That defense was one of the best in the league and led the team to an 11-5 record. They ultimately got dismantled by the Packers on Wild Card weekend, but the crushing Giants defense was back, at least for one season. The team faltered the next season and led to a slew of trades over the next few offseasons. Harrison was traded to the Lions, Vernon to the Browns, and Jenkins was released last season after some very hurtful and derogatory comments. OBJ was also shown the door, and the Giants entered a full rebuild.

Where they are now

The Giants have not had a dominant pass-rusher since they traded JPP to the Bucs. Vernon was good but did not live up to his massive contract. They decided to fore-go a pass rusher in this most recent draft class when they took OT, Andrew Thomas instead of Isaiah Simmons. The OL certainly needed a boost and that’s the route Joe Judge and Dave Gettleman decided to go. 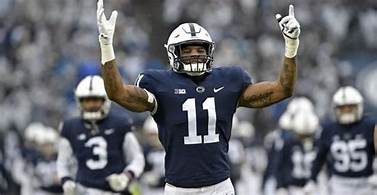 To bring the Giants back to the promise land, they need to start focusing on their pass rush. There are free agent options like Jadaveon Clowney (wicked expensive) or they can wait until next year’s draft. They will be picking no later than 15 so there should be some pass rushers available. Keep an eye out for guys like Xavier Thomas out of Clemson, Gregory Rousseau from The U, and Micah Parsons from Penn State. These guys are elite pass rushers and will make an immediate impact on the Giants defense.

The Giants have a slew of great run defenders. With guys like Dalvin Tomlinson and Dexter Lawrence, they have the middle of the defensive line covered. They desperately need an edge rusher to help out Marcus Golden. Look for them to improve that position in next year’s draft with one of the guys I mentioned above. The Giants have a good offense. I predict they will be a part of a lot of high scoring games where their offense keeps them in it, but their defense falters. In order to make it back to the playoffs, the Giants desperately need to upgrade their pressure on the opposing quarterback and they need to address it soon.