The Rangers are about to get one of their shiny new toys. Vitali Kravtsov has joined the Rangers after finishing his season over in the KHL. Kravtsov was the Rangers 9th overall selection back in the 2018 NHL Entry Draft. He was the headliner in a class that also included K’Andre Miller and Nils Lundkvist. What can the Rangers and Rangers fans expect from the 21 year old Russian winger?

Vitali Kravtsov can flat out score. In 49 games with Chelyabinsk Traktor, he put up 16 goals and 8 assists. He was easily the best player on Traktor, a team that has recently not been so good. Kravtsov led them to the KHL playoffs. He put up 2 goals and 2 assists in 5 games before getting bounced in the playoffs. Kravtsov brings his high upside scoring potential to the Rangers. He ranks competitively with players like Artemi Panarin and Nikita Kucherov for points for players his age in the KHL. I would say both Panarin and Kucherov have turned out pretty good in the NHL.

Where does he fit in? 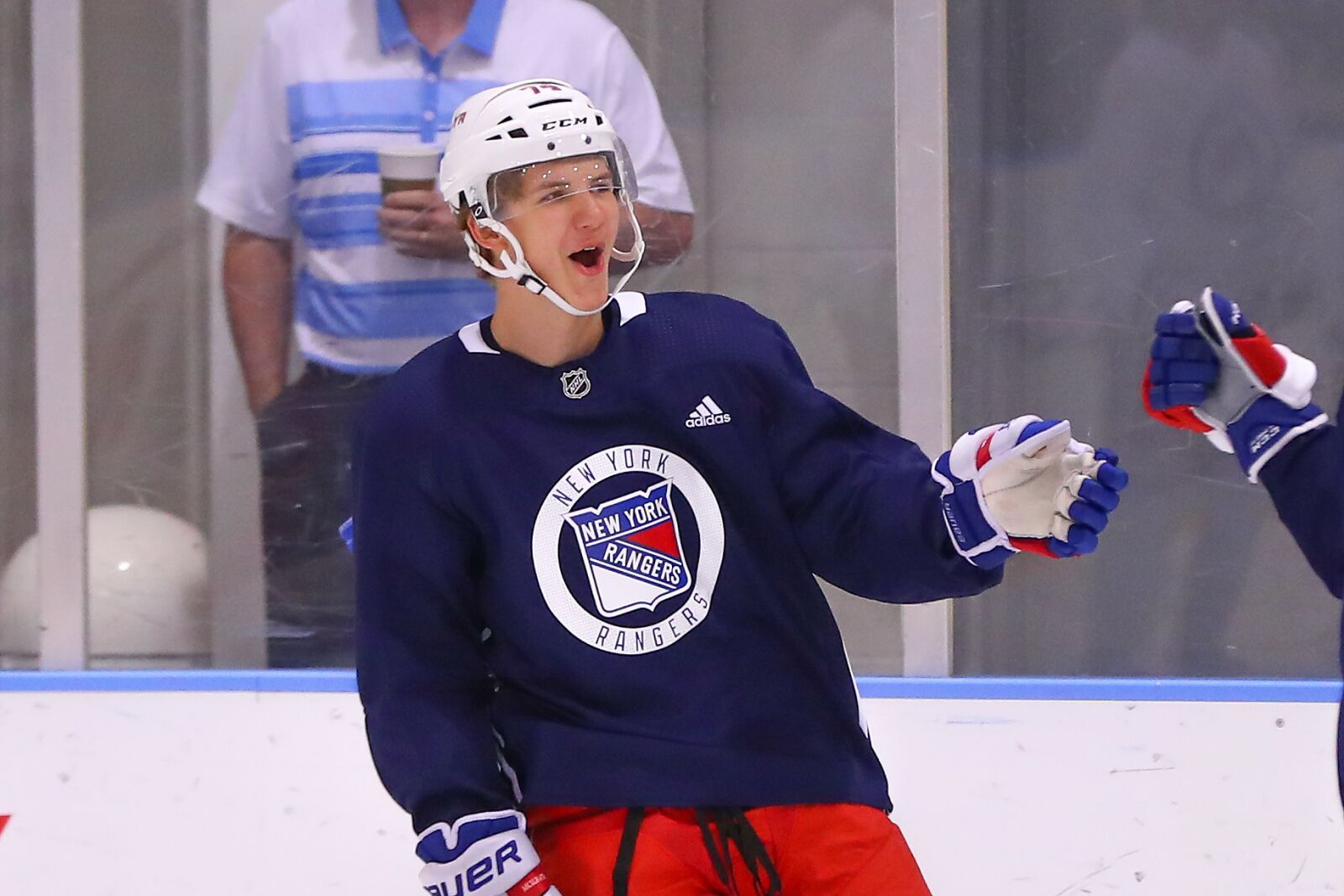 The Rangers have an abundance of young wingers that need to find ice time. Kravtsov will be competing with the likes of Panarin, Chris Kreider, Pavel Buchnevich, Kaapo Kakko, and Alexis Lafreniere for ice time. Rangers fans should not be surprised when Kravtsov slides in on the fourth line and get maybe 10 minutes of ice time. The Rangers and Kravtsov did not get off to the best start when he expected to make the team back in 2019. Kravtsov spent time down in Hartford before heading back to Russia. There was speculation that the relationship was beyond repair and Kravtsov may never suit up for the Rangers. However, that is all a moot point now that he is days away from making his regular season NHL debut.

The Rangers are one shiny toy away from having all the major pieces from the rebuild in New York. Once Nils Lundkvist joins them (if he isn’t in the Jack Eichel trade), all the major draft picks since they released their rebuild letter will be in the NHL. The future of the Rangers is now here. The rebuild is essentially over and it is time for them to start winning. Kravtsov will hopefully be a key contributor to present and future Rangers success. He is not the shiniest draft pick in town (thanks to Kakko and Lafreniere) and will learn under fellow Russians, Panarin and Buchnevich. He will be a lot of fun to watch, and will hopefully be lifting the Stanley Cup in a Rangers uniform in a few short years.