I liked what I wrote about last week and talked about something that happened on that day in baseball history. So I thought I would continue that idea going forward while there is no baseball. I might do these more than once a week, so it isn’t just every Monday. If there was something interesting that happened on a date I might write about it.

So for April 27th, it seems like a better day than most to throw a no-hitter. Maybe it is because the season is still new and hitters aren’t fully up to speed. But 4/27 is tied with the most no-nos on a certain day with 3 others (5/15, 9/20, & 9/28). There have been a total of six no-hitters pitched on these dates. There are some other milestones on this date as well, such as: Barry Bonds joining the 300-300 club, Nolan Ryan passing Walter Johnson on the strike-out list, and Hank Aaron joins the 600 homerun club.

The most recent no-no on 4/27 was by Kevin Milwood of the Phillies. Milwood only need 108 pitches to hold the Giants hitless. This was the Phillies first no-hitter since 1991.

A year early Red Sox pitcher and 3rd place finisher in the Cy Young voting Derek Lowe no-hits the Devil Rays. This was the first no-hitter at Fenway Park since 1965. Lowe needed only 97 pitches for this one.

Scott Erickson no-hit the Brewers in 1994 for the Twins. Erickson lead the Majors in most hits allowed during 1994, but found his best stuff in this start.

The Royals’ Steve Busby no-hit the Tigers. Busby became the 13th rookie to ever throw a no-hitter. This was the first ever no-no in Royals history. He would go on to throw another one the following season.

Tom Phoebus of the Orioles found a way to no-hit the Red Sox in 1968 after almost being scratched from his start with a shore throat. With this game being played before the DH Phoebus went 2-4 on the day.

Lastly, Jim Tobin of the 1944 Braves tossing his first of two no-no on the year against the Dodgers. Tobin had just started using a knuckleball. He also provide most of the offense with a solo homer in the 2-0 win.

You can see that 4/27 has been a great day for pitchers throughout the years. But that does not mean some hitters have not had their milestones reached on this day.

On 4/27/1996 Barry Bonds become only the 4th player ever in Major League Baseball history to hit 300 homeruns and steal 300 bases. This achievement showed how good Bonds truly was. He could hit for power but also run. The other 3 on this list goes as follows: Bobby Bonds (his father), Willie Mays (his godfather), and Andre Dawson. That is a great list to be on with 2 Hall Of Famers. 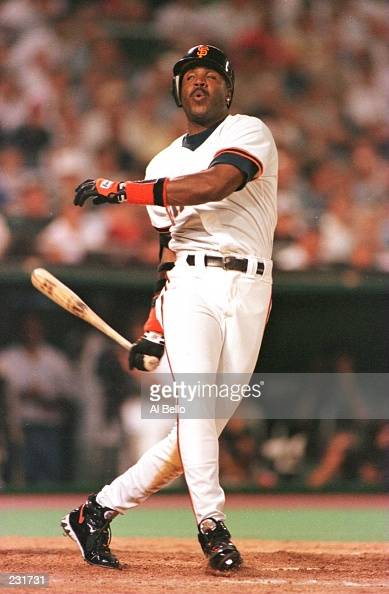 on 4/27 Nolan Ryan became the first of 3 pitchers to break Walter Johnson’s strike-out record in 1983. Johnson’s record was at 3,509 strikeouts before Nolan Ryan over took the record. During the same season both Steve Carlton and Gaylord Perry broke Johnson’s record as well. Nolan Ryan would go on to finish his career with 5,714 strikeouts, which is still a record today. If I am being honest that has no chance of being touched. With pitch counts and all of that stuff, pitchers do not come close to the innings needed to pass it. A pitcher would have to average 300 strikeouts a year for 20 years to pass it.

Hank Aaron in the 600 Homerun Club

One of the greatest power hitters ever in Major League Baseball history passed a huge milestone in 1971. Aaron became only the 3rd member of the 600 homerun club. He join legends Babe Ruth and Willie Mays in the 600 homer club. Hank Aaron would become the all-time leading homerun hitter with 755, until Barry Bonds pass it in 2007.

So if you are a pitcher you might want to ask to pitch on April 27th. It is tied with 3 other days with 6 no-hitters. Also Barry Bonds joins the 300-300 club, Hank Aaron join the 600 homerun club, and Nolan Ryan breaks the strikeout record. 4/27 is a good day for baseball players. I will continue doing Today In Baseball History while there is no baseball.