The Chicago White Sox should really start regretting the fact they hired Tony La Russa (if they have not already). The hall of fame manager was charged with a DUI yesterday stemming from an incident that occurred in February. The case was filed on October 28th, the day before the White Sox announced La Russa as their next manager. This is La Russa’s second stint as manager of the White Sox. He started his managerial career back in 1979 with the White Sox and stayed there until he was fired in 1986. He then went on to manage the A’s. Those teams were led by the bash bros, Mark McGwire and Jose Canseco.

There is no doubt that La Russa boasts an impressive resume. He is a 3-time World Series Champion; 1989 with the A’s and 2006 and 2011 with the Cardinals. In addition, La Russa is third all-time in managerial victories. These accomplishments led to a Hall of Fame induction in 2014. 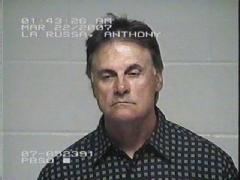 There is an obvious controversy with hiring a guy like La Russa. Not only has La Russa been charged with 2 DUIs (the first one coming from 2007), but has also made some controversial comments in the past. He was very critical of Colin Kaepernick and his decision to kneel during the playing on the Star Spangled Banner. He made comments in response to Baltimore Orioles player, Adam Jones, when Jones said baseball is a white man’s sport. La Russa, while making an appearance on the Dan LeBatard Show said, “I would tell [a player protesting the anthem to] sit inside the clubhouse. You’re not going to be out there representing our team and our organization by disrespecting the flag. No, sir, I would not allow it. … If you want to make your statement you make it in the clubhouse, but not out there, you’re not going to show it that way publicly and disrespectfully.”

Now, obviously these comments are exactly the type of comments and attitude Adam Jones was talking about. The White Sox are one of the youngest and most exciting teams in the MLB. When the playoffs started, I wanted to see a White Sox vs. Padres World Series. Imagine how much fun that would have been. The White Sox are led by a young core of Eloy Jimenez, Luis Robert, Yoan Moncada, and Tim Anderson. Anderson has been very vocal about making baseball more entertaining and has led a movement to challenge the unwritten rules in baseball. I am having a very hard time imagining how an old-timer like La Russa will mesh with such a young and exciting core.

La Russa is certainly one of the most successful managers in MLB history. However, he has also overseen one of the most steroid laden teams in the Oakland A’s. The main question surrounding this issue is why does La Russa get to be in the hall of fame, but McGwire and Canseco are outcasts in baseball? If I am Tim Anderson, I am certainly not happy about the La Russa hire. Even though La Russa has supposedly changed his stance on the anthem, but how can you ignore years and years of evidence that suggests otherwise. Will La Russa actually manage a game for the Sox this season? I would put my money on yes simply because the owner loves him. However, if I am a White Sox player, I am not happy.