Here we go again with Peter going on a Mets rant. I have documented every step of the impending Mets sale at it looks like it will be coming to a close over the next couple days. As expected, Steve Cohen emerged as the top bidder for the team. Cohen is set to become the richest owner in all of baseball. SNY announced today that Steve Cohen is finalizing the paperwork to make the Mets his.

Steve Cohen is reportedly finalizing paperwork on his purchase of the Mets https://t.co/Ky8koOkR5a pic.twitter.com/tZidYwI3vt

This is a huge step for the franchise that has been plagued by the Wilpons for too many years.

What’s left to be done?

In addition to finalizing the paperwork, Cohen still needs to be approved by the MLB and the other owners. A special owners meeting is set to take place in November. At that meeting, Cohen is fully expected to be approved and instated as owner.

Cohen brings a whole new dynamic to the Mets. At the same time, Mets fans have this expectation that Cohen will spend endless amounts of money on top tier free agents. We have not seen a mindset like that since the Wilpons invested all of their money in Bernie Madoff. As awesome as spending wildly sounds, the upcoming free agent class is pretty weak. For example, Marcus Stroman is arguably the top free agent on the board. There is no player like Manny Machado or Bryce Harper to command a ridiculous contract.

Under the Wilpons, the franchise has been stagnant in its attempts to win. Financial problems have crippled their ability to spend on top tier free agents. Also, they have made some questionable “win now” moves that have not turned out to be great. Anthony Kay should be at the big league level for the Mets but instead he is in Toronto when they traded him plus another prospect for Stroman. They also traded Jered Kelenic (#12 on MLBs top 100 prospects) and Justin Dunn for Robinson Cano and Edwin Diaz. Cano has been okay while Diaz has been a disaster. Because of these trades, the team lacks major league ready talent in the minors.

At the lower levels, they have top talent in guys like Ronny Mauricio, Francisco Alvarez, Brett Baty, and Matthew Allen. When you throw in guys like Pete Crow-Armstrong and TJ Ginn (this years top picks), the lower levels look pretty good. The Mets should have a top farm system in another couple years. 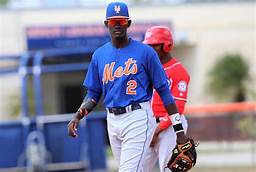 With these young guys emerging in the minors, and Cohen’s ownership, we should be seeing a major culture change happening in Queens. The Mets will look to be in the conversation with the league’s elite and that starts with Cohen getting approved.