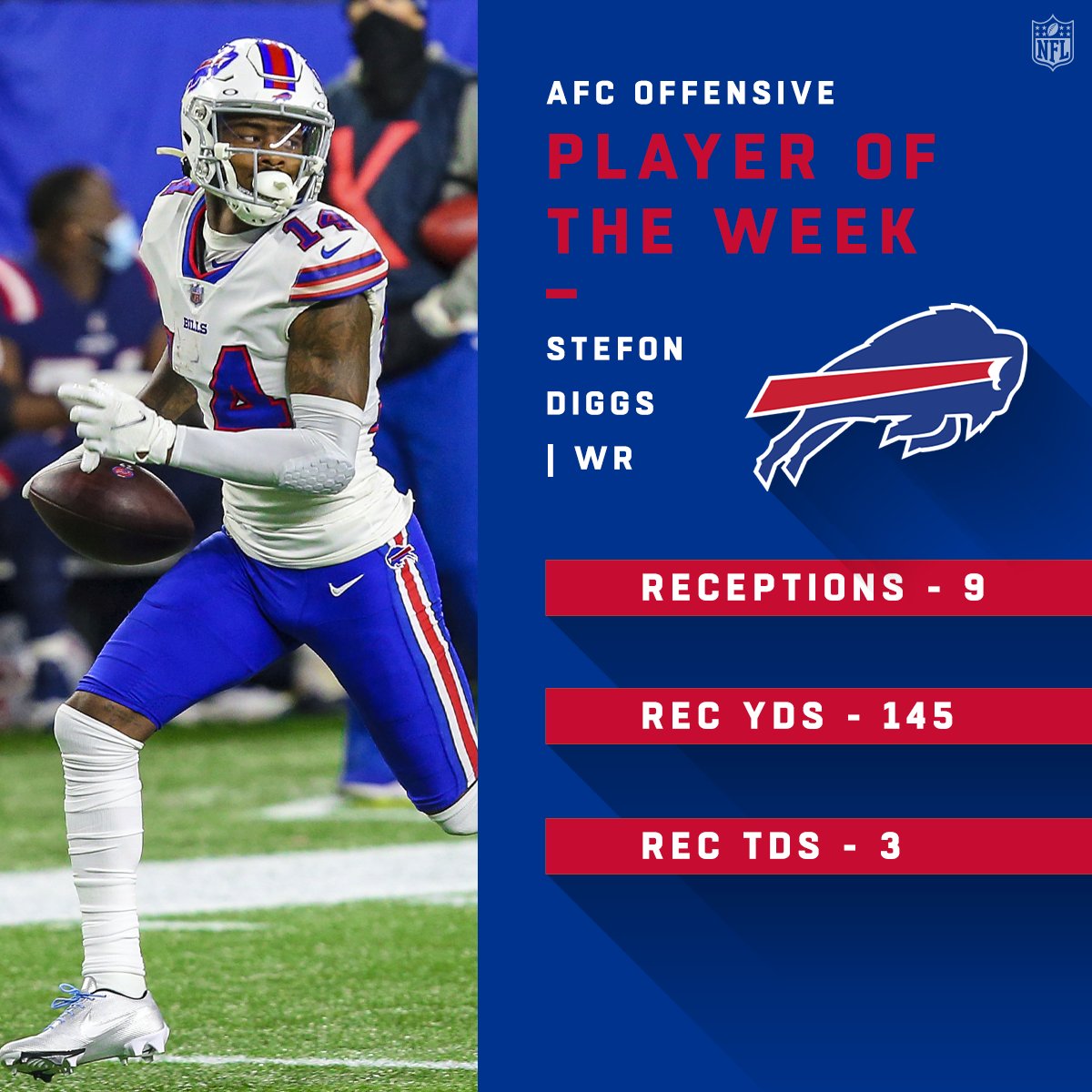 For the second consecutive week, a Buffalo Bills player was named AFC offensive player of the week. Last week, it was quarterback Josh Allen. This week, it’s wide receiver Stefon Diggs. As you can see in the picture above, Diggs had a stellar performance in the Bills victory over the New England Patriots on Monday night. It seems that the trade for Diggs was a good one for the Bills. According to Pro Football Reference, he has 120 receptions for 1,459 yards and eight touchdowns.

Most receiving yards in a single-season in franchise history.

Things you love to see.

Diggs and the Bills will look to clinch the second seed in the AFC as they will host the Miami Dolphins this Sunday @ 1pm. You can catch the game on CBS.