The preseason has come to an end in New England.  With a less than stellar 1-3 record, the Patriots go into the season not really caring that they lost 3 preseason games.  As nobody should, it was preseason, and now regular season football is just less than a week away.  But the 53 man roster cut down from around 90 players is a much bigger change than past years, so its do or die all preseason long for these guys.  Here’s a look into some key players that have stood out during the preseason. or shoo ins that took a step back and are now sitting on the roster bubble.  (In my defense, Cyrus Jones would have been on this list if he was non just placed on the injured reserve)

Jacoby Brissett, QB – Brissett showed out last year when he played in the absence of Brady and Garoppolo.  However, it was interesting that he did not play a single snap of the third game against the Lions.  Many experts wonder if they would use a roster spot on a third QB that they may not ever need.  However, with both Brady and Garoppolo’s future’s uncertain, it would be foolish to give up another QB that has learned their complicated system for a full year. Verdict: Makes the team

DJ Foster, RB – With Julian Edelman done for the season, it opens up another roster spot for a skill player for Brady to throw to.  Even though he is a running back, he used to play wide receiver, and players like James White and Rex Burkhead are also skilled in playing the slot.  However, with so much depth he may never get his chance in the regular season, and I like to think Bill has a soft spot to let a guy like this thrive somewhere he will get playing time.  Verdict: Cut, and signed by another team.

Austin Carr, WR – This guy has balled out all preseason.  He lead the team in just about every receiving category through the preseason.  Size, skill, in every aspect this guy seems like a viable replacement for Edelman.  Although he may not get a ton of playing time, he has proved his worth this preseason.  Verdict: Makes the team

Devin Lucien, WR – Is it just me, or is Lucien the reincarnation of David Givens?  Average sized, no incredible skill set, but stays on the team and eventually gets his chance.  Maybe at some point this year he will get that chance. Verdict: Makes the Practice Squad

James O’Shaughnessy, TE – Picked up in a trade to be an extra tight end on the roster, he has already outlasted Matt Lengel this preseason.  But, it seems as if rookie tight end Jacob Hollister has outshined O’Shaughnessy this preseason, and might take his roster spot.  Verdict: Cut

Geneo Grissom, DE – Grissom seemed more likely to hit the chopping block before Derek Rivers injury.  He has only played special teams in his two years with New England, but with no more Rivers, and Kony Ealy being a huge bust, Grissom, being one of four Patriots to get a sack this preseason should keep his spot. Verdict: Makes the team 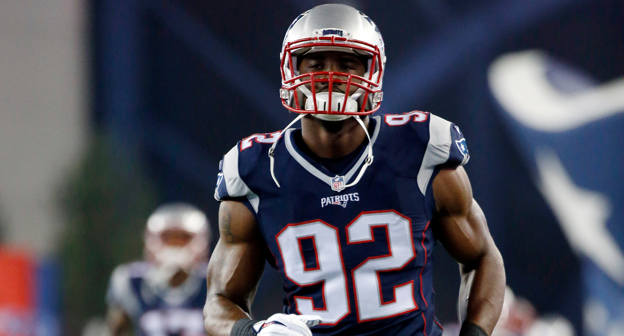 Jonathan Freeny, LB – Freeny has been unable to stay healthy the past two years.  He has looked back to full health this preseason, and has lead the team in tackles.  He is flying around the field like the freakishly athletic linebacker he is, and has made a good case to stay on the roster. Verdict: Makes the team

Jordan Richards, S – Richards is a hard hitting safety, and its apparent Belichick wants him on this team in some way.  He has moved him around from safety, to a linebacker spot, and even an edge pass rusher.  He is trying to find versatility like he always does, but he might not have impressed enough with the many defensive backs on this roster that contribute not only on defense, but also play key roles on special teams. Verdict: Cut