This is a Top 10 list that I love. Since the NFL has turned into a passing league, there is a plethora of receivers who were very productive through their careers, but don’t get the credit they deserve. They didn’t have the hops of Randy Moss, or the hands like DeAndre Hopkins, or the gamebreaking speed of DeSean Jackson. This is nod to those guys to let them know, I appreciated your career.

They just need to fit a few criteria to fit in:

Laveranues Coles – Coles was pretty consistent and good through a lot of bad QBs. He was having Vinny Testaverde, Chad Pennington, and Patrick Ramsey throw him the ball. The WR only had one pro bowl nod in 2003 as a Redskin, but after 2 years in Washington made his way back to the Jets for a few more consistent years. He had 3 1000 yard seasons, and added 4 more with 800+. He wasn’t the big play guy, but a consistent chain mover through his 10 year career and deserves some recognition.

Derrick Mason – In 15 years of consistency at the wide receiver position, Mason was only recognized with 2 Pro Bowl appearances. Mason was Steve McNair’s favorite target in both Tennesee and Baltimore for a long time. He put together 8 1000 yard seasons, and could do just about everything. He could run the short routes, he could breakaway, return kicks. You ask him and he did it. Mason’s long tenure in the NFL deserves a lot more clout than he’s received.

Muhsin Muhammad – Muhammad was the perfect #2, work the sideline type receiver for 14 long years. He helped lead the Panthers to their first and only Super Bowl appearance, and had a huge TD in the big dance as well. That same season he lead the league with 1405 yards and 16 TDs. He then left for a few serviceable seasons in Chicago before finishing his career for 2 more years in Carolina. At 35 he came back to the Panthers to rack up 65 catches for 923 yards and 5 TDs. Big ups to Muhsin, who a lot of people forget about.

Santana Moss – Santana was one of those

speed guys who turned into a legit receiver. He mostly just returned kicks with the Jets, and after a breakout season found himself as the #1 receiver in Washington. A lot of people knock his hands, and said he had a bad case of the drops at times. You can’t knock 7 seasons over 800 yards, and a huge season of 1483 yards and 9 TDs while averaging 17.7 ypc. Moss might’ve fallen off pretty hard his last 4 seasons, but he was no doubt productive for the meat of his career.

Joey Galloway – Galloway may have been more well known for his college career, but lasting 16 years in the league is nothing to sneeze at. Almost 11,000 career yards and 77 TDs, yet never got a nod to the Pro Bowl. 6 1000 yard seasons and 3 with 10+ TDs. Not only that, he was consistent with 3 different teams over 12 years. As long as we forget about the end of his career with the Pats, Galloway is perfect for this list.

Amani Toomer – Toomer was paired with Ike Hilliard for a while and man were they a dynamic duo. When they split, that’s when Plaxico Burress stole all the thunder. Toomer had 5 consecutive 1000 yard seasons, pretty much all of them with Kerry Collins throwing him the ball. Burress may get all the fame for his game winning TD in 2007, but he was still a huge part in that passing game. 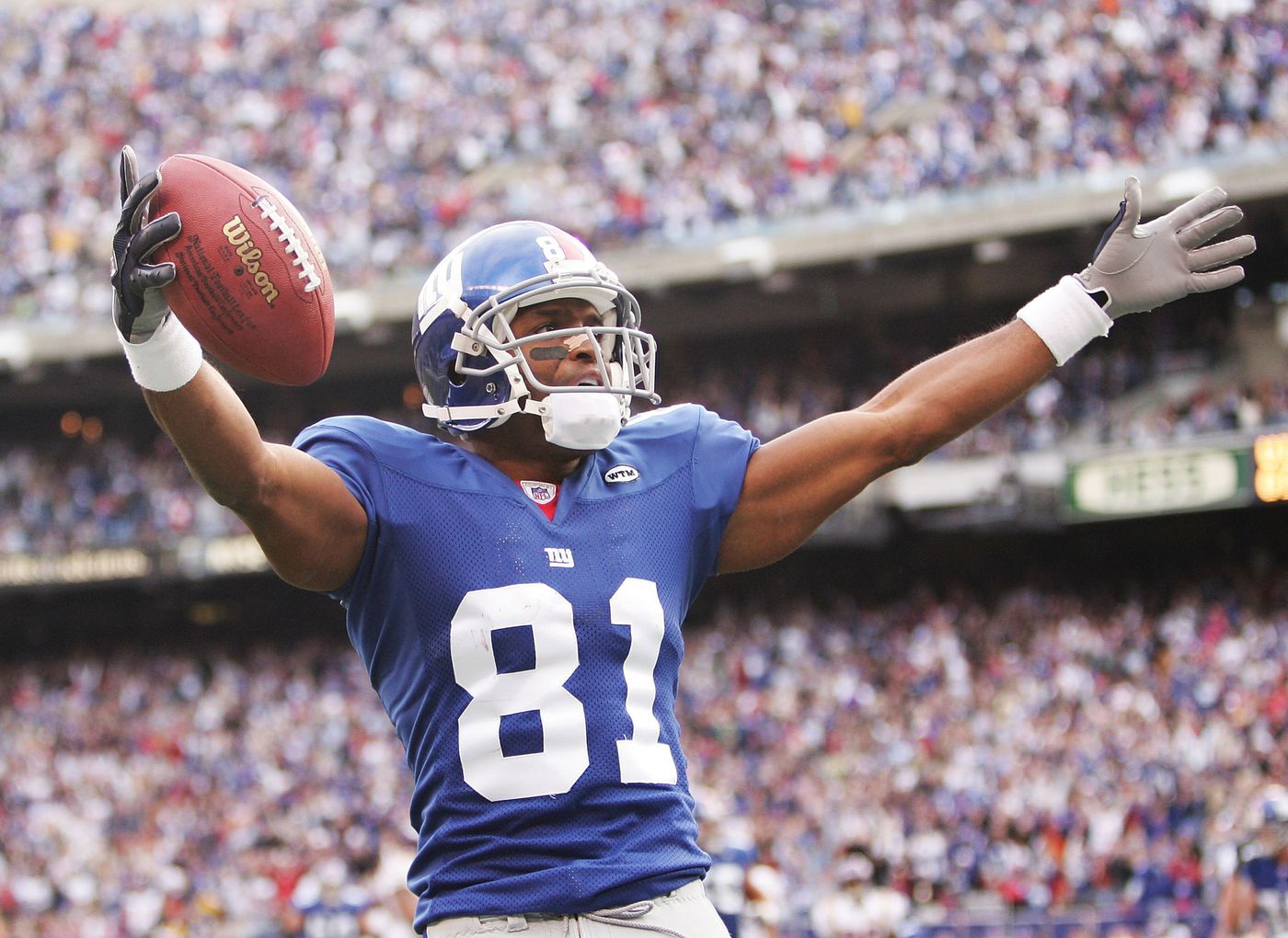 Keenan McCardell – McCardell is almost the poster boy for this category. I mean who really remembers this guy being around for 16 seasons? He was second fiddle to Jimmy Smith for so long, and then to Keyshawn Johnson in Tampa. He finally became the guy when he landed in San Diego at 34 years old. With almost 11,000 yards and 2 Pro Bowl appearances. He makes you regret you ever forgot about him.

Miles Austin – Miles came and left the league it seemed in a flash, but he actually spent 10 years in the NFL. He had 2 straight Pro Bowl appearances in 09 and 10, but had a few more humbling seasons afterwards. Even in his less statistically impressive seasons, he was always that guy Tony Romo could rely on when he needed a big catch on 3rd and long. Don’t sleep on the boy from Monmouth. 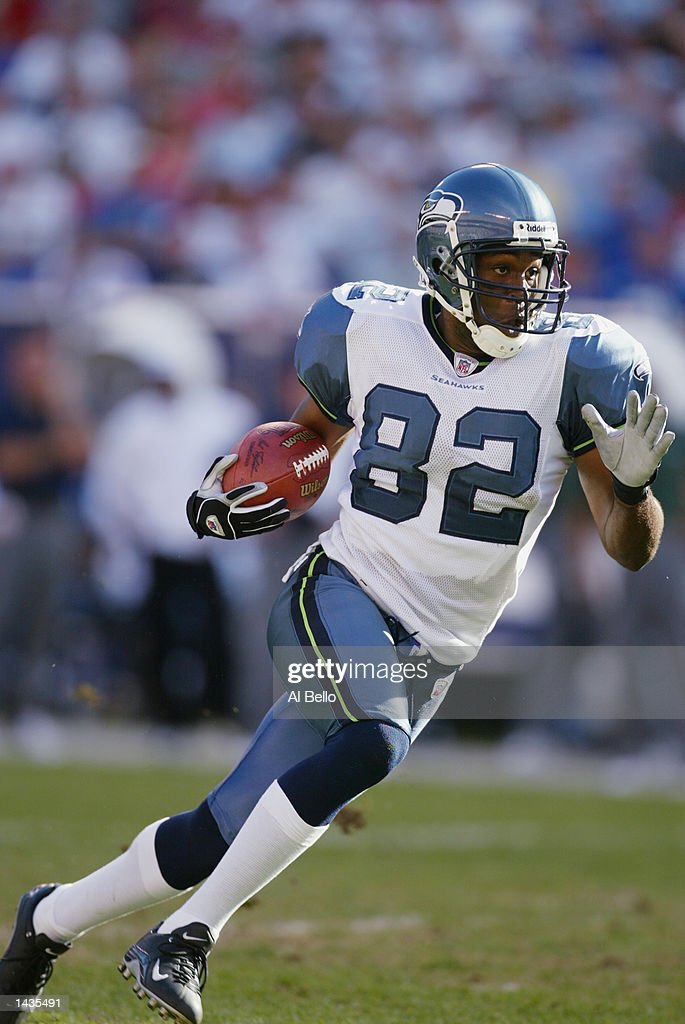 other guys on this list. 9 solid years in the NFL, and nobody remembers the guy that Matt Hasselbeck threw to. A 4 year span where he averaged 72 catches 1073.5 yards, and 7 TDs is a huge reason that Hasselbeck is known for his career in Seattle. Jackson never even received a single Pro Bowl nod over that span. An injury in 2005 got him off track after those 4 great years, but its about time we put some respect on Darrell Jackson’s name.

Marques Colston – Marques Colston is the definition of underappreciated. 6 out of his first 7 seasons resulted in 1000 yards. His second year in the league he had 1202 yards and 11 TDs, and still never made a single Pro Bowl. And this is after going undrafted from a little school called Hofstra. He was disrespected by the league, and then forgotten about by all of you. Lets take this moment to recognize the greatness that was Marques Colston’s career.