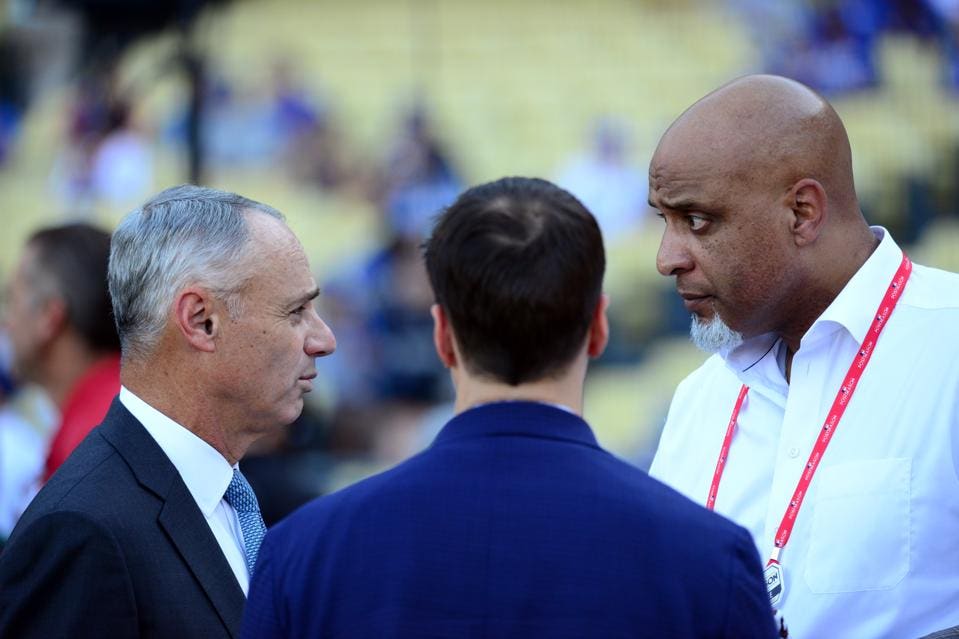 In what feels like the millionth Major League Baseball-related labor update, we still don’t have a concrete deal. As many know, the previous proposal made by MLB and owners insulted and upset players, asking for them to take an even steeper pay cut beyond what was already agreed upon. Initially, this felt like more of the same antics by the MLB. However, it seemed to be the final straw for plenty of players to even entertain negotiations involving further pay reduction. Notably, Max Scherzer had a strong response to the proposals additional pay reductions:

Following that, the MLBPA was working on a proposal of their own to submit to the MLB. Over the weekend, Jeff Passan confirmed that their proposal had been submitted to the league:

News at @espn: The players’ return-to-play proposal is here, and it includes 114 games, potential deferrals and the ability for players to opt-out of a season. While the league is certain to reject it, does it open the door enough to find a path to a deal? https://t.co/gScoq7Bfe3

MLB’s Expected Response (Surprise, it’s NOT a yes to the deal!)

Today, Jeff Passan reported that (unsurprisingly) MLB expects to reject the MLBPA’s proposal. This can’t be a shocker to most, considering MLBPA’s proposal involved 114 games. That sort of a number of games played is only possible in a condensed schedule, spanning from June 30th to October 31st. In retort, Passan expects the MLB would suggest something along the lines of a 50-60 game season, with a targeted return sometime in July.

The finer details behind the league’s responding offer are unclear until their counter has been officially made. Among those details, is MLBPA’s added provisions for players who are high-risk, or live with high-risk loved ones. Their proposal would give those players the ability to opt-out of playing in 2020 and receive both service time, as well as pay. Those not in situations related to high-risk individuals may also opt-out, but would only receive service time, not pay in 2020.

Additionally, a point of contention in negotiations appears to be related to how much money would be deferred in the event of not reaching or completing the postseason. I can’t pretend to know or predict where those terms have a likelihood of falling in an eventual agreement.

The more relevant piece that interests me is the endorsement of a playoff expansion for 2020 and 2021. That type of postseason expansion would give more meaning to players on the fence of whether or not to play this season. In addition to keeping the on-field product at a high-quality, it’d keep more fans tuned than they’d normally be for a shortened season.

An important clarification to this news: MLB will continue discussing alternatives to the shorter season with players but believes that its March agreement with players allows it to mandate a shorter season and is prepared to use that option in the absence of a deal with MLBPA.

Obviously, with the players holding onto their late March pro-rated salary agreement, they’re looking for as many games as possible. In doing so, they’re looking to salvage as much of their salaries as possible, as their proposal suggests. In order to do so, players are open to a dense game schedule with frequent double-headers.

Conversely, the MLB and owners’, they’ve got that March agreement in their back pocket as a negotiation tactic. It seems clear most of the players have a desire to have a season in 2020, under agreeable terms. However, with more and more of a delay caused by the gap in negotiations, that provides additional leverage for owners. As time marches on without a deal in place, those owners have to pay players less and less. A harsh financial reality for players to swallow should only 50-60 games be possible.

What to Expect Moving Forward

It pains me to say, but I’d expect more posturing by MLB, to improve their end of the bargain. Primarily though, their next move will be extremely telling as to their true intentions, veiled or not. Should MLB counter with another unrealistic pay concession for players, it’ll be evident that they’re willing to risk MLBPA walking away from negotiations. It’s been rumored that plenty of owners are actually okay with not having a 2020 season at all. Some might be open to canceling the season entirely in order to mitigate their lost revenue via lack of gate receipts, concessions, etc.

Don’t get it twisted though, the memories of fans and players won’t fade easily regarding tactics by MLB. A cloak and dagger maneuver to cut costs via less possible games played with agreed-upon pro-rated salaries could bite MLB in the end. After all, the current CBA ends in 2021 and we’ll face a similar impasse.

While I hope I’m wrong, this COVID-19 related disaster of a labor negotiation seems to foreshadow what could become a labor-stoppage for the MLB in 2021… Only time will tell!