Last Sunday’s game against the Saints was one of the most important games of Saquon Barkley’s career in more ways than one. Ever since the Giants selected Barkley with the second overall pick in 2018, he has not played in any meaningful games. He got hurt early in Daniel Jones’s first career start, and was injured during the playoff push last season. Barkley and the Giants kept their season alive last week against the Saints and it was Barkley who led the charge.

Saquon Barkley has always been good at making men miss in the open field. However, that has got him into trouble more than a few times. Barkley has a tendency to dance around in the backfield and try to hit a homerun on every play. So far this year, Barkley tends to jump cut in the backfield trying to make people miss instead of hitting the open hole. It was not until week 2 when he finally hit an open hole and broke off a season long 41 yard run. 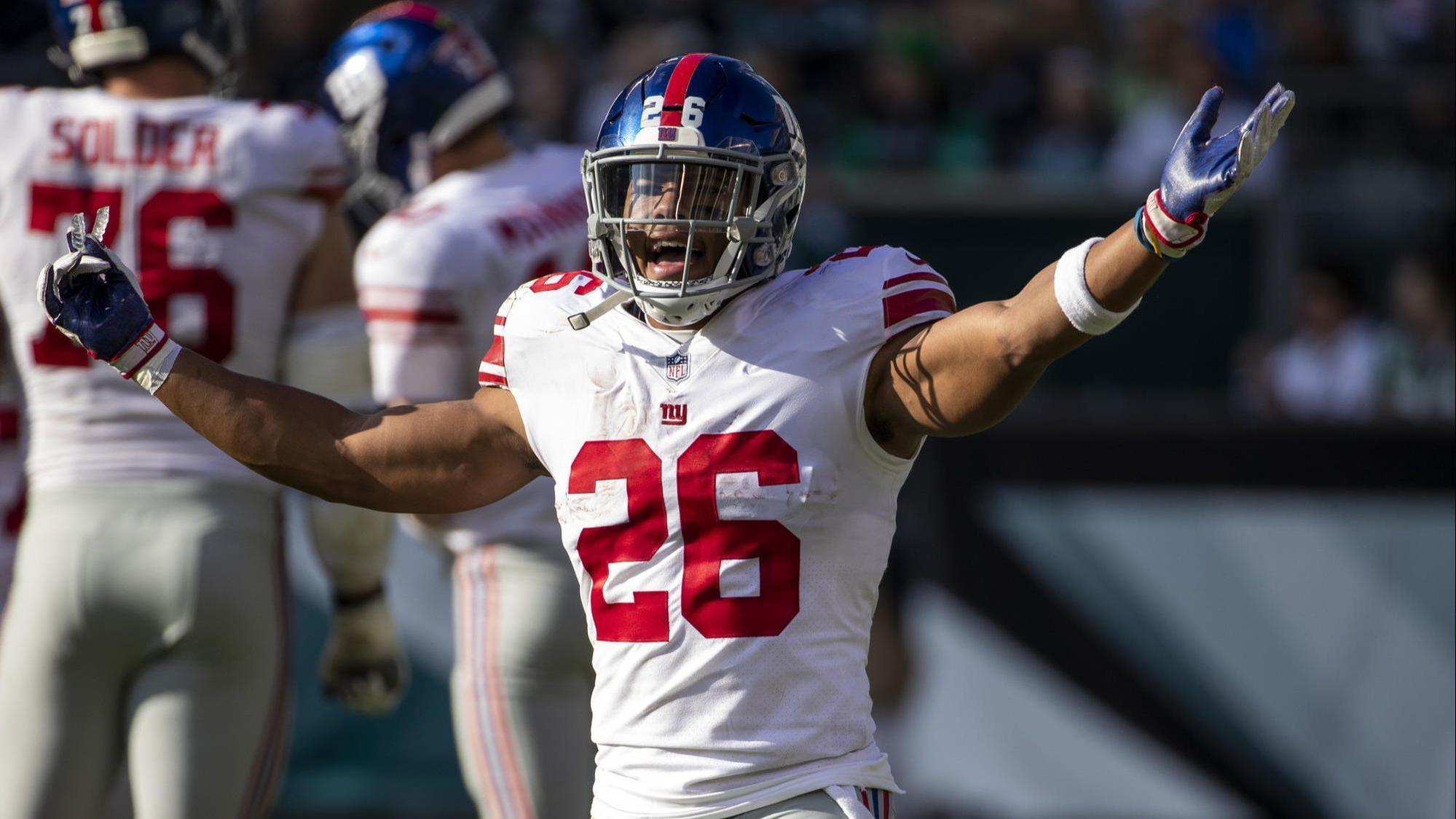 Image credit to the Chicago Tribune

Despite that 41 yard run, Barkley has not topped 57 yards on the ground this season and has an average of 3.6 yards per carry. Sunday’s game against the Saints was Barkley’s most balanced game on the ground. He carried the ball 13 times for 52 yards. Even though that is still not a great day, there was no outlier of a long run. What I mean by that is his average yards per carry was representative of his actual production. When he broke off his 41 yard run in week 2, he carried the ball 12 other times for 16 yards.

Barkley needs to keep taking what the offensive line and defense give him. He needs to hit the hoke the first time instead of dancing and trying to create something that is not there.

Another skill that made Saquon Barkley special is his ability to catch the football. That has been a more prevalent part of the Giants offense the last two weeks. Barkley has 11 catches for 117 yards the last two weeks. He had 3 catches for 13 yards the first two weeks of the season. That shows me that both Barkley and the Giants feel more comfortable with the status of his knee. They are getting him the ball more in the open field with a chance to do what he does best; make people miss in the open field.

His athleticism and speed was on full display late in the fourth quarter against the Saints. They lined him up out wide and he beat his man and Daniel Jones found him for a long 54 yard touchdown.

Barkley looked fully healthy on to me on this play and should give confidence to himself the coaching staff to feature him more in this way.

The Giants offensive line has not been horrible so far this season. That’s why Barkley needs to take what is given to him. In the past, he would have to make defenders miss right away in order to gain yardage. With the line’s improvement, he can hit the holes they create and rattle of 4-6 yards a run every play. Going back to his Penn State days, Barkley thrived in making people look silly in the open field. He can still do that, but hitting the open holes when they are there is a better recipe for winning football. That is what made Wayne Gallman and Alfred Morris relatively successful last season.

Whether or not Barkley was the right pick back in 2018, the Giants need him to simplify his game and hit the holes his blockers create. If his performance against the Saints can be carried forward, Saquon Barkley is officially back and the Giants need it.