So Bill Belichick, the guy who hates the media and refuses to talk to them is all of a sudden going out of his way to talk to them?  During the NFL combine, Belichick held a press conference for just local media.  The day before the “free for all” press conference day.  I’m sorry but what?  Belichick has never, ever done anything like this before.  So why now?  Why be nice to the media all of a sudden?  Maybe he wants to clean up his image to the league and it’s fan.  Or maybe he wants to try and be human for once.  Who knows, perhaps it’s both.  All I know is, is that I don’t expect this to last very long. 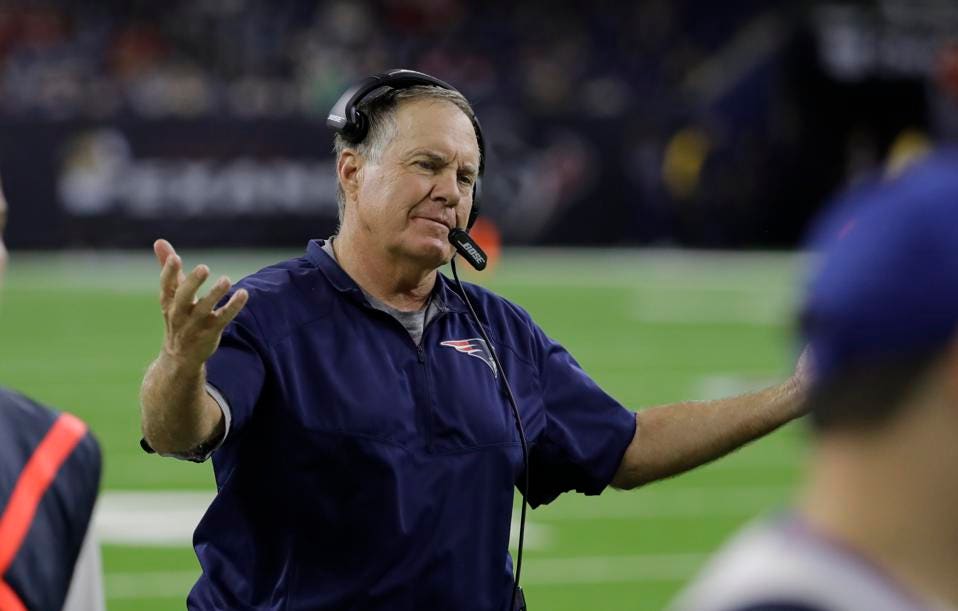 Did Belichick Realize He Made A Mistake?

I’m thinking that Bill realized that he made a mistake…in Super Bowl 52.  I think he’s finally realized now that he screwed up pretty good by benching Malcolm Butler.  Since the game, very little information has come out.  This has left many of us wondering, why did he barely play?  And since Super Bowl LII, there really hasn’t been much opportunity to speak to Belichick.  However; when there has been time, and he gets asked about Butler, he says he’s already answered the question.  I personally think that he’s trying to be nice to the media and hoping the media is nice in return.  Meaning no more Butler questions.

Belichick cares about his legacy.  He cares enough to know that this was quite possibly his biggest mistake ever.  Knowing this, the league has looked at him differently since the Super Bowl.  He’s been way more active at the combine and at college pro days.  He wants us to see him at these events.  He wants us to know that he’s still got it and he’s still the dominant coach in the NFL.  The question is, is it working?  Which got me thinking, did we really doubt Belichick that much after the game so much that we thought that he’s lost it?  I never really thought that he’s lost it per say but I did question the move and I still do.

They say that if you win, people will forget the bad.  As we all know, the Patriots were a strip sack away from winning that game.  So if the Patriots win Super Bowl LIII in Atlanta, will we all forget about this?  Yeah probably.  I’m sure Bill will remind us all that Super Bowl LII was last year and this is this year.  And of course if Bill win’s Super Bowl LII then we’ll still anoint him the GOAT yet again.  But…his decision to sit Butler will stay with him for a long time to come.  As for now, I still believe in Bill.  Yes the Butler benching was a VERY costly mistake, but it was just one.  If he starts to show consistency in his poor decision, then we’ll have a problem.