Who’s The Best: Chipotle or Qdoba?

It almost seems silly to ask this. But when you really think about it, who is better? Chipotle and Qdoba bring their own flavor to the table (pun intended). Each one of these restaurant’s are similar but also different. They make people happy, and full, which is good. Technically, they are fast food, but, let’s face it, nobody really thinks about Chipotle and Qdoba as being fast food. Now, let’s settle this debate for one last time. Who’s better? Chipotle vs Qdoba. Hope you’ve eaten before reading, because this is about to be one delicious article.

Well, just about everyone has had Chipotle. But, for those of you who haven’t, here’s what they offer. Just think basic Americanized Mexican food. However, even though I just called it basic, it’s very delicious. Here is what most of their menu is.

Not pictured in this menu is a choice of brown rice, and queso. Plus, they have a variety of drinks, and of course, their famous tortilla chips that everyone should get. When it comes to tortilla chips, they have the best hands down. Since I have an allergy to guacamole, I’ll never experience the icon taste of chips and guac, so I just get queso instead. Incase you don’t know what queso is, it’s basically cheese dip. But, it’s good cheese dip. There is one negative though. Chipotle is expensive. If you want let’s say a double… chicken burrito with chips and queso and a drink you’re looking at spending about 20 dollars. That’s a lot for one person. Keep in mind too, guacamole is extra too. So yes, Chipotle is very good, but can be very expensive. 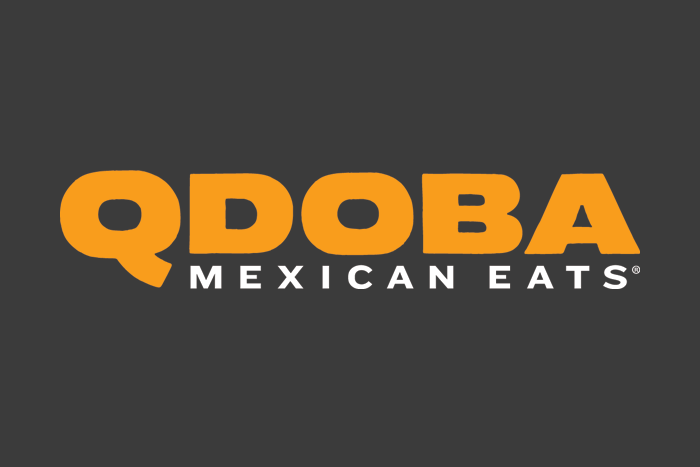 So what’s the big deal with Qdoba? To make a long story short, not much. In all honesty, it’s basically the same as Chipotle. There are some differences between the two but not many. Maybe every once in awhile they’ll have something different on their menu, but for the most part it’s the same. Speaking of their, menu, it’s easiser to navigate than Chipotle’s.

Look how easy this this. However, there is a catch. It’s cheaper and sometimes, cheaper quality. I personally love Qdoba, but sometimes, the quality of the food isn’t great. It’s still edible don’t get me wrong, but everytime you order a burrito, get it double wraped. Otherwise, the burrito just simply falls apart. The chips are good yes, but again, they are not as good at Chipotle’s. But, if you were to get a double wrapped double chicken burrito with chips and queso and a drink, you’ll spend about 12 to 15 dollars, which is cheaper than Chipotle. So in all honestly, when it comes between Chipotle and Qdoba, it matters on how much you’re willing to spend and if you’re wanting to take a chance on quality. Nine times out of ten the quality is good at Qdoba, compared to ten times out of ten at Chipotle.

So who’s the best?

This is an easy decision. Chipotle. Chipotle is king. Every where you look you are bound to find a Chipotle. Even though Chipotle is a little more expensive, it’s worth it. You pay top dollar for top quality.