We have some new faces competing for the MVP this season. Last year saw Sidney Crosby, Connor McDavid, and the winner, Nikita Kucherov competed for the Hart Trophy. This season we have Leon Draisaitl, Nathan Mackinnon, and Artemi Panarin nominated as finalists. Each of these finalists presents a very convincing case for why they should be bringing home the “hartware” if you will. 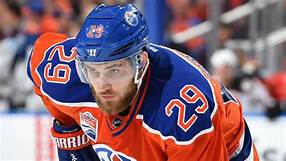 Let’s start with the probable front-runner, simply because he leads the NHL in points. Now, I am not saying that he should be the front runner, but the NHL is behind all other major leagues in valuing the analytics rather than the traditional counting stats. 110 points is nothing to scoff at, especially in 71 games, but how valuable is Draisaitl to the Oilers success? Draisaitl was one of the best forwards offensively, but one of the worst defensively both in 5v5 and on the penalty kill. He also played on a line with Connor McDavid for a portion of the season. Draisaitl really distances himself from the rest of the pack when you notice he is the only player with 100+ points and his superstar teammate only had 97.

Nathan Mackinnon has been one of the best up and coming players over the past few seasons. He and Gabriel Landeskog have been trying to lead the Avalanche back to the playoffs and Stanley Cup Finals. Mackinnon put up 93 points with 35 goals this season. He has an elite expected goals for (xGF) on all fenwick shots (shots either on target or that missed the net). MacKinnon had far and away the most points on a talented Avalanche team. He finished the season with 93 points. Second place on the team is Calder Trophy finalist, Cale Makar. MacKinnon really took a step forward defensively this season while also not sacrificing his offense. 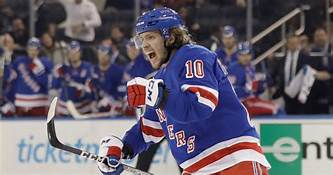 Finally, lets move on to who I think should be the favorite. Even though he has not put up the same traditional stats as Draisaitl, Panarin has been the best 5v5 player in the NHL this season. To put in perspective how good Panarin has been in his first 69 games as a Ranger, take a look at this chart:

I count only 14 modern-era Rangers to hit 70+ points in their first 69 games with the team.

There are some truly legendary names on this list and Panarin ranks at the top. Panarin is the first free agent in modern NHL history to be nominated for the Hart in his first full season with his new team.

Artemi Panarin was the Rangers this year. He led the NHL in 5v5 scoring and was elite across the board offensively while being okay defensively. When he was on the ice, NYR scored 66% of the goals – when he wasn't, it was 42%. If you're giving the Hart to a forward, he's the guy. pic.twitter.com/XidafR54Sy

You also have take into account who Panarin played with. The majority of his shifts were played with Jesper Fast and Ryan Strome. Strome can thank Panarin for whatever contract he earns this offseason. Draisaitl on the other hand played a lot of this season with Connor McDavid. Panarin had 60% more 5v5 points than the second highest on his team. He joins McDavid as the only players to have higher than 50% since 2007.

I know some may call me biased because I am a Rangers fan, but I truly believe Panarin should be named MVP. If you go by the definition of who is truly the most valuable to their team’s success, you have to go with Panarin. He put up historically great numbers in terms of 5v5 across the entire league, and in Rangers history. He produced the most points in a player’s first 70 games as a blueshirt. Panarin beat out players like Mark Messier, Marion Gaborik, and Jaromir Jagr. He is truly a superstar player and is the type of player the Rangers have been craving to get themselves over the championship hump. Look for Panarin to lead the Rangers to the playoffs for many years to come and a Stanley Cup sooner rather than later.