A long long time ago, I wrote a piece about the best sporting events that I have seen live. Today we are going down a similar road, but with individual players. There are some criteria players have to meet in order to be on this list. 1. They had tletso be in their prime when I saw them. For example, I saw Tracy McGrady with the Knicks but he was way passed his prime and was not good anymore. Also, they do not have to be a part of my favorite team but as always, bonus points if they were. With that said, let’s get into it.

Back when I was a young warthog, we used to have tickets to every Saturday home game for the Mets. We got to see a lot of great games, including the second to last game at Shea Stadium. Johan Santana was a beast that game. But I got the pleasure to see Albert Pujols during his time with the Cardinals. Most baseball fans remember what Pujols was like with the Cardinals. During this particular season, Pujols hit 37 home runs, drove in 116 runs, and hit .357.

What made his special during this particular summer night in Queens was his ability to change the game with one swing. Late in the game, Pujols hit a moonshot to tie it up. I’m pretty sure the ball landed on the runway at La Guardia Airport. He was a truly special player and it was an honor to see him at the height of his ability. 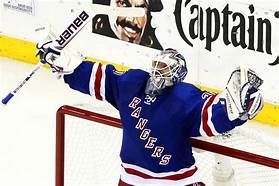 It still hurts knowing that King Henrik is not suiting up for the Rangers ever again, but I had the pleasure to watch him live multiple times during his prime. Something magical always seemed to happen when Lundqvist was in net. He is a sure fire Hall of Famer and will get his number up in the rafters as soon as he retires. I will be able to tell my nieces and nephews that I got to see Lundqvist play in person, and that is a moment I cannot wait for.

I have had the pleasure of seeing a lot of great pitchers. Johan Santana, Jacob Degrom, and Clayton Kershaw are just a couple of the names I have seen, but no one tops Max Scherzer. For my brother’s bachelor party, we all went to a Mets, Nationals game back in 2015. The Mets had already clinched the division so it was a meaningless game for all of the right reasons. What none of us expected though is that we would see one of the best individual pitching performances in MLB history.

Max Scherzer took the mound for the Nats and absolutely dominated. Scherzer only allowed one base runner all night while not giving up a single hit. On top of throwing the no-no, he struck out 17 Mets, a club record for the Nationals. Scherzer has been one of the only pitchers to really live up to a massive contract and it was an honor to see him pitch.

There were others I could have included on this list like Jaromir Jagr, Carlos Beltran, and Carmelo Anthony. One thing I have been working on as a sports fan is to enjoy great talent while it is here. It may be hard to cheer for star players when they are not on your team, but you may never see another player like them again.