Evaluating baseball players is hard. The old school method of using the eye test has been almost completely eliminated from evaluating players. Numbers and spreadsheets can better tell the story of a player’s ability than just simply watching them. Obviously, this was not always the case as for over 100 years, scouts relied on their eye and ability to identify talent by watching to evaluate players. Sometimes, they got it dead right, like in the case of Ken Griffey Jr. and Derek Jeter. Other times, not so much. Let’s take a look back at some MLB stars who had underwhelming scouting reports.

Rivera was initially a starting pitcher prospect in the Yankees system. John Stoke wrote in his evaluation of Rivera that he would need an offspeed pitch if he wanted to make it in the big leagues. Stoke was evaluating Rivera as a starter rather than a reliever so we can be a little lenient. As we know, Rivera relied heavily on one pitch and one pitch only and he became the only unanimous selection to the Hall of Fame. 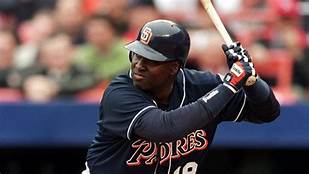 Next on the list is Tony Gwynn. Mr. Padre and Ted Williams are in my opinion, the two greatest hitters to ever walk planet Earth. Gwynn came closest to hitting .400 since Williams did when he hit .394 in 1994 (strike shortened season). He finished his career with 3,141 career hits, 15 all-star appearances, and was elected to the Hall of Fame in 2007. Scout Gordon Lakey, called Gywnn an “aggressive free swinger with good bat speed and power potential. Restricted to IF and must hit to play but is desirable. Could be a good hitter someday.” Lakey was wrong in both accounts. Gywnn became one of the greatest hitters ever, and never logged a single inning in the infield in his 20 year career. 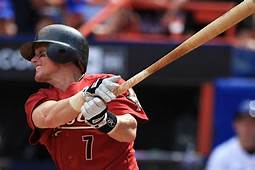 One-third of the Astros Killer B’s is on this list. Biggio finished his career 3,060 hits and a 65.5 career Wins Above Replacement. Scout Donald Labossiere wrote in 1986 that Biggio did not possess the bat and power necessary to succeed at the Major League level. In retrospect, we know that is dead wrong as Biggio had a fantastic career and was elected into the Hall of Fame in 2015. 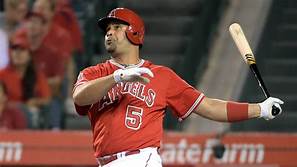 Finally, we have Albert Pujols. The Machine is the only active player that I am including on this list. Pujols is destined for the Hall of Fame as soon as he is eligible. In addition to 3,202 hits, Pujols has over 600 home runs and has eclipsed the 100 WAR mark for his career. The 3 time MVP has 10 all-star games and won 2 gold gloves. in 1999, Russ Bove wrote that Pujols was a future utility player. Additionally, he said Pujols possessed only mistake home run power. I think 656 home runs is a little more than mistake power.

Scouts are not perfect. There is a reason so many top picks fail to ever make the Majors and guys like Mike Piazza make the Hall of Fame. It is incredibly hard to be a scout. The guys on this list are just some of the ones that proved scouts wrong in the right direction. Some guys, like Billy Beane, have amazing scouting reports but never succeed. There are plenty others that fulfill either category. Spreadsheets and advanced statistics have taken the place of eye tests, and for good reason.