Football season is now upon us. The preseason has officially started and some highly anticipated debuts happening today. We will see Trevor Lawrence, Justin Fields, Ja’Mar Chase, and others today. However, he is not as exciting as the above, we will see the debut of Giants first round pick, Kadarius Toney. Toney is the most recent addition to a revamped Giants offense. On paper, the Giants are probably the best team in the NFC East. The Giants were an Evan Engram reception away from winning the division last year with a 7-9 record. They got better on both sides of the ball and return some major pieces from last season. Mark my words; the Giants will be your NFC East champions at the end of the season. Let’s break down why.

Honestly, I have been saying this for the last five or so seasons. The New York Giants should have no problem moving the football down the field. They feature one of the best running backs in the NFL and an extremely deep wide receiving core. They added a true number one receiver in Kenny Golladay, drafted a shifty wide receiver in Kadarius Toney, and are getting Saquon Barkley back from injury. Daniel Jones has all of the skill position players he needs to succeed. 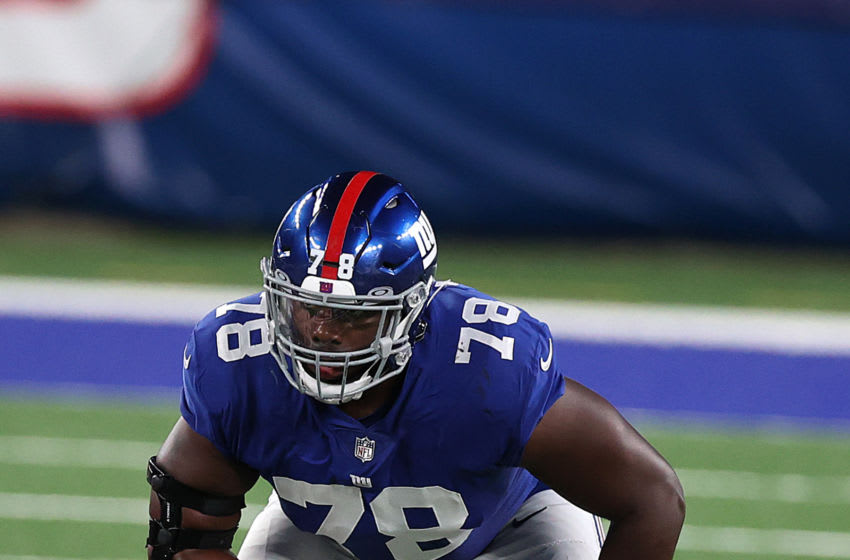 Another big question mark is the offensive line. Will Hernandez has yet to play to the level that he was expected to when he was drafted in the second round in 2018. Andrew Thomas struggled last season, but the fourth overall pick last year did show some positive trends late in the season. Both Daniel Jones and Saquon Barkley need the offensive line to be effective in order for this offense to thrive.

Carrying Defensive Success Over to this Year

The Giants defense was very fun to watch last season. James Bradberry was a true lockdown corner while Blake Martinez was one of the NFL’s leading tacklers. Their pass rush took a step forward with Leonard Williams showing his USC form and earning himself and nice new contract. Jabrill Peppers and Xavier McKinney have the chance to be one of the best safety duos across the league for years to come. They added a good second corner in Adoree Jackson. Logan Ryan is a fantastic slot corner as well. This secondary can truly shut down a team’s passing attack and give the pass rushers time to get to the quarterback.

Defensive coordinator, Patrick Graham, was a highly coveted name on the head coaching list for this past offseason. He decided to stick with the Giants and lead the defense again this season. The Giants historically pride themselves on a strong defense. Carl Banks, Lawrence Taylor, Michael Strahan, and Justin Tuck are just some of the high profile names that have played defense for the G-Men. This defense is looking to make their mark in Giants history and help lead them back to the playoffs.

The NFC East is rarely one of the best divisions in football, but it is often one of the most competitive. The Football Team came home with the division last year after the Eagles decided to not play Jalen Hurts for most of week 17. The Giants beat the Football Team twice while also beating the Cowboys in week 17 to keep their season alive. The Eagles will not be good this season while the Cowboys and Dak Prescott will be battling injuries all season. The Giants have a very good chance to win this division and host a playoff game come January. They are trending in the right direction and it is time for this team to take the next step back to prominence.