The NHL is in the second half of its season. Before the playoffs start, there is one more event that all teams, especially the contenders, are looking forward to. That’s the trade deadline. Then there are the teams like the Buffalo Sabres who are on the outside looking in when it comes to the playoffs. With that being said, they could still be a team involved in trading away some of their players. In this article, I’m going to give you a few players who could be heading to a new team. 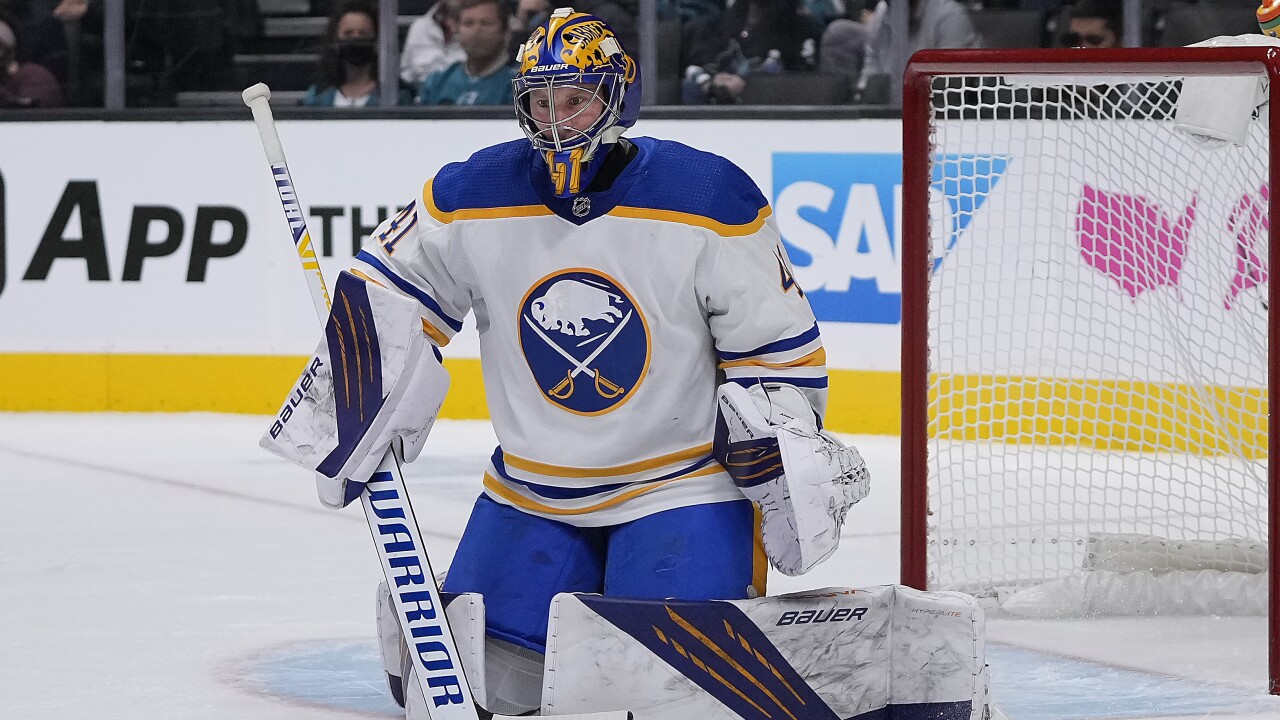 Goaltender Craig Anderson is definitely a candidate to be traded before the March 21st deadline. Anderson is 6-6-0, with a 2.92 GAA and a save percentage of .907. Craig has been a pleasant surprise for the Sabres but the last couple of games tell a different story. Obviously you can’t put all of the blame on him but he hasn’t been the same goalie we saw in the first half of the season. I do think Anderson could be a good pick up for a contender, regardless if he’s in a starting or backup role. He’s a grizzled veteran so I wouldn’t be shocked if Buffalo traded him.

Another player who could be on the move is Cody Eakin. He has 3 goals and 7 assists for the Sabres this season. Even though Sabres fans don’t really have anything good to say about Eakin, he can be a key player for depth. His stats aren’t impressive but he can win you some faceoffs. I can see him going to a contender and playing on the 3rd and 4th line. I don’t expect Buffalo to get anything impressive in return for any of these guys on the list but that’s expected.

Up next, defenseman Colin Miller. He’s currently on injured reserve but I do think he’ll be on the move. Before he got hurt, Miller had 2 goals and 10 assists. I would say he could be on the 2nd or 3rd pair for a team who’s looking to make a deep playoff run. What I really like about him is his slapshot. Like I said, if any of these guys get traded, don’t expect anything impressive in return. But I do believe Miller can help out a team when healthy in the postseason.

A player who I will actually not like leaving the team is Vinnie Hinostroza. Just like Miller, Hinostroza has an injury but before getting hurt he was doing pretty well with Buffalo. In 36 games played, Vinnie had 8 goals and 9 assists. What I really noticed about him, he’s a speedy player. He would be a great depth player but I would hate to lose him because he’s a good depth player to have.

This player is surprising but it’s definitely a name to keep an eye on. My last potential target is Victor Olofsson. At the beginning of the season, I identified Olofsson as a core player for Buffalo and he was one of the players who could help turn this nightmare around. Now, I can see him getting traded. On February 15h, Olofsson scored his 6th and 7th goals of the season. Before that game, he hasn’t scored a goal since Halloween. This is the only player who could get a decent return if the Sabres traded him. He has 7 goals and 17 assists, so he could be a good player to have in the top six.

Those are just a few players who can be on the move. The stats can change obviously and we won’t know who’s getting traded until it actually happens, but I won’t be surprised if these players got dealt. We’ll see what the days up until March 21st brings us but I do think the Sabres will make a couple of moves before the deadline. I doubt those moves will be franchise altering but like I said, we’ll never know for sure until it actually happens.

All stats are credited to NHL.com.