2020 is one hell of year, and we might see just about everything. There’s rumors that the Patriots might take a very college approach at this point, and roll with multiple players at the QB position splitting snaps. We went from seeing the same QB every single week for 20 years, to maybe seeing 2-3 QBs every game. Based on what is going on in training camp to this point, anything might be on the table.

It seems like nobody can get it straight to this point at the QB position. Jarrett Stidham is hot and cold every other day. He’s thrown a total of 7 INTs so far in camp, which is more than we’ve seen in full season from TB12. Yet, he has other days where he looks NFL ready. Cam has had great days of practices. But many reports say that he still can’t seem to get the playbook down yet. They have had sets where they will even swap the QBs every play. When they do this, they have Stidham pushing the ball downfield and throwing, and they have Newton running designed QB run sets. The only player that’s been consistent every day is Brian Hoyer, and even at that hes been consistently average. But if Stidham continues this bad, it might end up being Hoyer and Newton splitting the role.

Of course the season with the most uncertainty at the most important position is the one with no preseason games. But Bill is no stranger to using September as an extra 4 preseason games. He always uses it to figure out who will fit in for pass rushers, or extra DB sets. Why not do the same as QB? It’s going to take them some time to get this right, and this is the ultimate slap in the face Bill could send to Brady. If he wants to prove he was the reason he won all those Super Bowls, then why not win games without a starting QB? 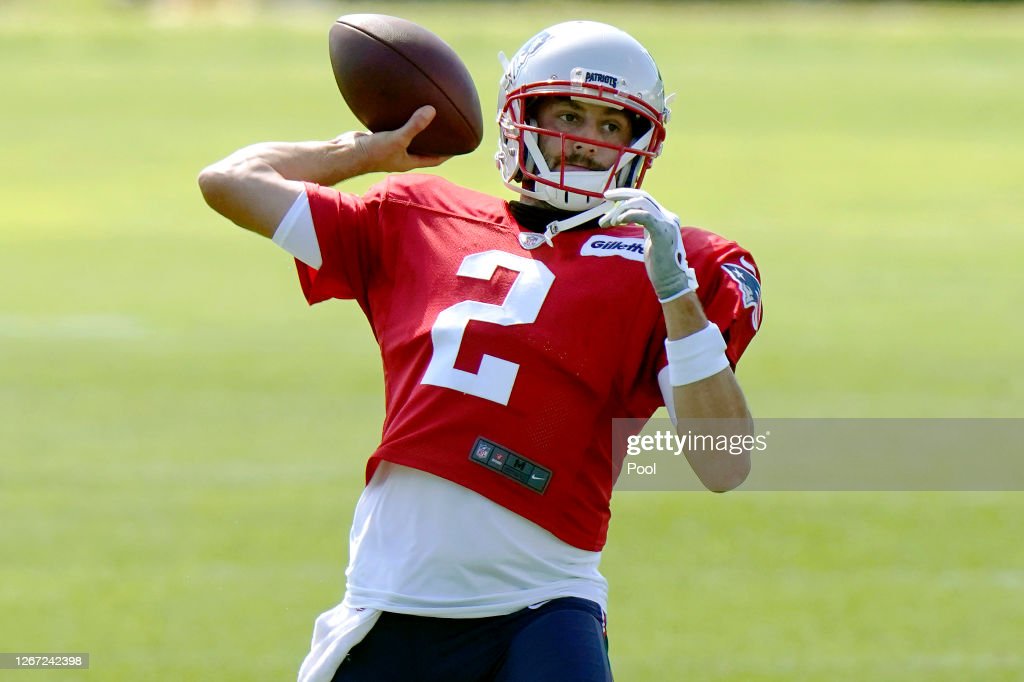 I hope they can figure out a starting QB because there is no way this can actually work. But hey, we’re already in for an odd season. I’m fine with another wild card loss again this year!