The current MLB lockout put a stop to the Mets hot start to free agency. The Mets stated their offseason with striking out on candidate after candidate to fill their general manager position. However, after finally finding their guy in Billy Eppler, the Mets haven’t missed. Well, they missed once with Steven Matz, but that is a moot point. After Steve Cohen called out Matz’s agent on Twitter, the Mets went on a spending spree. 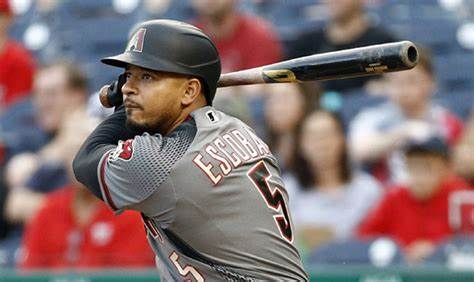 The Mets started their free agency spending with two depth and professional hitters. Escobar and the Mets agreed on a 2-year $20 million deal that serves as the perfect bridge until a guy like Brett Baty is ready for the show. Escobar had a very solid 2021 season with the Diamondbacks and Brewers when he slashed .268/.342/.458 and posted a 2.4 WAR for the season. He brings some more pop to the infield as he posted 28 home runs and drove in 90 runs. He brings versatility to the infield bringing decent defense to every infield position but short.  Overall, Escobar adds a decent bat to the Mets.

Right after the Mets announced the Escobar signing, they came to terms with former A’s outfielder, Mark Canha. Canha and the Mets agreed on a 2-year $26 million contract to bring Canha to Queens. In typical Sandy Alderson fashion, Canha is an on-base machine. Since the start of the 2019 season, Canha has walked in 13.3% of his plate appearances, which is good for 14th amongst hitters that have 1000+ plate appearances in that time. Canha will spend nearly all of his time at one of the Mets corner outfield spots when he sees the field. Canha was a solid hitter for Oakland last season where he slashed .231/.358/.387.

The Mets found their new everyday center fielder when they concluded the day with Starling Marte. Marte was the headliner of a very busy day for the Mets in free agency. They already inked Escobar and Canha that afternoon, but Mets fans went to bed happy when they saw Marte had agreed to a deal with the Mets. Marte and the Mets agreed on a 4-year $78 million contract. Marte has been one of the most productive outfielders since 2016. Splitting time with Miami and Oakland last season, Marte slashed .310/.383/.458. \

Where Marte really changes the game for the Mets is with his speed. Marte will be the Mets everyday center fielder where he can cover a lot of ground. In addition, he utilizes his speed on the basepaths. Marte had 47 stolen bases last season. To put that in perspective, the Mets had 54 stolen bases as a team last season. Marte will add a whole new dynamic to the Mets offense in 2022.

Starling Marte was the gem of the Mets free agency class until Max Scherzer decided to don the orange and blue. The top of the Mets rotation now features Jacob DeGrom AND Max Scherzer. After facing him for years, Scherzer and the Mets agreed on a 3-year $130 million contract good for the highest AAV in MLB history. The Mets were in the market for nearly every top starting pitcher in free agency, but they were able to land the biggest fish. Scherzer’s deal is really the first time Steve Cohen flexed his billionaire muscles and simply outbid every other suitor for Scherzer’s services. Pending health for the both of them, Scherzer and DeGrom may be the best 1-2 punch the game has seen.

The Mets got a lot of their big spending done before the lockout. However, there are still some holes for the team to fill. They still would like to add at least one more starter, another bat, and some bullpen depth. Kris Bryant is certainly on the Mets radar and he would be the cherry on top of the free agency cycle. Until the lockout is resolved, however, there is nothing Billy Eppler can do with Steve Cohen’s money. So far, the Mets have been the biggest winner in free agency, but we all know that games are won between the lines and not during free agency. However, if you are a Mets fan, you should be very happy with how the Mets have faired in free agency so far.