With no live sports right now, I have been spending a lot of time playing sports video games. Most recently, I have been trying to win the World Series with each team in MLB 19 The Show, starting with the lowest ranked teams. The Tigers are impossible. No matter what I did, I could never win more than 87 games in the 8-9 seasons I played. This downtime in sports has got me thinking about some of the best sports video games that I used to play (and still sometimes do when I visit my parents). These are going to be some major throwbacks that will make you want to dust off your PS2 or old Nintendo. 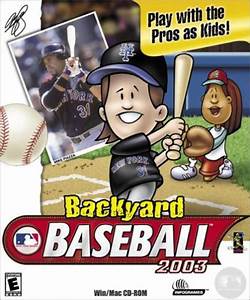 The Backyard sports franchise is legendary. You get a team with Pablo Sanchez, Mikey Thomas, and a bunch of pros and you’re good to go! One of my favorite teams was a Seattle Mariners team I had. Naturally, Ichiro had to be my lead-off hitter. The rest of the lineup with filled with Sammy Sosa, Ken Griffey Jr., and Pablo Sanchez. The cartoon and playground style of the game was amazing. It also brings back a lot of memories of players I forgot were in the league. It has guys like Greg Vaughn, Brad Radke, Bobby Higginson, and Shawn Greene. I had a lot of good memories playing this game, and will play again next time I am in New Jersey. 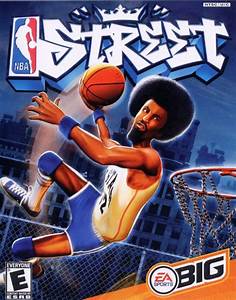 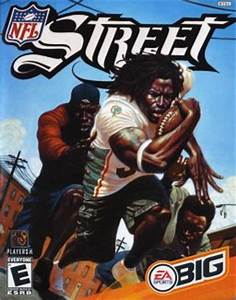 Second, are two games from EA BIG. The NBA and NFL street franchises were filled with unrealistic gameplay but also led to some real highlight plays. My favorite from NBA Street is the double alley-oop. You have one player toss an alley-oop to a teammate who then tosses it to the third who somehow jumped above the backboard. It is a very quick way to get style points and get closer to the gamebreaker. The NFL’s version was just as unrealistic. The no pad version of football is filled with big hits and behind the back throws. For whatever reason, I was obsessed with getting Ricky Williams on my team and would often reload the menu if he wasn’t an option to pick.

Next, we have arguably the best sports video game of all time. NHL 94 for the SNES is easily one of my favorite games I have ever played. Two main memories come to mind when I think of NHL 94. First, there is a way to guarantee yourself a goal. All you have to do is circle the net, come out in front in the slot and take a shot. It will go in every time. In addition to this, my brothers would host the Chatterton Christmas Classic. When they would come home from college, they would play a tournament with every team to decide the winner. The Whalers and Nordiques were still around when the game came out, so that really brought out the nostalgia. 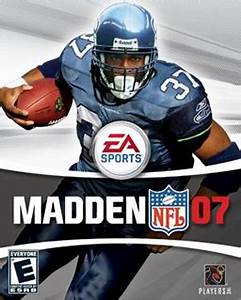 Finally, we have Madden 2007 for the PS2. This is easily my favorite Madden game. I would always do a fantasy draft and be the team with the best jerseys. There was one time my secondary was composed of Champ Bailey, Ed Reed, Brian Dawkins, and Troy Polamalu. Yes, I know some of them had to play out of position. That team once picked off Drew Bledsoe 11 times in one game. In addition, I would also play the Superstar mode. I created a quarterback who played about 20 seasons. He didn’t win the Super Bowl until like year 16 or something like that. And how did my team repay me? My player was a 97 overall who just won the Super Bowl. That offseason, they go out and sign 99 overall Vince Young. This was his rookie year game so people still thought he was going to be good.

Anyway, there were many good teams I made, including a 19-0 Titans team that I made in a fantasy draft. Madden 07 was by far my favorite Madden Game, including some of the most recent games.

I hope this trip down memory lane brought back some good memories for you. It certainly did for me! These games created some great memories, ones I will hold onto for the rest of my life. Maybe one day they will bring back the Backyard sports franchise or NFL Street. They would get a lot of happy customers if they revitalized them. Until then, however, we just have to hold those memories tight, and hope our old system loads when we put the disc in.