The NHL is coming back on January 13th. After months of the league being idle, the NHL and NHLPA finally came to an agreement on how the league will look this season. They agreed on a 56-game season and division realignment. Franchesca published a piece yesterday looking at how the realignment affects the Bruins. The Bruins are one of 8 members of the newly coined East Division. In addition to the Bruins, the New York Rangers, Flyers, Penguins, Sabres, Capitals, Devils, and Islanders are all members of the East Division.

This is looking to be one of the most competitive divisions in all of hockey this season. The Bruins will most likely come out on top at the end of the season, but this is a very important season for the Rangers development.

The New York Rangers boast one of the youngest rosters in the NHL. They have one of the top ranked farm systems that still includes Kaapo Kakko, Adam Fox, Alexis Lafreniere, Igor Sheshterkin, and K’Andre Miller (yet to make his debut). There are still many other youngsters like Filip Chytil and Brett Howden that have been around for a few years now as well. The Rangers are a very young team who are still developing and putting their future in the hands of these young players. 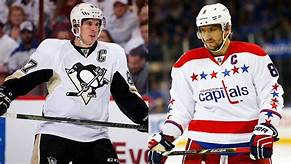 These young guns are going to have their work cut out for them. They are now in a division where they have to face Sidney Crosby and Evgeni Malkin, Alex Ovechkin, Jack Eichel and Taylor Hall, and the entire Bruins roster. The Rangers will most likely finish in the bottom 3 of the division but they will be playing against some really good competition. They will have an opportunity to play against some of the best players to have ever played in the NHL. I would rather them play against these guys and struggle a little bit, then play in the Central Division where they play against the Red Wings and Blackhawks.

The East Division is one of the toughest divisions in the realignment. Personally, I think the East and Canada Divisions will be the two most exciting divisions to watch this season. As we saw with the MLB, anything can happen in a shortened season. The Rangers may be able to make a little run if they catch fire and stay healthy. Missing anytime is crucial for teams. If Ovechkin or Crosby misses anytime, that will be extremely detrimental towards their team success. However, for the Rangers to make the playoffs, they need everyone to stay healthy and perform to their full potential as well as other teams dropping off. It is possible but highly unlikely. Even though they may be in the toughest division this season, I think it is the most beneficial for the development of the baby Rangers.