Recently, Thursday May 12th the NFL announced all teams schedules. We knew the teams each team would be playing but not the order. With the order in place people will begin to speculate how the NFL season will unfold for teams and what records each team could finish with. I am no exception. So here is my Dallas Cowboys Early 2022 Season Prediction. 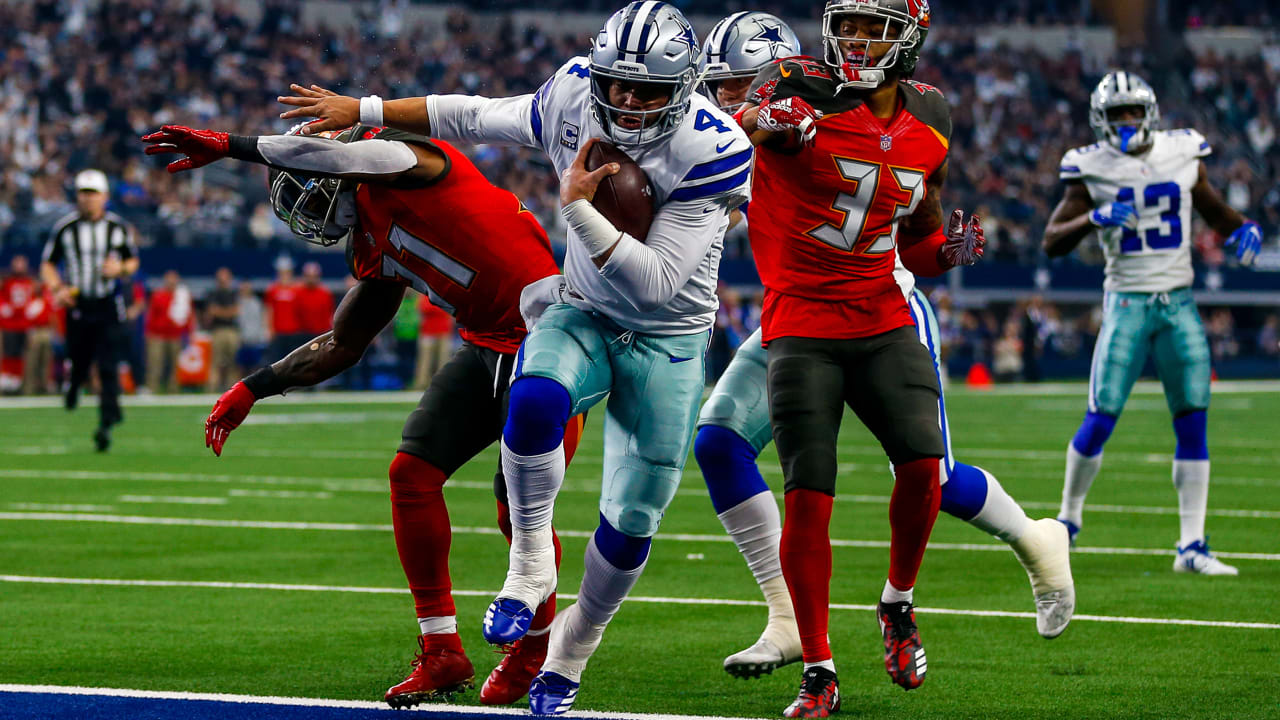 My immediate reaction seeing the Dallas Cowboys are playing the Tampa Bay Buccaneers again for Sunday Night Football is NOT AGAIN. Although last years week 1 matchup came down to the wire. The reason it was so back and forth though could be contributed to the 4 turnovers the Bucs had. This year… I do not expect many mistakes from Tampa Bay. Although it is a home game for the Dallas Cowboys this time around. But, I do not see this playing an advantage. Cowboys please prove me wrong because I have this game as a Cowboys loss. Record: 0-1

Adding the extra game to the NFL season last season resulted in the Cowboys pulling the Bengals for their random extra game in the 2022 season. Great the Super Bowl runner ups… how lucky are the Cowboys here. The luck part will be again that it is a home game. After shaking off the nerves of the first game of the season I expect this game to be competitive. Especially when you look at these two offenses. This game will come down to the wire, but I have the Bengals barely inching out the Cowboys. Record: 0-2

The first road game of the season! This sends the Cowboys to play the Giants. Who it seems like they always play at least once early in the season. It is also a Monday night football game. This game being after two tough games is a sigh of relief. When it comes to the New York Giants, the Dallas Cowboys usually beat them. In all time matchups against them Cowboys have won 71 games, lost 47 games, and tied 2. This game will make it 72 win in my opinion and start their momentum to winning more games! Record: 1-2

After playing one divisional opponent the Cowboys will see the new named Washington Commanders in AT&T Stadium. Even though this team has a new name do not expect a better outcome. In all time matchups against them Cowboys have won 75 games, lost 47 and tied 2. The Commanders are a very similar story to the Giants. The similarities do not end, because the Commanders will also have a early in the season loss to the Cowboys. This game will also be the Cowboys first home win. Record: 2-2

After two divisional games the Cowboys are back to a tough opponent. That opponent being Sean McVay and the Los Angeles Rams. Not only do the Cowboys face the Super Bowl runner up in the first five weeks they also face the Super Bowl champions. The Rams have the weapons on both sides of the ball. They also acquired Bobby Wagner during the offseason. If some how the Cowboys pulled off a win in this game it would make a HUGE statement. Unfortunately I do not see this happening. Record: 2-3

The last of the Cowboys divisional opponents. They will see all three teams within the first six weeks. The Eagles easily are their toughest divisional opponent. All time matchups the Cowboys have won 72 games and lost 54 games. There have been early talks that the Eagles are actually the favorites to win the division. Biased me who hates the Eagles wants to see them lose every time the Cowboys play them. That won’t be the case this season sadly. I think this is the season where home field advantage plays a part in who wins. Eagles have the home field advantage this game. Record: 2-4

The Bears lost Allen Robinson since he became a free agent and signed to the Rams. He was probably the player I knew most about when it comes to the Bears. Personally I see the Bears as one of those teams that is in “rebuilding” mode, they have some pieces but are still working on being contenders. As I mentioned in the Lions matchup they have a couple easy games. This is the second of them. Cowboys win at home again right before entering the Bye. Record: 4-4

The Cowboys come back from the bye to face what will be the toughest away stadium to play in, Lambeau Field. Not only that with news that Aaron Rodgers will be with the Packers again. They are without Adams who moved to the Raiders, but Rodgers has a way to make success with the offense he is around. Packers are usually a force, Needless to say this game could be brutal. Record: 4-5 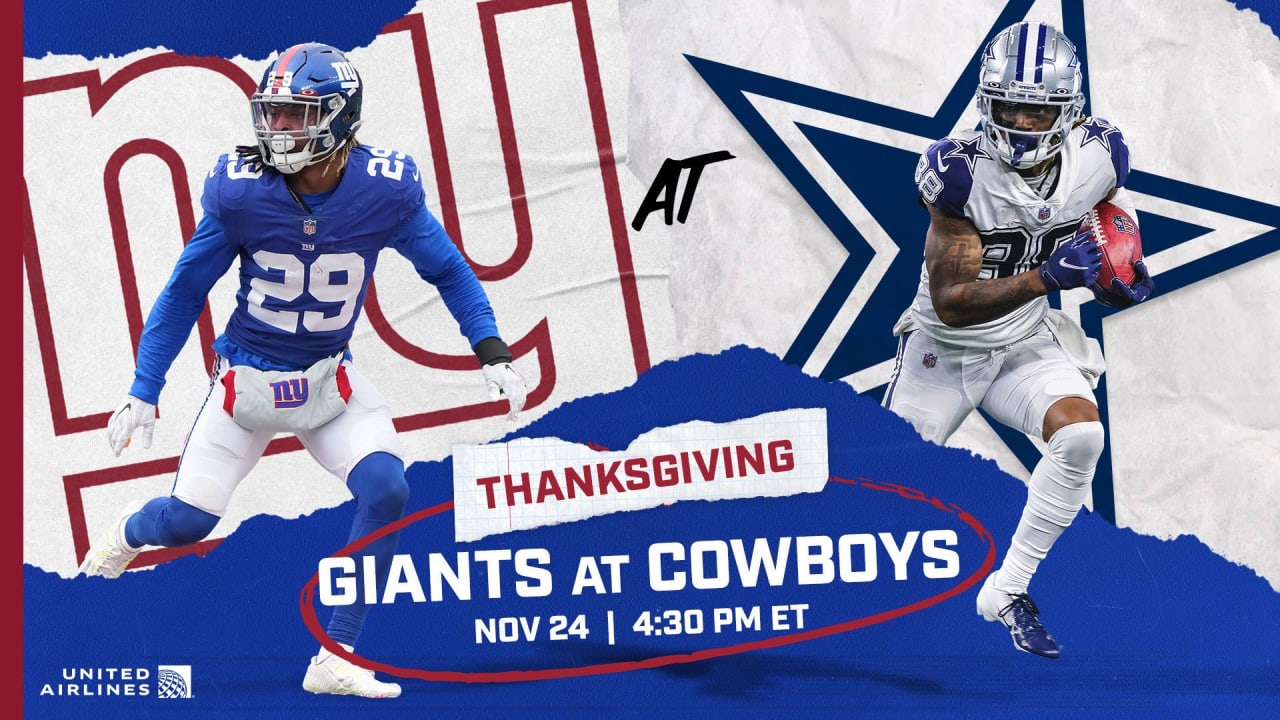 When the schedule release came I let out a nice sigh of relief with a finally an opponent on Thanksgiving the Cowboys can beat. It has been 3 seasons of disappointment on Thanksgiving Day. Which if you are like me Thanksgiving is a big day for Cowboys football. The last Thanksgiving game the Cowboys have won was 11/22/2018 against the now Washington Commanders. Needless to say I think this is the year the streak of losing ends! Record: 6-5

Two words Jonathan Taylor… easily the RB that should be going first in NFL fantasy football drafts. Last season he rushed for 1,811 yards and 18 TD’s. He was the playmaker for this team and the key to success for the Colts in this game. Why? Because the Cowboys run defense is not great. That does not mean it won’t approve this season but it is my major worry in this game. If the Colts get in a groove they could run away with this game. But if the Cowboys defense comes to play it could be a close battle. Record: 6-6

The battle of the Texas teams. These two have only matched up 5 times. The latest being 10/7/2018 with Cowboys losing 16-19. Since that matchup the Cowboys have become a better football team, and the Texans I could argue got worse or are still in rebuilding mode. This is one of those games that the Cowboys should win in their schedule. Record: 7-6

Speaking of easier games that the Cowboys should win the Jaguars should be another one of those. Although this team is starting to look more complete. Lawrence just needs that weapon he can throw to could it be Christian Kirk or perhaps Evan Engram. Maybe? However, I still think the Jaguars are going to take the year to figure this one out. The Cowboys on offense already are complete with Dak’s go to guys. Which is why they should win this one too. Record: 8-6

As I stated before this season I feel like home field advantage will play a huge role in these teams head to heads. Honestly, this is the matchup against Eagles I would prefer for them to win. It will be towards the end of the season where wins will really start to matter for the playoffs or division title. Record: 9-6

The Titans are a team that are complete in almost all places. Ryan Tannehill I am personally not sold on at QB. In fact saying he would not want to mentor rookie QB Malik Willis. A quarterback is one of the key components of the game. If they can get past that issue and come together as a cohesive team it will be a match. It is one of the Cowboys harder games, but with the tougher opponents the Cowboys have to win some. I think at this point in season it will be a do or die game for Dallas. I believe they rise up to the challenge to win this one. Record: 10-6

The final game of the regular season and what better way to close out then the classic Cowboys vs Commanders match up. But, usually by the final week the divisions are decided and the playoffs are sealed. However, this is the NFC East who never play by those rules and tend to wait till the final weeks to have a division winner and a possible other team in the wildcard spot. Depending on how the season goes will decide if Cowboys rest starters this game or not. This will be a game that will be decided by that alone. If the starters aren’t playing they lose and if the starters are playing they win. I am going to go with my gut and say starters are playing… Record: 11-6

Where's your team at? pic.twitter.com/6RO1hPEITx

This season the Cowboys play the easiest schedule in the NFL, shoutout to playing the NFC East 6 times. But, they also have some harder games that are going to prove if they can be contenders. The NFC East division has not had a repeat division since 2004, which is the longest in league history. With that said could the Cowboys change that this year? Personally my money is on no with the Eagles emerging as favorites, but I can see them making a play for a wildcard spot. Anyway this season could turn out to be a good one! I have Cowboys 2022 season prediction of them finishing 11-6. This includes a nice win streak at the end of the season after much back and forth. There will be some close games, some competitive games, maybe some blow outs and more jokes about the NFC East division. But in the end GO COWBOYS!