We learned a lot about the 2020 Buffalo Bills. The team has so much talent on the roster and they also had a good draft class. One rookie that made an impression on the roster, wide receiver Gabriel Davis. In this article, I will break down his 2020 season and if he can take the next step going forward.

Let’s go back to the 2020 NFL Draft. In the fourth round, Buffalo selected Davis with the 128th pick. When the team first selected Davis, I thought he would be a guy who would either barely make the roster and not play that much or be on the practice squad. Especially on a team that has Stefon Diggs, Cole Beasley and John Brown, I didn’t think he was going to be a key piece. Little did I know he was going to be a factor during the regular season and in the postseason.

Looking at his regular season stats, Davis had a good year. According to Pro Football Reference, Davis had 35 catches for 599 yards and caught seven touchdowns. Sometimes he would be wide open and other times he would make some catches where he had to drag his toes. When John Brown went down with an injury, Davis stepped up big time and made some great plays for the Bills during the regular season. 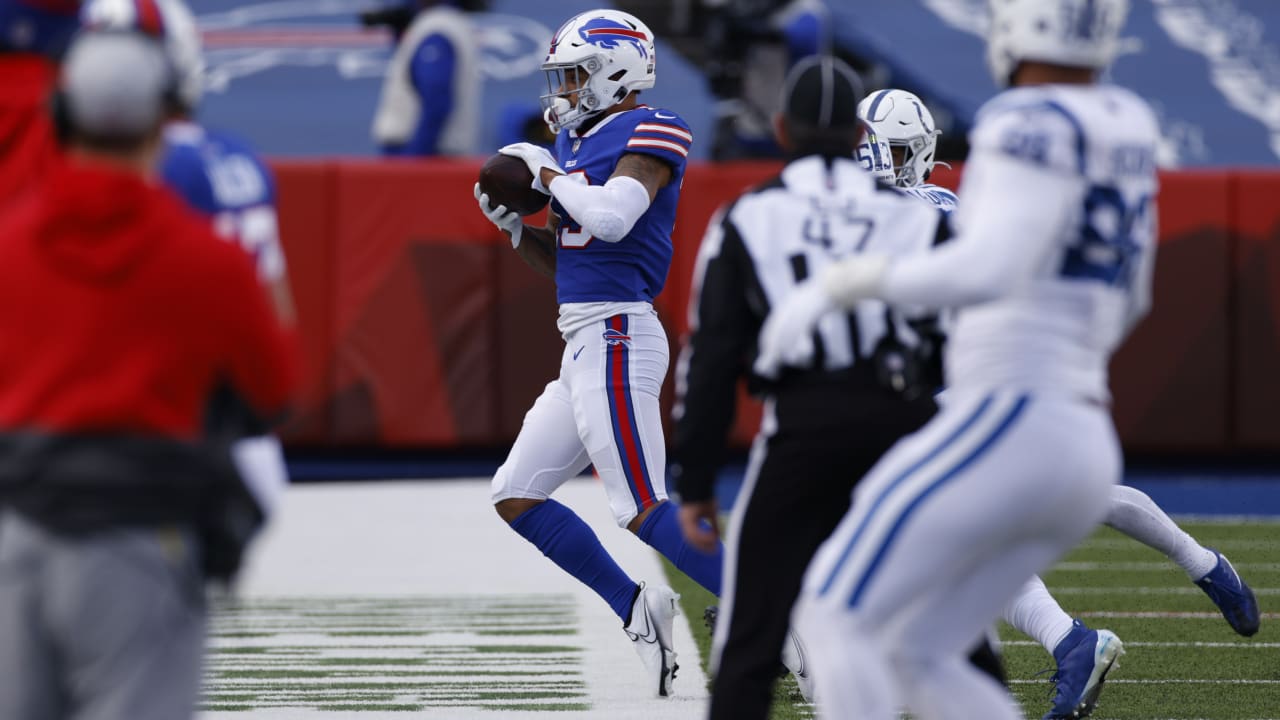 Going to the playoffs, Davis made an impact in the wild card game against the Indianapolis Colts. I’ll talk about that game next but in the playoffs, David caught four passes and registered 85 yards. Going back to the wild card game, Davis showed me and every Bills fan why he was drafted by Buffalo. Remember when I said he made a lot of toe drag catches? Well in that game against the Colts, he caught two catches that he made look easy. You can see the two catches in the video below.

Taking the next step

Going into the 2021 season, I have a feeling John Brown won’t be on the team. Brown still has one more year left on his contract but there has been some speculation the Bills might release him. For the record, I don’t know if he will be on the roster or not, I’m just saying this assuming he won’t be on the team next season. Now, if the Bills do indeed let go of Brown, I do think Davis can take the next step. He had a very solid rookie season and I think he’ll be even better next season. We’ll see what happens in the offseason but if Brown isn’t on the roster, I think Davis will be ready to take the next step forward. To see his rookie year highlights, check out the video below.